Sleigh Bells take the Phoenix crowd for a ride

After rescheduling their February 18th show for a spot on Saturday Night Live, Sleigh Bells played The Phoenix last night to a packed house. Toronto band Trust opened, (not to be confused with the French 80s rock band) who you can read more about here.

I don't think their huge sound translated very well to the SNL stage, nor do their recordings do them much justice. As our photographer noted, Sleigh Bells are a band to experience live. Frontwoman Alexis Krauss had control of the crowd from the second they stepped on stage to about an hour later when it was all over. Guitarist Derek Edward Miller, who formerly played in the hardcore band Poison the Well ("Cool!" â 15 year old me), was joined by touring guitarist Jason Boyer to round out the duo's sound. 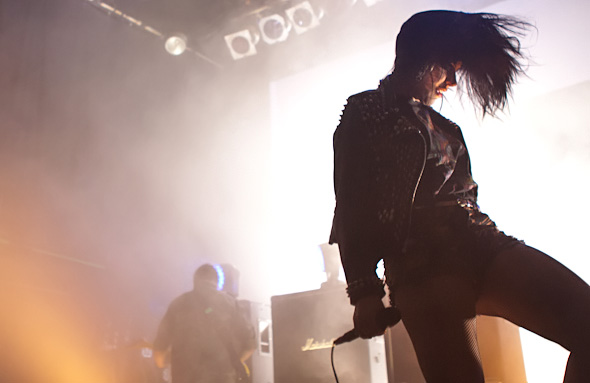 Sleigh Bells take huge guitar riffs, heavy beats and repetition to make a sort of noise pop. Combined with layered vocals, their sound is incredibly powerful. With the bass shaking my entire body (most noticeably the tip of my nose....is it really that much further out there than the rest of me?) Krauss managed to make seemingly everyone feel at ease despite her cool confidence. 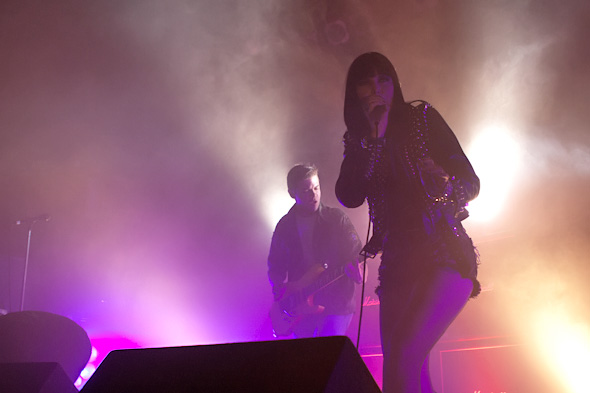 She has the energy of a jack russell terrier on speed (or rather, an incredibly fit, professional performer). She's also an amazing hype-woman. Throughout their set she shouted encourgement: "who wants to dance with me? Come on guys don't be scared! I wanna hear you screeeeeeaaaaaaaaaaam!" I mean, the entire venue was dancing and jumping all the way to the back. 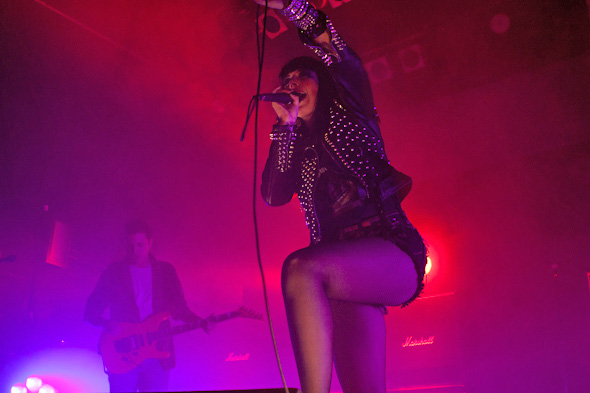 They took their time getting into Infinity Guitars, building the excitement in the crowd. The only unpleasant moment of the night was when a couple beside me thought it was a good time to get to third base during the song Rill Rill. Yes, a lot of their songs are sexy, and yes I am at times an awkward prudeish loser who attended this show alone, but still. 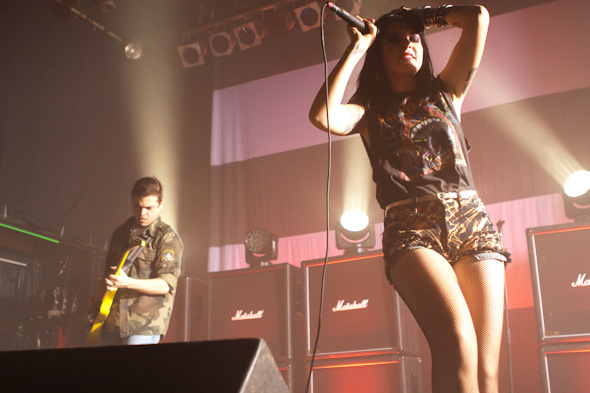 Krauss gleefully crowd surfed during multiple songs, including the last of the night. When she reached the stage she shouted "...it's been an absolute pleasure and I'm sorry I stepped on your head!". 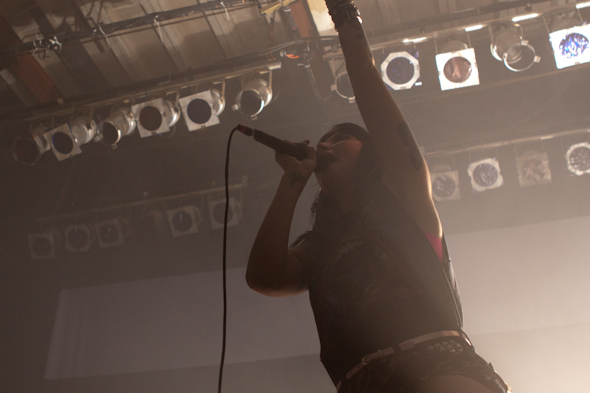 Sleigh Bells played for just under an hour, showcasing songs from both 2010's Treats and recently released Reign of Terror. They were unnecessarily loud, a lot of the crowd was way too drunk, the constant strobe light was an added sensory assault and it was a really great time.