Rich Aucoin steals the show at the CMW Indie Awards

With seven bands gracing the Canadian Room stage inside The Fairmont Royal York Hotel on Saturday night, there was sure to be a runaway winner at the CMW Indie Awards for 2012. 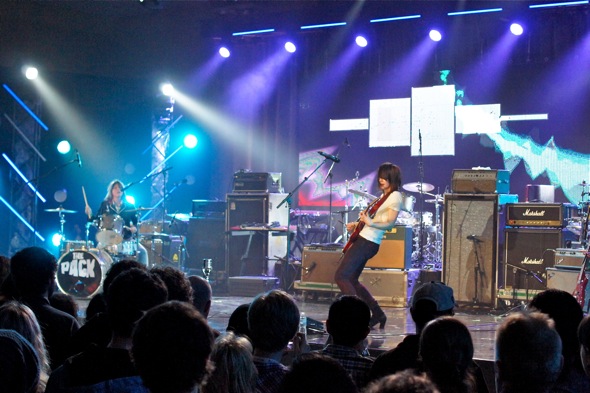 The Pack AD got things started off and the crowd took a while to get responsive. 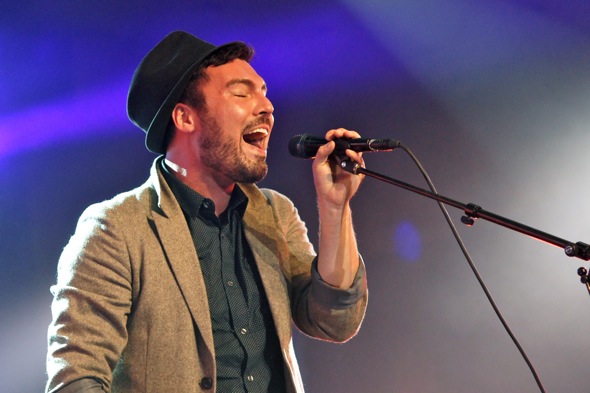 I was impressed by Young Empires' energy and tight sound. I'd never seen them before but I'd certainly look out for a standalone show of theirs after their short set at The Indies. 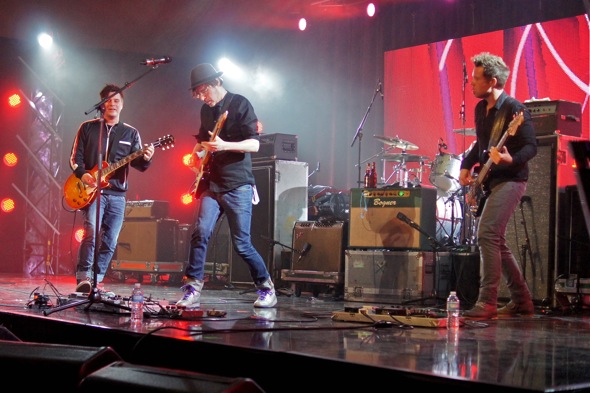 Hall of Fame Inductees Treble Charger put on a sonically sound set, but they didn't really engage the audience like some of their younger counterparts. 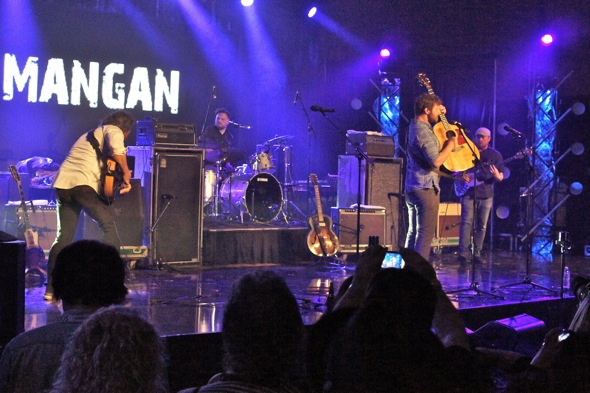 Local hero Dan Mangan was up next and, by the cheers he got, his following is surely growing. 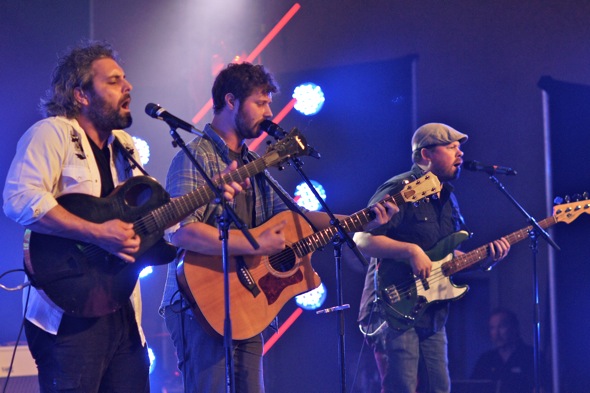 Mangan, after all, won Favourite Solo Artist of the Year. 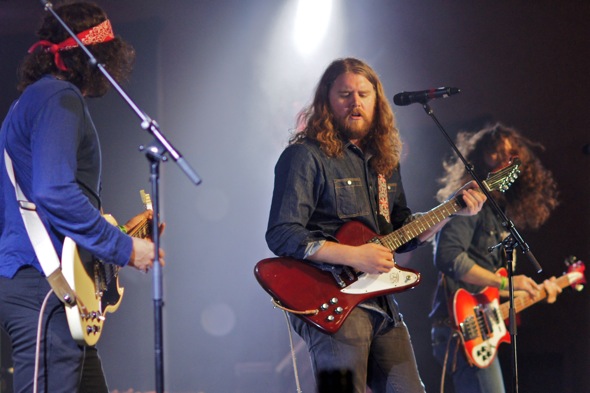 The Sheepdogs cranked it up a notch, blazing ahead with their shaggy hair, brazen guitars and sweet harmonies. 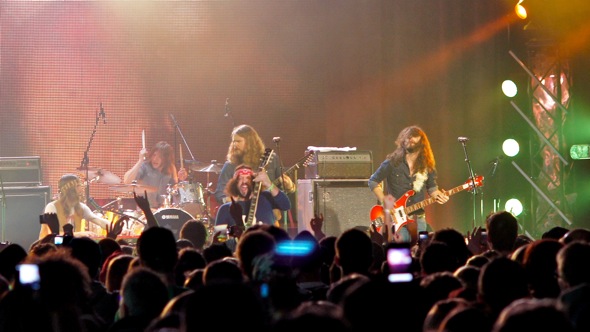 These guys know how to jam and they were unafraid of letting loose on the crowd. They invited Free's Paul Rogers on stage and played a rousing version of All Right Now -- which was released before I was born, but is still a rockin' tune. The mostly 20-something audience probably had no idea who he was, but rocked along regardless. 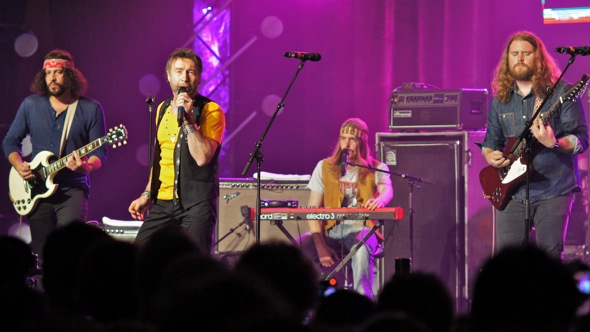 You can catch The Sheepdogs at Osheaga music and arts festival in Montreal in early August. 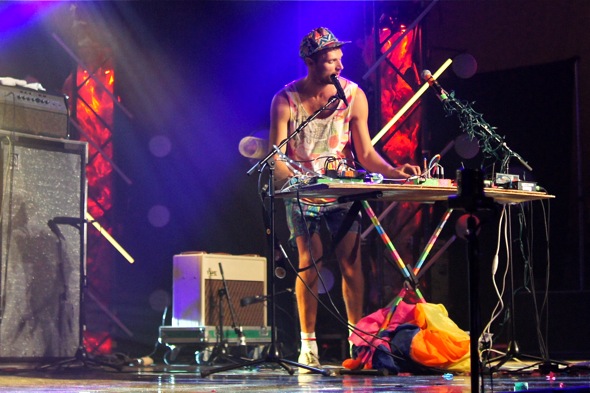 Rich Aucoin wasted no time engaging his audience. He didn't spend too much time on stage behind his keyboard. 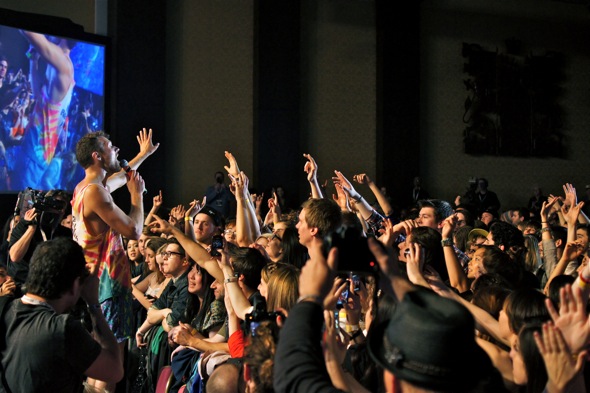 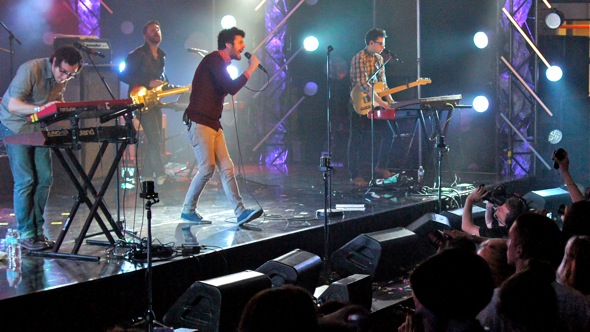 Hailing from Cambridge, MA, Passion Pit brought their pure pop sensibilities to The Indies. Led by singer Michael Angelakos, they kept the energy high through to the end of the night's festivities. 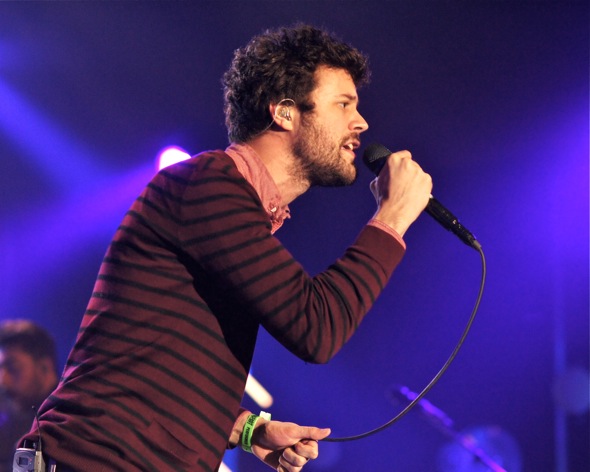