Kyshera, the progressive alt-rock trio from South Wales, played a show at the Global Backpackers' Departure Lounge on Friday night. It was my first time seeing them in action, and I was blown away. These guys are truly something special.

Known for their overtly political lyrics and their wild, almost-schizophrenic music style, Kyshera has been around for almost seven years. I must admit that I wasn't familiar with their work prior to last week, but after seeing them on Friday night, I'm a full-blown convert. This is a band that absolutely must be seen live, and I can tell you with absolutely no hyperbole that it was one of the most enjoyable live shows I've seen in recent memory. 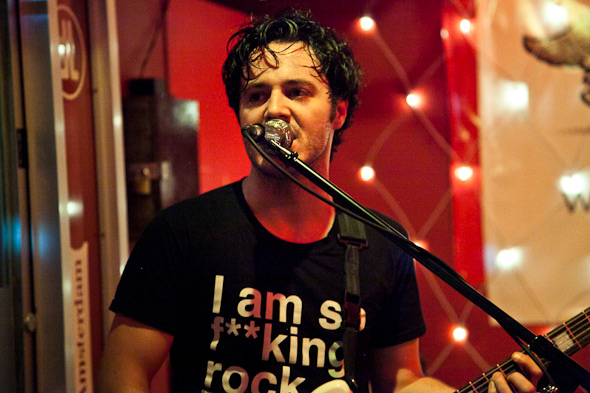 A lot of this had to do with the fact that the Departure Lounge was an ideal choice of venue. I had never been there before, but came away pleasantly surprised. It's small, intimate, and has a terrific atmosphere. As for the crowd, it was amped up from start to finish. The beer was flowing, people were dancing (or attempting to, anyway), and it was clear that everyone was throughly enjoying themselves. 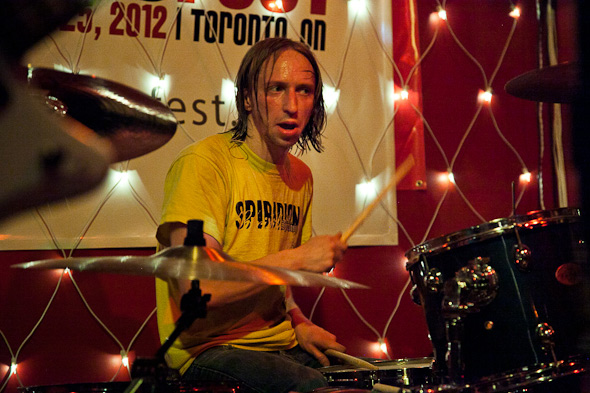 As for Kyshera? Man, oh man, do these guys have energy to spare. Their set was relatively brisk at about an hour, but they didn't slow down for a second. Frontman James Kennedy seems to have an endless supply of energy, as he bounced around the stage and ran into the crowd countless times throughout the set. The passion he has for his craft was evident on tunes such as 'Paradigm' (which he referred to as a 'progressive beast') and 'Kill the Messenger,' where he laments "The editors of reality, remote controlling humanity, the voice of wealth and power, and the product that they sell is access to you." It's heavy stuff, but it's a joy to witness it live. 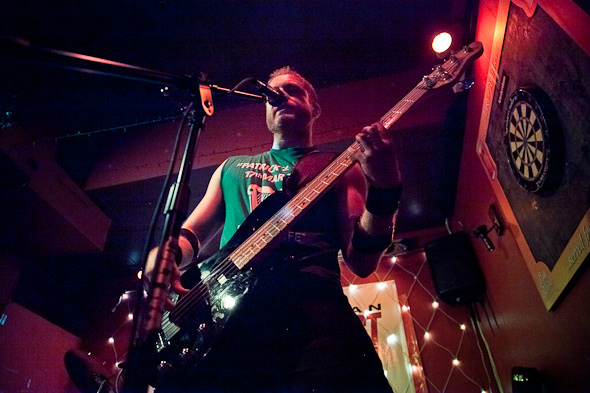 The band showed off their diverse catalogue with songs such as 'Lust,' 'Terrorists,' and 'Know Your Enemy,' and even led the crowd in a rousing singalong of 'If You're Happy and You Know It.' Pointless and fluffy, maybe, but most importantly, it was fun. In fact, this is the best thing I can say about the show overall - it was nothing less than immensely enjoyable. I didn't want the set to end, and I will definitely be keeping my eyes open for the next time Kyshera comes to town. It's refreshing to see a band who obviously loves what they do, and I highly recommend that you check out their stuff. 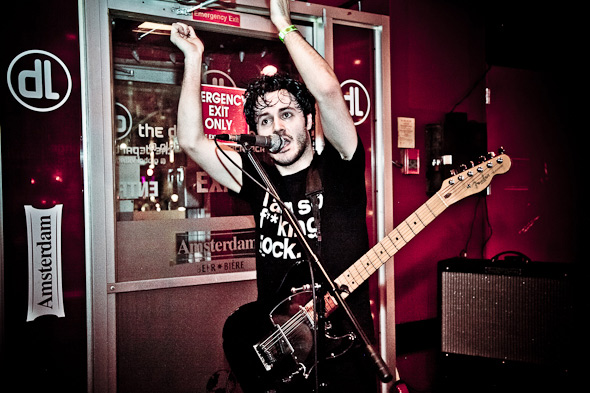