Islands get the church house rocking

On Tuesday night, Islands, the Los Angeles via Montreal band, played at the Music Gallery. Despite a slow start, they would go on to play a strong set as they did their best to take advantage of the unusual space. 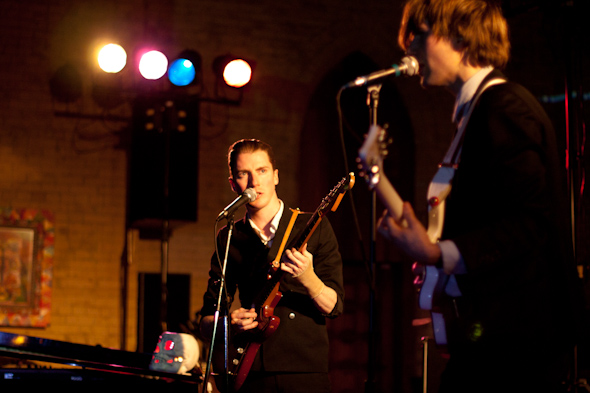 Islands started the night with "This is Not a Song," a tune that sounds a bit too much like John Mayer's "Slow Dancing in a Burning Room," and that, dare I say it, is probably not an artist an "indie" band wants to associate themselves with. In fact, one of the issues with the early part of the group's performance was that it contained one too many of the band's slower and, I would say, weaker songs. Thankfully, after their sluggish start, Islands worked their way to their stronger material, which set up a strong finish to the show. 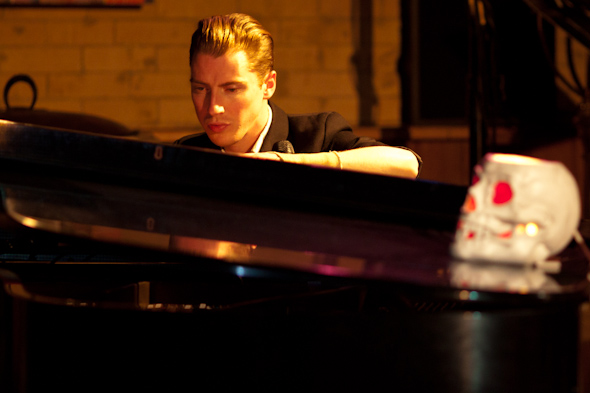 One of the songs that signalled a shift in the night's tone was "Shotgun Vision." It was obvious throughout that the band's frontman, Nicholas Thorburn, was a talented guitarist, but it really became apparent with this number as the frontman delivered the song's main riff with a kind of urgency that had been sorely lacking before. My favourite performance, however, came when Thorburn joined his bandmate at the piano and, along with the rest of the group, played "Hallways." The song has a palpable energy that's merely suggested in the original recording. For the live version, Islands managed to coax a rollicking energy out of its bones. 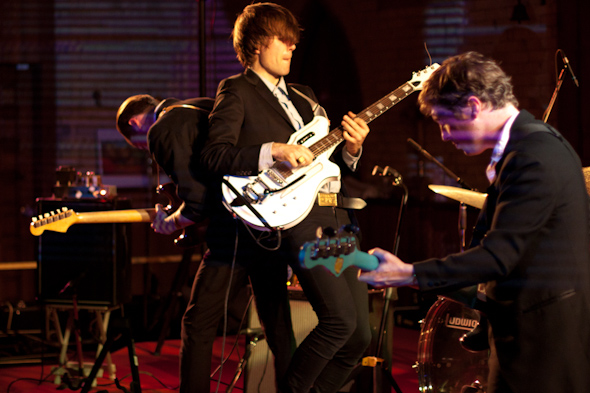 And as the band gained momentum, so too did the audience. At the start, attendees were casually sitting in the Music Gallery's church pews and leaning against its brick walls. As the night progressed, there was a gradual shift to the front of the venue . The girl sitting next to me exploded into a flurry of action when the band played the tenth song of their set, "Creeper". When it came time for Islands to play their encore, almost everyone in the audience was on their feet. 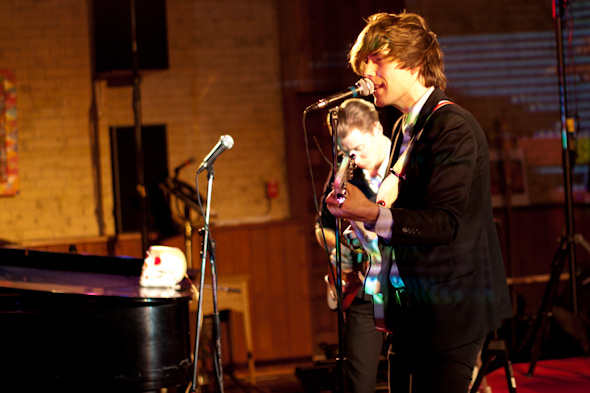 This was my first experience seeing a concert at the Music Gallery, and it ended up being an excellent one. Not only were the acoustics of the small venue great, but the band also decided to take advantage of the unique setting. It was difficult to decipher what Thorburn said at times because of his soft drawl, but I did catch him say say,"Thank you. Hail Satan." A somewhat predictable comment given the setting and occasion, but the remark still drew laughs from the audience. All told, Tuesday night was the most fun I've had in a church in a long time.