Get to know a DJ: Torro Torro

For this instalment of our series on local DJs, I spoke to Torro Torro. The group, consisting of Evan Norton and Mike Gonek, is best known for their Slowed Night, though they've been a part of the greater Toronto scene for the past several years. The duo — along with the previously featured Lucie Tic — uses their monthly residency as a venue to showcase and explore the emerging sounds of moombahton — don't worry, we go into exactly what moombahton is later in the interview. I spoke to the guys before they were about to leave for Austin, Texas to take part in SXSW. 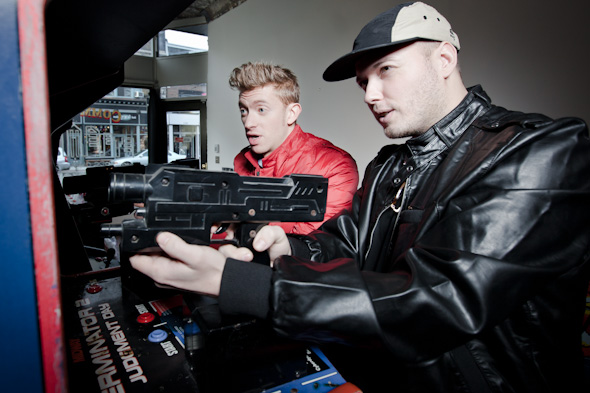 How did you two meet and decide to start working together?

Mike: We had a mutual friend who told me Evan wanted to start a project. I had been involved in a bunch of different production projects prior to Torro Torro and, like Evan, I was looking for something where I could really get my hands dirty on deejaying and the production side of electro and house music. When our friend introduced us to one another, we kinda just clicked.

Evan: We also both went to U of T at the same time.

Mike: Yeah, that's the link, but we didn't actually know each during our time there.

How does the dynamic between you two work when you sit down to make a track?

Evan: Out of the gate, we were both learning the craft of electronic production. At that point, it was two heads going into the studio, and spending a lot of hours trying to navigate through the experience of producing, seeing what formulas worked, and crafting our own sound. Now, we've come to the point where there's a certain balance between the two of us working together in the studio, and each of us spending our own time to craft ideas and find stuff that we'd like to share and hone in on once we're back together.

Mike: Like Evan said, we've worked together for so long that we started to know what sounds each of us likes. Had we not spent this time together, I don't think we would be able to go out on our own and bring stuff together the way we do.

Evan: Yeah, we did that for a good year-and-a-half ago to almost two years, and I would definitely say that it took us that amount of mutual time and effort to establish the identity of the group, and to know the bounds of the group so that neither would go into some completely uncharted territory that does not reflect us as a group.

Mike: Obviously, the project changes based on where we are creatively and what we're listening to at the time, too.

Before telling us about your work in moombahton, can you give us a definition of moombahton that goes beyond the technical aspect of the genre and explains some of its aesthetics?

Mike: Well, I'd first say that it has to exist to between 108 and 112 BPM. That said, there's lot of more to moombahton than just the tempo. More importantly, it's about the sounds that go along with it. You can obviously hear elements ranging from dembow to dubstep, electro, rave elements, deep house, rnb, and rap. I think at the end of the day it's a bit open to interpretation and if its done effectively, I wouldn't discount any one style. If it works on the dancefloor, thats the main thing that counts.

How did you two decide to make the move to moombahton?

Evan: Well, it started with some of our tracks being slowed to down to the moombahton speed of 108 (BPM), but it also had a lot to do with our connection with T&A Records, which dropped the first moombahton EP (T&A Records would go on to help Torro Torro release their single, "Knockin' Boots.")

I think it also intrigued us because we weren't born and raised on 128 dance music. We have a big knowledge of club music, which has always had a strong presence in the 100 to 115 beat per minute range. The range of tempo in which moombahton songs are played at has this natural swing that people like to dance to.

Mike: Yeah, its like more of a jog than a run. It felt natural to start making these kind of songs because we had been doing up-tempo stuff with our previous work, and it felt good to try something new. It was also a new challenge that really opened us up to the space between the notes. 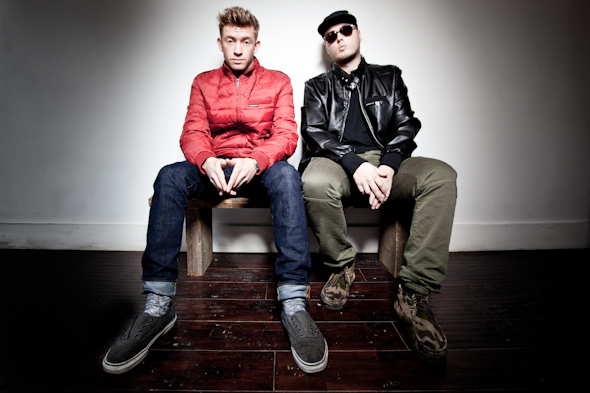 Can you take us through how you two started the Slowed Party? How it's been going? And where you plan on taking it?

Mike: Yeah, so we started the event on the basis that we had just begun making moombahton tracks and had been including them in our DJ sets, though we quickly realized that there wasn't a forum for it in the city at all, so we started a party down the street, at Blondie's, and it naturally grew over the past year to the point where we've had to change venues several times.

After Blondie's we moved it to the Crawford before moving it to the Garrison and now we're at Wrongbar — we've been there for about four months. We ended up teaming with Embrace so that we could bring in bigger acts like Nadastrom. It's been going really well. We're keeping it monthly so as to not wear it out. We've taken a pride in pacing people and introducing them to new music. It's been great that we've had a receptive crowd that's eager to hear whatever is new to the scene.

Evan: I think people were initially attracted to our Slowed event because of the rise of moombahton as a sound. And as much as Slowed is more of a tempo driven party now, initially people came because they wanted to hear this thing called moombahton, even if they only knew it as this genre of music that had been making slight ripples on the Internet.

Mike: We're going to SXSW. It's going to be our first time at SXSW, so we're super excited for that. After SXSW, we're off to Miami before starting on a Canadian tour. In the meantime, we're also working on a up-tempo EP in the vein of our older stuff. There's a lot of stuff we're super excited about.