On Friday night, Young Empires played at the Horseshoe to celebrate the release of their debut EP, Wake All My Youth. And while it's been a busy week for the Toronto band, with appearances on the Edge and MTV Live, they did their best to end the week in style with a sold out show at the Horseshoe. 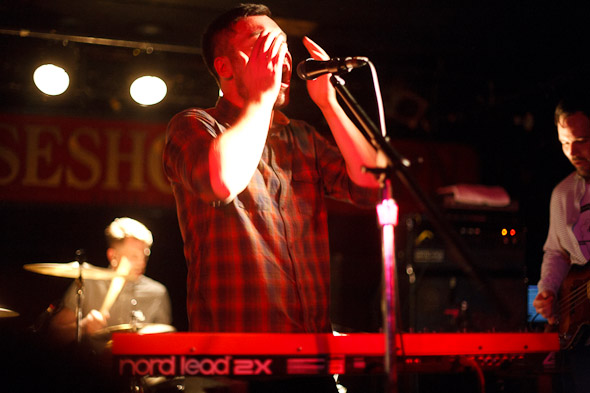 The band opened their set with "Rain of Gold." The song, propelled by an unlikely looped flute sample, turned out to be an ideal way to excite the Horseshoe's still limbering crowd. At first, singer Matthew Vlahovich seemed to be forcing the song's chorus of "Echo, echo / wake all my heart / wake all my love / wake all my youth." Thankfully, Vlahovich settled into a grove as the show progressed, and by the band's third song, "Against the Wall," it was obvious that the frontman was totally engrossed in his material. 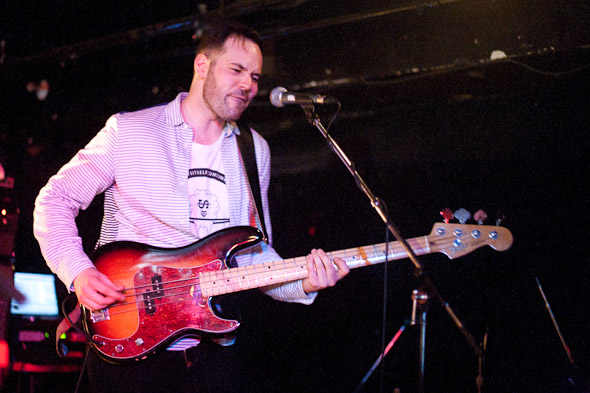 Coincidently, "Against the Wall" turned out to be one of the highlights of the band's compact set. The song features the kind of precise, melodic guitar riff that John Frusciante was pumping out right he returned to the Chili Peppers. Juxtaposed against the guitar riff is a heavy layer of synths. On paper, many of the band's songs shouldn't work, but the fact that they do, and many of them are exceptional in how well they fit seemingly disparate sounds together, is a testament to the band's musical sense. 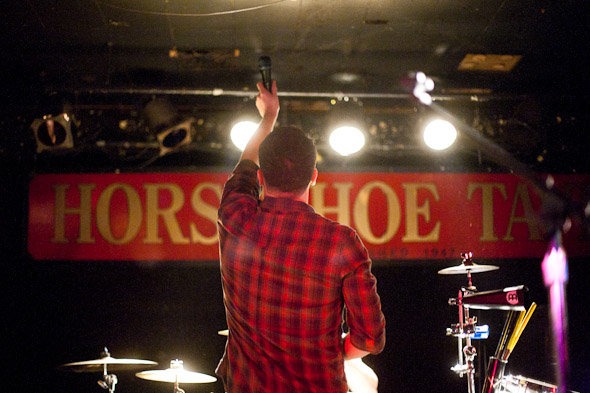 Towards the end of their main set, the group asked for the house lights to be dimmed. The request was a prelude to the band playing "Glory of the Night." It was at this point, when the band was playing their most thoughtful songs, that they were at their best and that they seemed to connect with their audience. 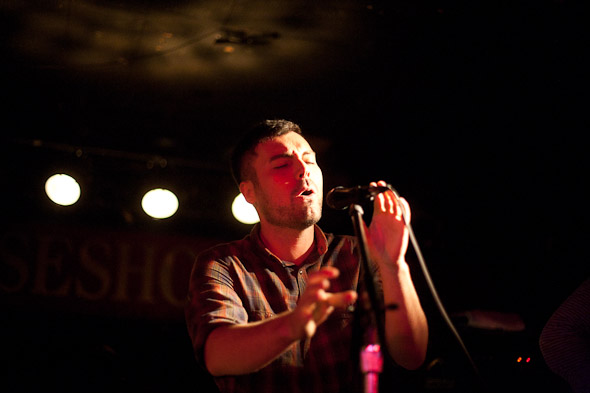 After a brisk seven song set and a short absence from the stage, Young Empires returned to the Horseshoe's stage to play a two song encore, the latter song of which was the incendiary "Enter Through the Sun." By this point in the night â well past 1:00 a.m. in the morning â the audience started to thin out, though that proved to a blessing as the song's chorus of "We put this house on fire" did exactly as promised and got the audience dancing. Not a bad way to end such a successful night and week. 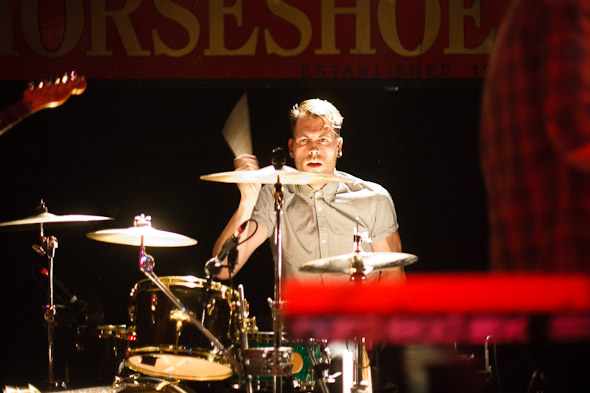 (Unreleased Song)
Enter Through the Sun