Wavelength 12: Night one in review

The rumours are false: Wavelength is alive and well, and Thursday marked the kick off of their 12th Anniversary Festival, a four day fest at four different venues around the city, which by Sunday will have showcased twenty predominantly local artists and bands.

Wavelength has put together a bio of each performer in the fest including each act's first WL show, so it's confession time: this is only my second wavelength anything, ever. I have foggy memories of trudging through snow to see a friend play the Garrison in the dead of winter, and of the spunky MC (Doc Pickles, aka Duncan MacDonnell), but that's the end of my personal Wavelength history. Writing about an unfamiliar Toronto institution is intimidating, but since Thursday's Parts & Labour line up ranged from funk to psych to hardcore noise, I decided it's better late than never.

Loose, seven piece calypso ensemble Eucalyptus, their double bass nearly touching the ceiling, coaxed early comers into the night and into the fest, and then Randy Gagne took the stage as Man Made Hill. 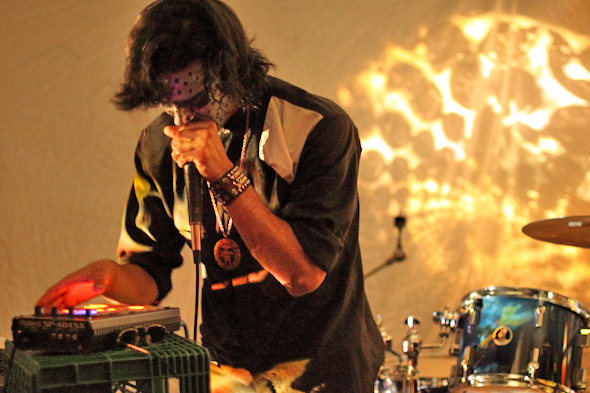 Wearing metallic corpse paint with polkadots and the most ornate, sparkly belt I've ever seen (Gagne, where the hell did you get that?), Man Made Hill brought audio diversity to the fest right away, yipping and yeah-ing over his electronic dance compositions. The irreverent, high energy set embodied the cheeky spirit of new weird Canada and stoner psych.

Cameras and notepads were everywhere as Slim Twig, led by charismatic Max Turnbull, began. Besieged as they were by the same feedback each act battled in turn throughout the evening, nothing could stop the dark drama of Turnbull's rockabilly-villain stage persona and his band's twisted, Lynchian sound. 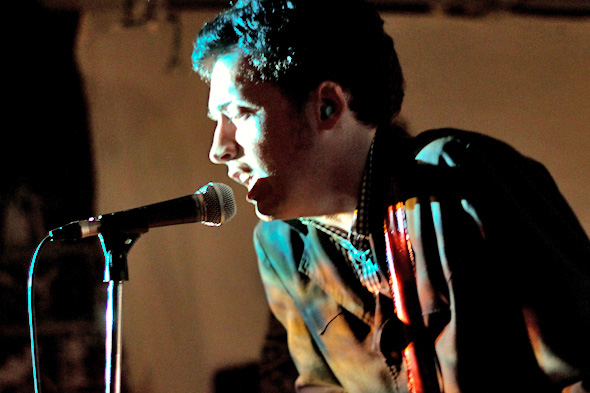 Even when a drunk dude grabbed the mic from Turnbull to profess his love (was it love? It was hard to tell with all the reverb) for Parts and Labour (or something), the band kept playing while security wrestled for the microphone. A spontaneous, movie-cliche moment during the set of a cinematic band - maybe this was what kept people coming out to Wavelength Sundays all these years. 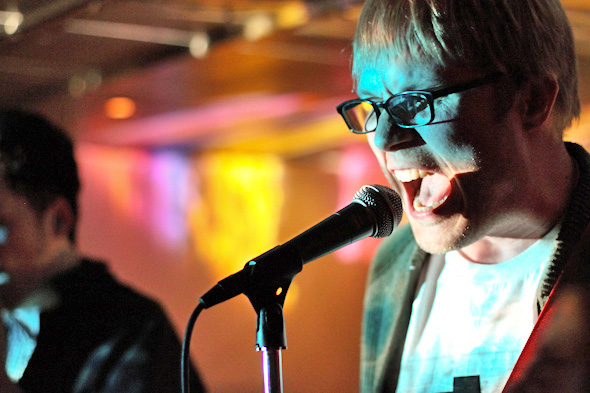 Odonis Odonis took up moody surf noir from where Slim Twig left off, increasing the noise and turning the atmospheric psych of the previous set into a loud rock the crowd could dance to, heavy as it was.

When Metz followed with their crazy hardcore in the band's first performance of the year (you couldn't tell â these guys have it together), I compared it to the night's chill beginning. We'd come a long way in just one show... and there are still three more days to go.