The Parts & Labour crowd gets rowdy for Ladyhawk

Ladyhawk haven't released anything since 2008's Shots, so when they reappeared for a two night stint for the second year in a row at "MattyFest 2012" (a birthday celebration for Parts and Labour's head chef), tickets sold out quickly. Their Saturday night show, with Shotgun Jimmie and Marine Dreams supporting, was a sweaty mess of rock anthems.

The place was packed and most of the crowd was in a rowdy mood. In fact, after someone smashed a full bottle of beer on the ceiling, spraying most of the crowd, lead singer Duffy Driediger suggested, "a little less NYC hardcore a little more Toronto good times." 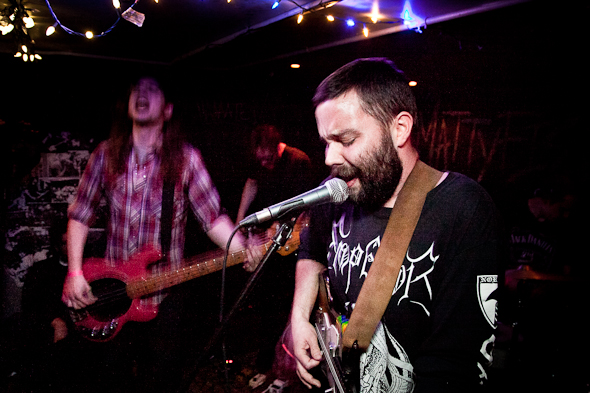 They opened with "The Dugout," which sounds like a classic rock anthem even at first listen. They played a few new songs, hinting at an upcoming album release with Driediger telling the crowd, "...we don't give a fuck if you like them. Just kidding â we totally care". 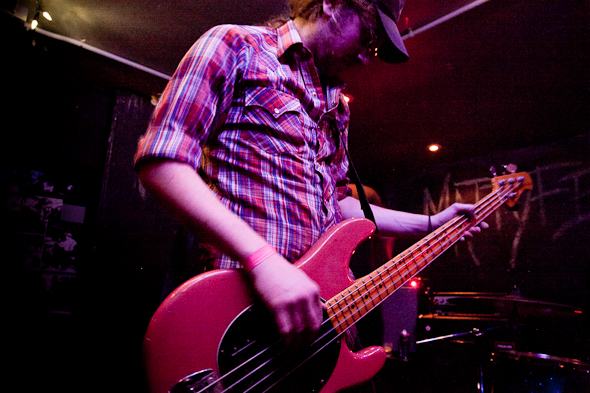 Most importantly, everyone was well aware which Ladyhawk they were seeing. I saw them play in late 2008 at Call The Office in London where I witnessed some classic frat boy douchebaggery: two guys thought they were seeing Ladyhawke, the New Zealand singer-songwriter, even after buying merch with the foursome's faces on t-shirts. You can read the whole story on Ladyhawk's blog, which is always hilarious and not unlike Duffy's quips this past Saturday night. 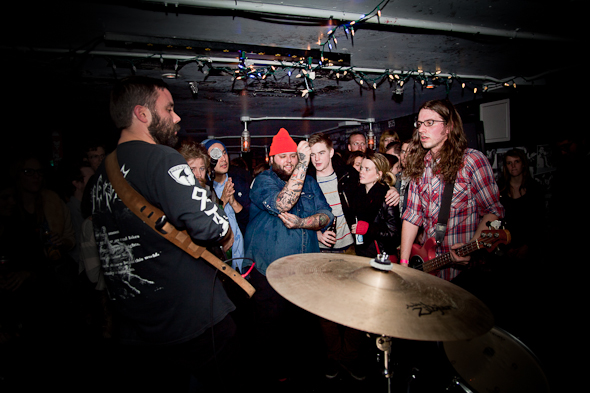 A Ladyhawk show is kind of like partying with a bunch of your (really drunk) friends. After playing for almost an hour, with the crowd enthusiastically singing along, and the clock striking 2am I still wasn't ready for it to end. 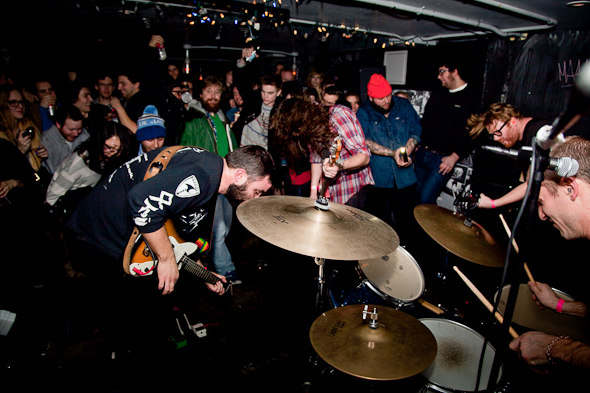