Kingdom's reign has a happy ending

On Friday night, Toronto's Happy Endings party series took over Dim Sum King, a venue larger than their usual digs across the street at Forestview Chinese Restaurant, to celebrate their one year anniversary — but a bigger dancefloor wasn't all they had up their sleeve. Happy Endings also brought in two red hot American producers / DJs, Kingdom and Dubbel Dutch, for the occasion: I'd been feverish all week. but I wouldn't miss a birthday party like that. 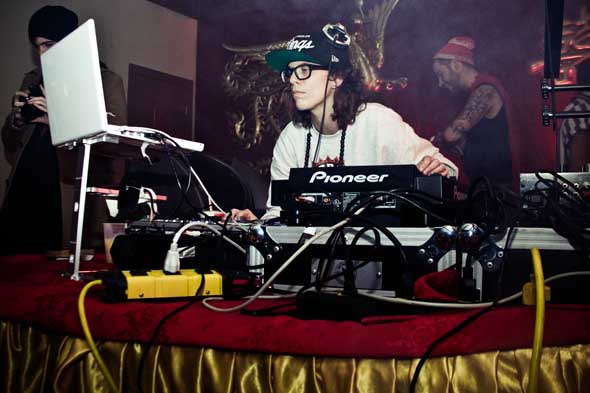 As restaurant staff served up drinks and dim sum platters and a lucky cat's paw waved up and down behind a darkened counter, Austin's Dubbel Dutch took over from Happy Endings' Yes Yes Y'all DJ's at midnight. The line up outside, like the dance floor, was getting crazy — my photographer stepped outside for a cigarette, and couldn't get back inside until some skater kids, noting her huge camera, pushed through ahead for her. 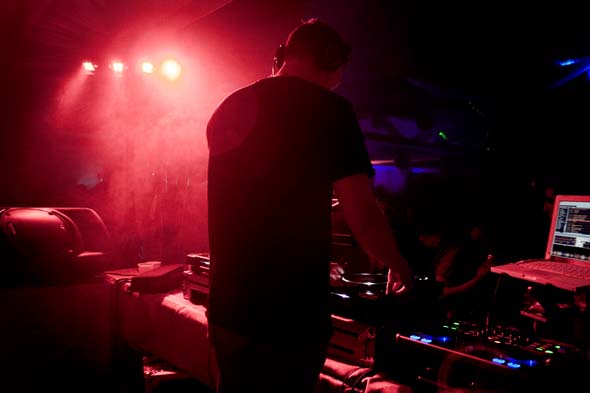 Once my photog made it back, we admired some of the brilliantly patterned sweaters and sparkling items on the dancefloor: the Happy Endings crowd parties in style. On stage Dubbel Dutch's Marc Glasser layered genre-crossing beats and samples while behind him, amid a crowd of people, Kingdom's Ezra Rubin brandished an empty bottle playfully to someone on the floor. 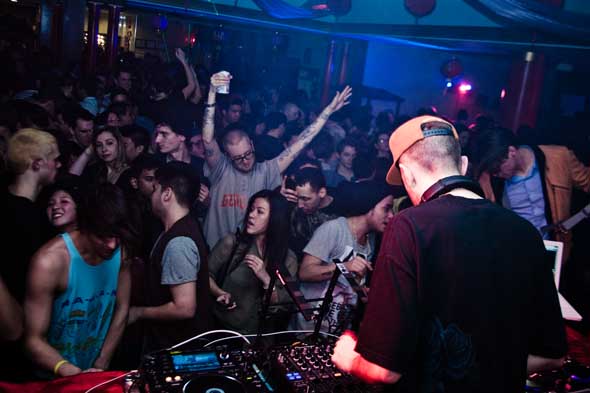 Just after 1am, Kingdom began. Brooklyn's Ezra Rubin had a busy year in 2011 — amid the hype surrounding his own ultra-contemporary dance music, Rubin started Fade to Mind, a label whose roster includes NGUZUNGUZU, Fatima Al Qadiri, and Total Freedom, to name a few. I've heard nothing but good things about Kindom's live show — mostly from friends who have close ties not to the club scene, but to underground goth music. Reasons for this became clear right away. 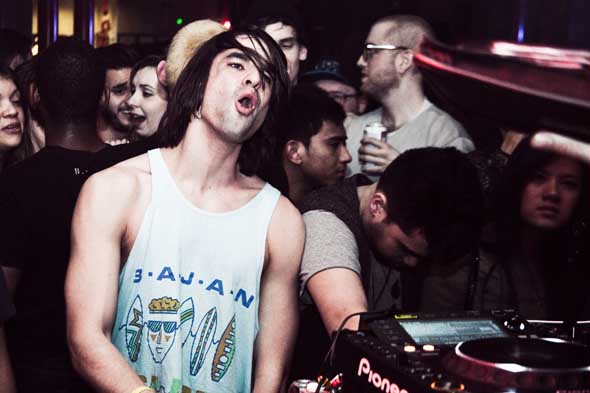 As soon as Kingdom took over, the stage darkened, the fog increased, and the music hitting the dance floor was louder; the bass more aggressive. The Chinese dragons above the stage took on an ominous presence, and the increasing noise penetrated my feverish state to the core. 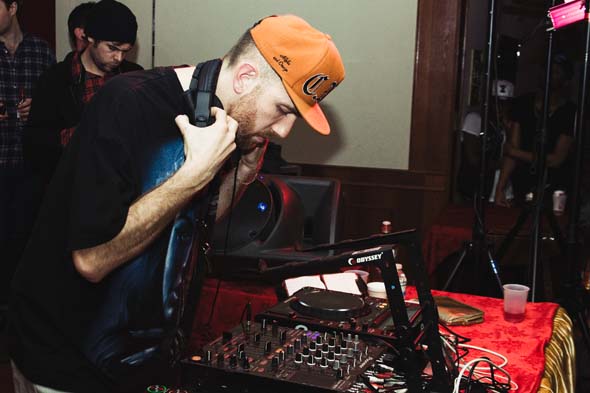 Kingdom is known for adept and restrained use of R&B samples on recordings, and he used them all the more sparingly in his set, focusing instead on filling the venue with deep bass and a complex interplay of grime, crunk, dance hall and house beats. The music was so thick it became communicative — I was compelled to think about the music I was hearing, yet I never had to to struggle to connect with it. 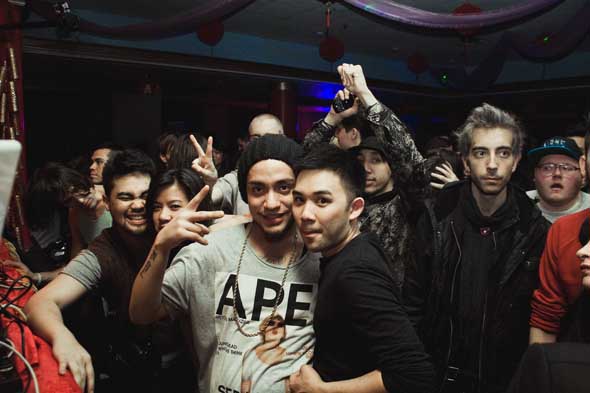 When Rubin warred two beats — a deep machine gun bass and a piercing steel drum rhythm — against each other and then came in with an evil synth line, I got shivers. Some moments of the set were down-right industrial: Kingdom lived up to his dark hype and then some. 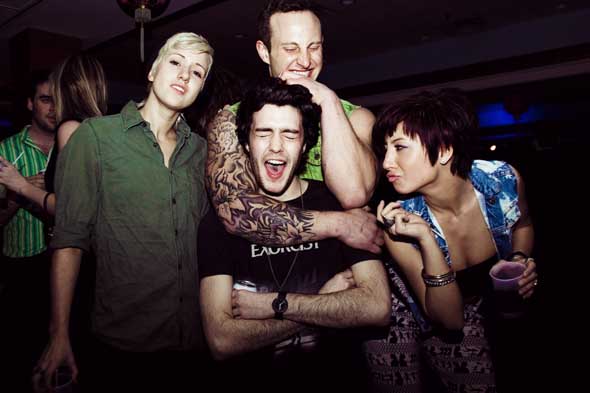 Just when a beat was on the verge of ordinary, its sound receded into some dark other room. "Stalker Ha," a track from Kindgom's 2011 Dreama EP, was brutally broken down - Kingdom's bass was dirty, and it made me want to do dirty things. Eventually all I could do was stop marveling and dance. My fever is gone today, and I'm going to give some of the credit for that to Ezra Rubin.