Eight and a Half debut at The Drake

I first heard about Eight and a Half last summer, in passing. First The Stills boys called it quits. Then Broken Social Scene went on indefinite hiatus. And shortly thereafter I heard rumblings about The Stills' Dave Hamelin and Liam O'Neil teaming up with BSS drummer Justin Peroff. 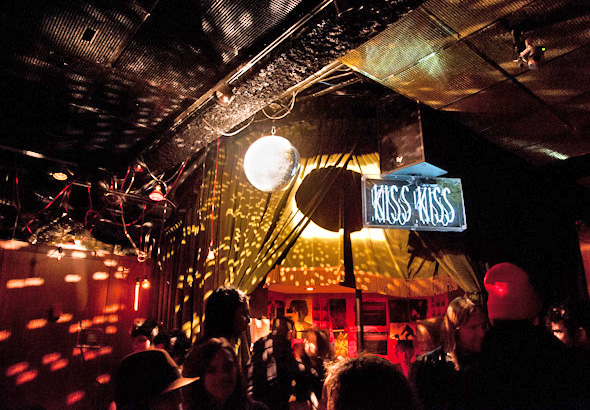 All of this adds up to a well-seasoned trio of musicians called Eight and a Half. (Yes, they borrowed their name from Fellini.)

You can toss a lot of adjectives around to describe their sound. Synth-heavy. Dreamy. Brooding. Layered. Spacey. Dense. Intimate. They all apply. And they all converge to make a wall of sound that isn't loud or explosive, but more soft and layered. And it damn well works. 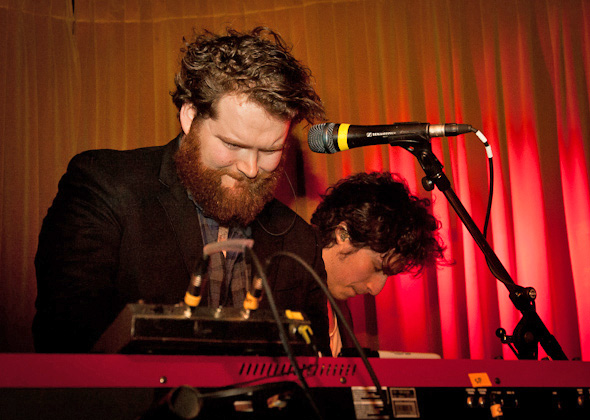 The debut show at The Drake on Wednesday night was stuffed with Toronto's indie rock kingpins. I ordered my rum beside Emily Haines and the boys in Metric. Brendan Canning seemed to be enjoying himself. And Kenny, from Kenny Vs. Spenny, was recording part of the show from the front of the audience on his iPhone. Awesome in my books. 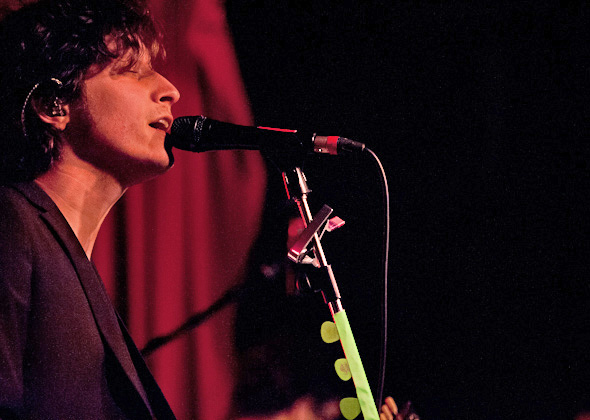 Eschewing any glitz, fancy backdrop or light show, Eight and a Half got right to it. Playing the entirety of their 10-song debut album, Scissors, the 45-minute set was tight. Sure, there were some awkward pauses between songs, but hey, it's their first show, people. As the boys have all been in successful, well-traveled bands for the past decade, the performance was robust. Engaging, no, not yet. But tight in sound.

A lot of the lyrics have a cathartic, break-up feel about them. With Hamelin penning them, one can make the correlation to the dissolution of The Stills â especially with lines like, "I've got nothing else to do / but think and sit around / but I'm turning things around" in "The Turn Around." And the darker tones come out in the brilliant and brooding ditty "Go Ego" with the refrain, "I'm at the edge of my life." 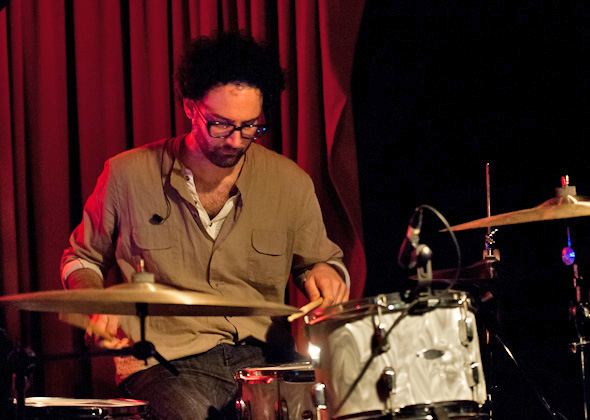 After the band plays a few gigs in New York next week, they'll be back in town to play with labelmates Zeus at the Horseshoe on March 23. The record drops on April 11.

Word to the wise: Keep your eyes open for these guys. And here's to hoping they stay around for a while.