Tool put on one hell of a show at the ACC

What can I say that a Tool fan doesn't already know about their epic live shows? Even if Maynard Keenan claimed the band was a "little rusty," you would have never known it as they took the ACC with full force last night.

They kicked off their set promptly at 9:05pm to a packed and amped crowd after openers Intronaut warmed everyone up with their fast and heavy riffs. Starting off hard and fast, they played "Hooker with a Penis," off of their critically acclaimed album from 1996, Ã†nima. Maynard's voice still has enviable range — one minute he's almost lulling you with and almost soothing monotone, and the next he's jolting you with his frantic screams into the mic. 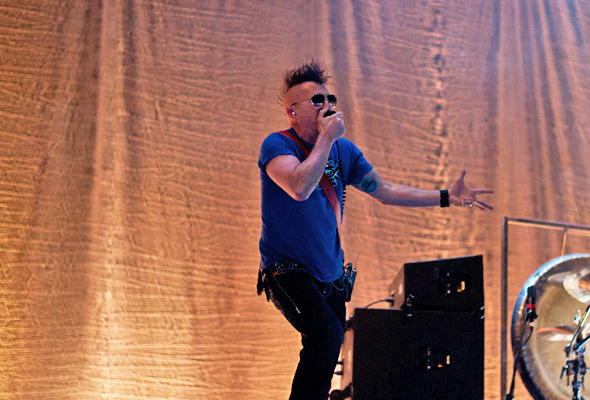 The visuals that accompanied the set were spellbinding. I could write an entire post on them alone, I think, but unfortunately we were only allowed to take photos during the first song. Some of the videos were darker and more disturbing than horror movies I've seen. Think Eraserhead by David Lynch for an idea of the vibe.

The highlight of the night was by far title track off of Lateralus. Bringing out Crystal Castles drummer Christopher Chartrand alongside Danny Carey (whose drum set-up was an awesome bit of infrastructure), the two went into an epic drum-off in the middle of the song. The fans went absolutely insane, and many of the more intoxicated ones were escorted out by security. Ouch. 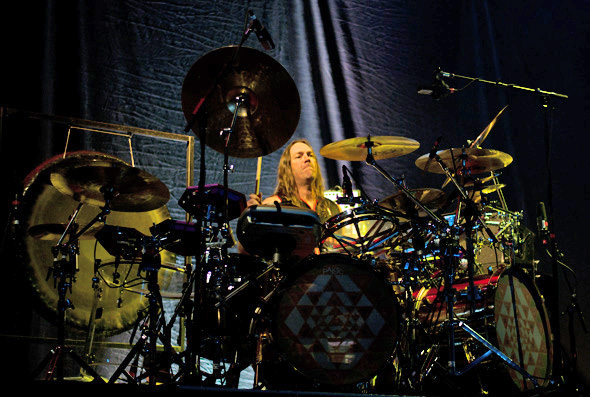 The second highlight was during a visual intermission during which the band showed animation of space invaders Asteroids with a floating outline of a human body circling in the background. It was a stunning visual that I wish I could share.

Tool finished off their two hour set with "Ã†nema" from the album of the same name. An anthem of disgust for the city of L.A., the song punches with its lines "Learn to swim" and Carey's drum build-up, finishing off with a loud and masterful musical outro that left the crowd screaming for more. There was no encore, but there was no encore needed. Going out with a bang, Tool proved they are and will remain one of the best live acts around. 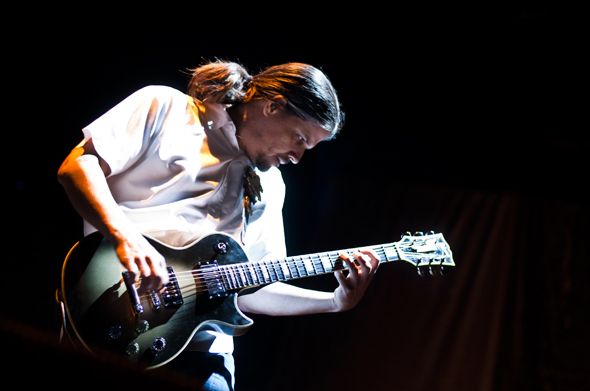