Rich Aucoin gets celebratory at the Drake Underground

Friday night Rich Aucoin took over the Drake Underground to celebrate his latest release, We're All Dying to Live. At the risk of coming off as hopelessly cheesy, that's exactly what it was — a celebration. If Dan Deacon was mixed with a kindergarten teacher with the stereotypical friendliness of a Haligonian, you would have Rich Aucoin. He threw a birthday party for everyone, including a dance party with three projection screens, bursts of confetti, group sing-a-longs and a rainbow parachute. It all began with a faux movie trailer for what we were about to experience, a list of credits and thanks to local Torontonians and finally, an uplifting video filled with words of wisdom that perfectly set the tone for the evening. 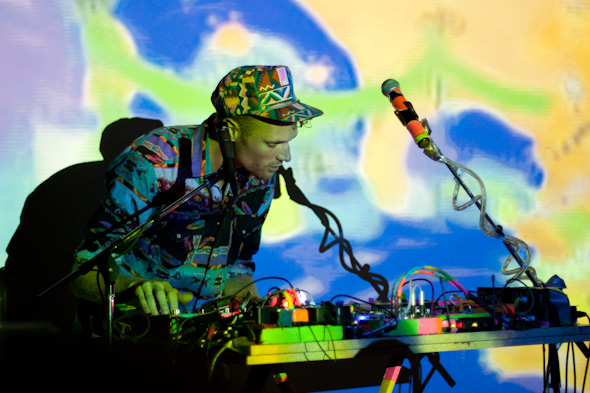 Rich Aucoin exudes a friendly yet confident politeness that ignites a sense of fiercely loyal camaraderie — like he's the steam running the propaganda engine for...fun. I mean, he made hundreds of people do and repeat anything he wanted! ("touch the person beside you," "kneel on the ground," "lift this parachute/pass it gently back to the stage"). 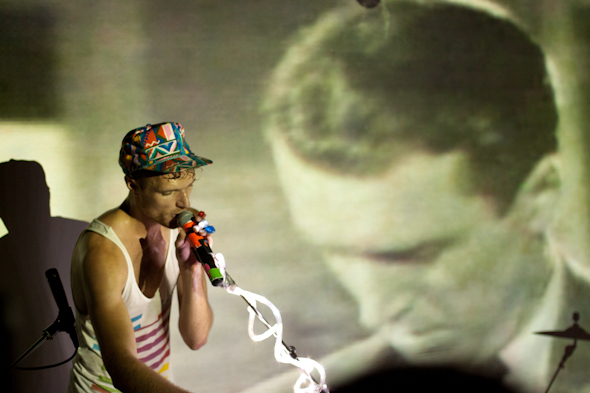 Starting out with a couple older songs, the crowd was chanting by the second song ("yet you lay down!") while clips from The Grinch played in the background and a burst of rainbow confetti spilled onto the crowd. The rest of the night was composed of songs from the previously m-ntioned We're All Dying to Live, a full sounding, orchestral album which he managed to recreate with just himself on keyboards, a drummer and a bass player. The three of them filled that basement with enough sound and contagious energy to burst any cynic's bubble. 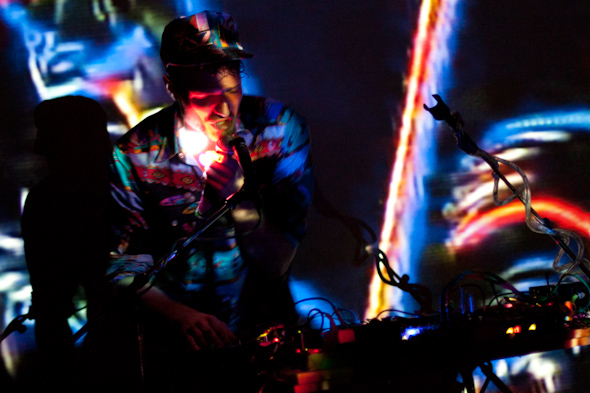 By the time Aucoin performed "Brian Wilson is A.L.i.V.E". — the audience diligently chanting "remember what we've been through give in given!" — the crowd was in full-on dance party mode with people up on stage and Rich running through the crowd. 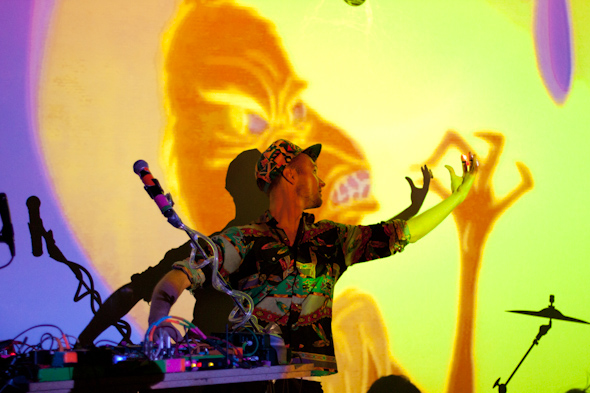 Ending with "It" after playing a 10 song set, it still felt like it was over too soon, and that he had so much more to give. It doesn't even matter if you think you like his music or not — a Rich Aucoin show is something that should be experienced by everyone. Proving once again you can always learn things at rock shows, Aucoin's latest effort reminded me that it was time to get the (glow) stick out of my ass and fucking celebrate.