Pissed Jeans put the Sneaky Dee's crowd into a frenzy

While patrons were being served nachos and beers downstairs at Sneaky Dee's on Friday night, upstairs fans were served something a little different: a night of high-energy, eardrum-busting punk rock.

Pissed Jeans headlined a three-band gig, which also showcased local outfits, Anagram and TV Freaks (who were also releasing their latest LP). As far as the opening acts went, TV Freaks really shone. The lead singer pulled some crazy Iggy Pop/Sid Viscous shit during their show. On separate occasions he spat into the crowd, beat himself over the head with the microphone, and feigned strangling himself with his own belt. 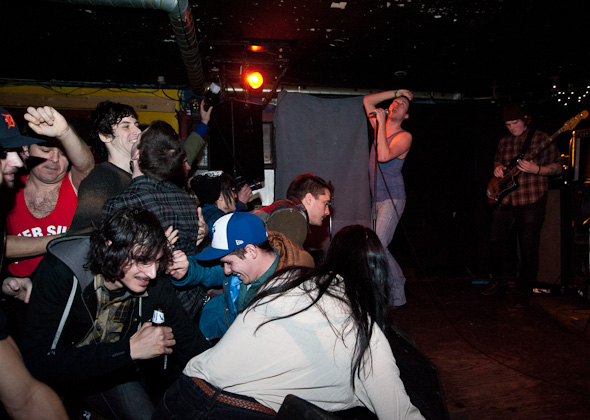 Even though the crowd would disagree with me â judging by their fist pumping, thrashing and general cheers â I couldn't really get into Anagram's performance. It may have had something to do with their odd artistic choice to play their entire set in the dark, or that they drove through the set list like their songs were going to expire. Either way, I was left uninspired, but that's not important since I really came to see Pissed Jeans anyway.

As Pissed Jeans came on 150+ fans rushed forward as they crammed themselves into the small space leading up to the stage, leaving just enough room to blink. Soon after the band started to play, the crowd parted opening up an empty circular space in the centre of the horde just big enough to thrash into each other. The energy level went through the roof and people got a little out of control. 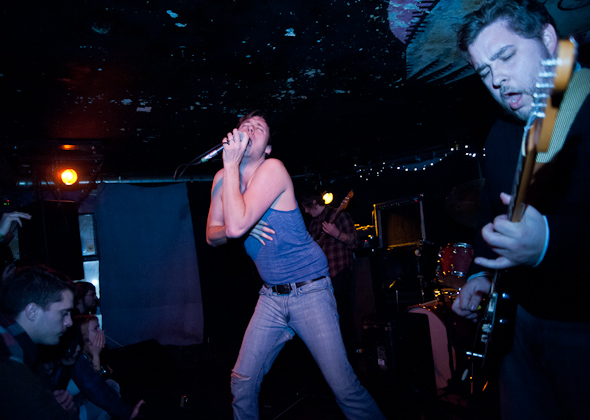 Within the first three minutes of the first song, "Sam Kinison Woman," a rowdy fan was dragged out of Sneaky Dee's by a bouncer seemingly against his will. I'm not sure what it was he did, but given the general rowdiness, he must have cross one line or another.

Heading into "She Is Science Fiction," lead singer Matt Korvette climbed up on the monitor, hiked up his jeans to belly button height (giving him a front wedgie, or what's better known as a camel tail) and caressed his special area for all to see; a classic display of "I don't give a fuck" attitude. 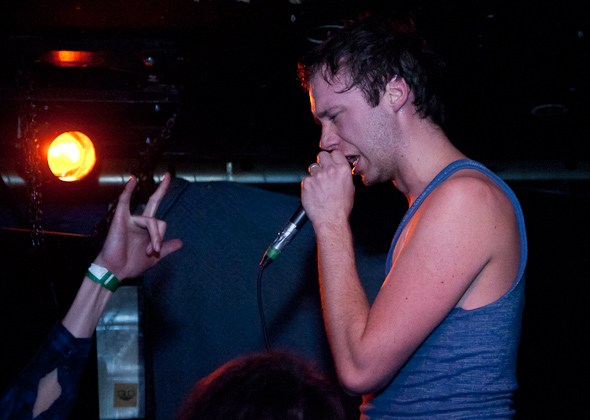 The show was not only marked by lewdness though. Beyond the onstage antics, the band played an incredible set. The crowd's favourite seemed to be the official last song of the night, "False Jesii Part 2." As soon as the band started playing it the intensity in the room skyrocketed and the structural soundness of the floor was tested to the max as the crowd bounced to the high paced rhythm. As the last song came to an end, fans were left wanting for more.

Pissed Jeans were happy to oblige, on one condition: "a rousing clap" was needed, at the request of Korvette. The crowd complied and the band played on. Ending their encore, the drummer, Sean McGuinness, leapt over his kit and into the crowd. It couldn't have ended more appropriately. 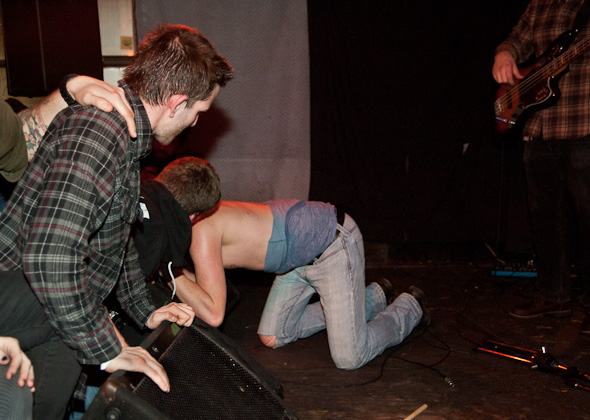 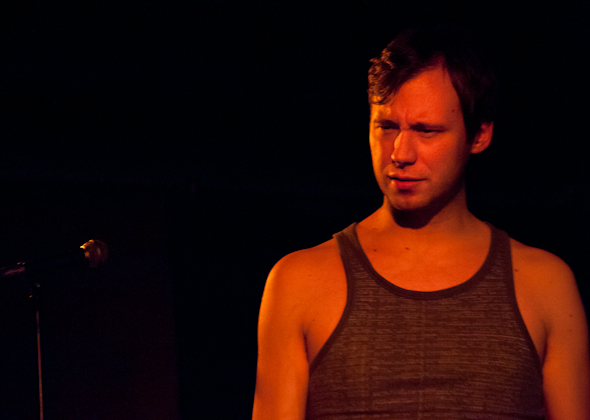 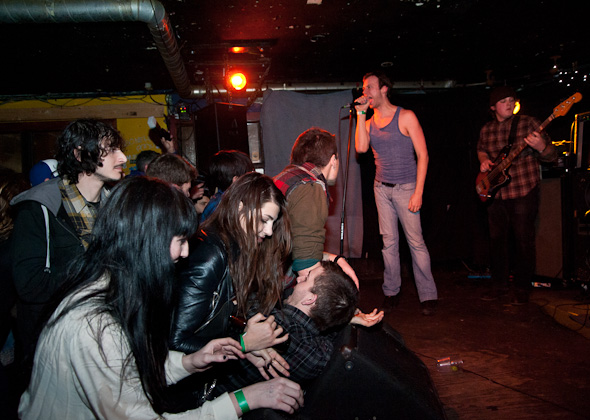 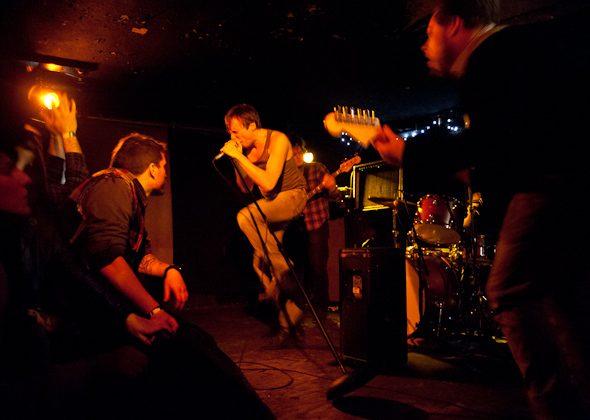 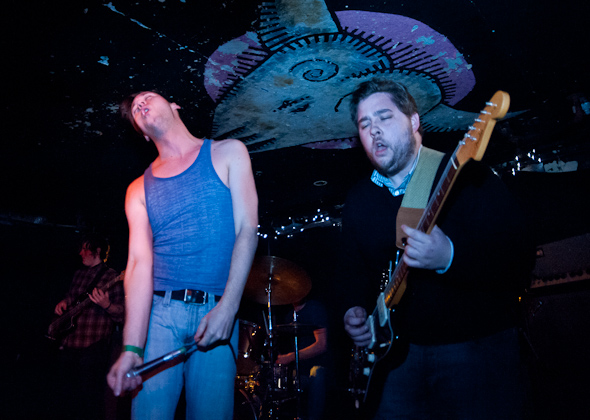