Get to know a DJ: Denise Benson

Denise Benson is one of Toronto's most experienced DJs. In the past 20 years, she's performed at an array of Toronto's clubs — some of which still exist, some of which don't — though you can currently find her at Andy Poolhall where she helps to run one of the city's most successful club nights, Cherry Bomb. She's also launched a new party called Loose Hips, the seventh instalment of which runs tonight.

Beyond her work as a DJ, Benson is an accomplished writer who has taken to documenting the history of club culture in Toronto for the The Grid. In this interview, she talked to me about how she got started as a DJ, her writing, and the some of the changes she's noted in the Toronto scene over the years.

How did you get started in Dejaying

In a sense, I've always deejayed. But I started to professionally deejay around the time I moved to Toronto in 1986 to study Radio and Television Arts at Ryerson. By then, I had my set clubs that I went to on a weekly basis, which at the time were Klub Domino and Nuts and Bolts. At the same time, I was coming out as queer, but whenever I went to one of the women's bars I found that I found that I didn't like most of the music they were playing.

It was at that point that I decided to start deejaying again, and one of the first places I got to play at was a place called Showbiz, which was owned by the same owner as Nuts and Bolts. I had been going there all the time because it was not only a queer club, but it also played really cool alternative music.

The scene was quite different then and, in a lot of ways, more open with a variety of crowds mixing. It was also a really amazing time to be going out because the scene was much more of a melting pot of music than it is now. You could, for instance, be into "alternative music," and that could mean that you were into New Wave, Punk Rock, Detroit Techno, or Chicago and New York House. And you would hear it all in the alternative clubs. When I started spinning, I could play anything from Siouxsie and the Banshees to Techno, and that's to me what deejaying is all about. To me, the most interesting aspect of being of being a DJ is trying to find the meeting points between people on the dance floor. 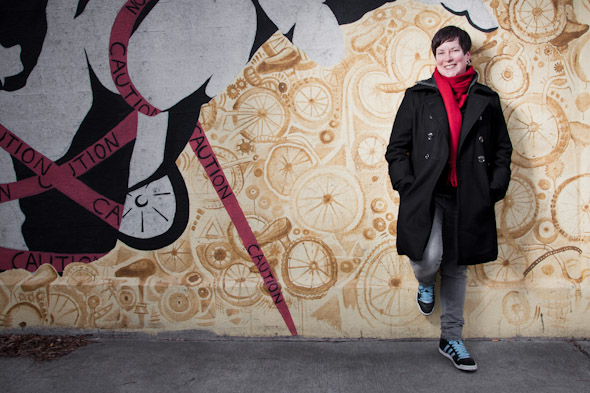 How did you get involved in writing about electronic music?

When I graduated from Ryerson in 1989, I was hired to work full-time at CKLN. I worked at CKLN for about five years total, first as Development Director and then as the Program and Music Director. Through being the Program and Music Director, I had the privilege of putting a lot of interesting people on the air. One of them was Ian Danzig, who eventually started Exclaim! Magazine.

I had heard his show proposal and demo, loved it, and decided to put him on the air. A lot of the people that would eventually contribute Exclaim! were people involved at CKLN. I didn't write for the magazine at the start, but I eventually started contributing to it in the mid 90s. I was later approached by Eye Weekly in 1999 to write for them, and since then I've been constantly balancing writing and deejaying.

One of your colleagues at the Grid, Stuart Berman, has written This Book is Broken: A Broken Social Scene Story, which documents the early years of Broken Social Scene. And as much as his book is about the band itself, a lot of it is also about Toronto's independent music scene in the late 90s. Through your work at the Grid, you've done a similar documentation of Toronto's electronic music scene. In some ways it seems like writing a history of DJ culture is antithetical to the culture since so much of it is concerned with the present. Can you describe what that process has been like?

Well, obviously when you start out you don't have any idea where you might be going. That said, throughout my career as a writer and DJ, I've been motivated by the same thing, which is an excitement in new music — primarily electronic music, though not exclusively. After a number of years, however, I became aware that I was documenting the scene.

I did a radio show on CKLN, called Mental Chatter, for 21 years and there was a constant flow of artist interviews, featured albums and other focused content. In hindsight, I wish I had documented my own show better because I think that the show was one of my greatest contributions in terms of documenting parts of this city's music culture. Through that show and my writing, I've come to see myself as a filter, of sorts. A lot of what my work is about is supporting Toronto's local scene and Canada's national scene, supporting the two to me are at least as important as highlighting the stuff that is happening internationally.

As for the culture itself, musically it's important that as a culture we're always looking forward; otherwise, the culture gets stagnant. However, you're right, within the context of going out, people are in the now and this is where sometimes people can see clubs and club culture as disposable. But I'm still in the game in my early forties because there's also a vital energy here. So, yeah, you're right, there's a sense that it's a culture that's onto the next song, scene, producer, and or club. However, I think we now have enough a history to take a look back at what Toronto's contributed.

Look at Art Department, Austra, Egyptrixx, Azari & III, and other Toronto electronic acts receiving solid attention - all of these artists came from somewhere. There's reasons why a lot of Toronto artists are breaking through into the international music scene at this moment in time. Toronto's really grown up. There's an incredible amount of great music, great art, great thinking and really exciting collaborations happening here, in the clubs and in people's studios. It totally excites me to help document some of what brought us here and where we collectively go. 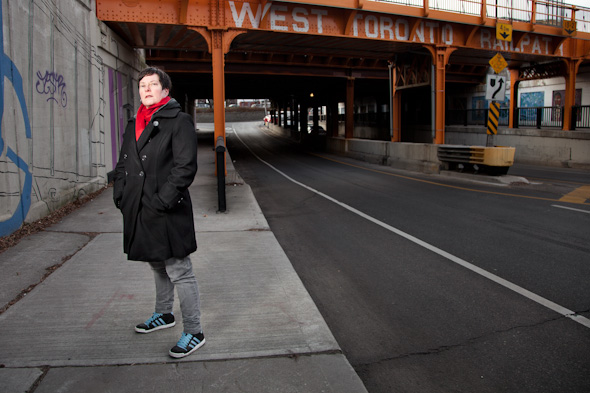 In going through this process of documenting the growth of Toronto's scene, I'm sure there's some really interesting trends you've taken note of. Can you share one or two that have really stood out for you?

Obviously there are both positive and negative changes, though the negative ones come at you first. Of course, I'm generalizing here, but right now, perhaps even more than at any other time I can remember, club crowds are separated. It seems like they're often separated by race, whether they're from the suburbs or downtown, by their sexual orientation and so on just as much as they are by musical tastes. Diverse crowds used to come together through music and I just don't see that happening to the same degree now, weirdly enough.

I would say that one of the things that has disappointed me the most me is that as music has evolved, people have become less and less interested in each other and, sadly, less interested in new sounds. This is a conversation I have with other DJs all the time: we live in a time where people can literally access music from anywhere in the world and they can listen to almost anything, but what do people request in droves? Top forty. As a working DJ it blows my mind that at almost any venue I play at people will ask me for Britney or Rihanna.

How about we end on a positive note — what's a positive trend you've noticed in that same timeframe?

We're coming off a banner year in which people like Austra, Art Department, and Bonjay have released really well received material. Toronto's musical talent — whether its dance music or a band like Fucked Up — are creating really compelling music. Also, excitingly, there's a lot of overlap between music scenes or communities that people may think of as separate. I'm thinking of bands like Bishop Morocco or the fact that a lot of the guys in Broken Social Scene are into electronic music. Brendan Canning is a great deejay for example, and plays a lot of interesting house, techno and dub.

Toronto's at a point where there's an incredible amount of promise. I've been saying this for years, and I can keep saying it because the quality just keeps going up. I just wish that a broader range of Toronto's club patrons and music lovers would open their ears a bit more broadly to hear what we have going on here and take pride in this city's talent.

East or West Side? West Side.

Is there a DJ you'd like to see profiled on blogTO? Email us at editors [at] blogto [dotcom].