Caveman play hungry but walk stiff at the Horseshoe

2011 was an important year for Caveman. The band went from relative obscurity, to being named one of NPR music critic Bob Boilen's top "discoveries" of the year, and a track recommendation from indie music "gods" Pitchfork. With the fall release of their debut album Coco Beware now beyond the hump of end-of-year buzz however, the band has a relatively small window to continue riding the coattails of their hype. 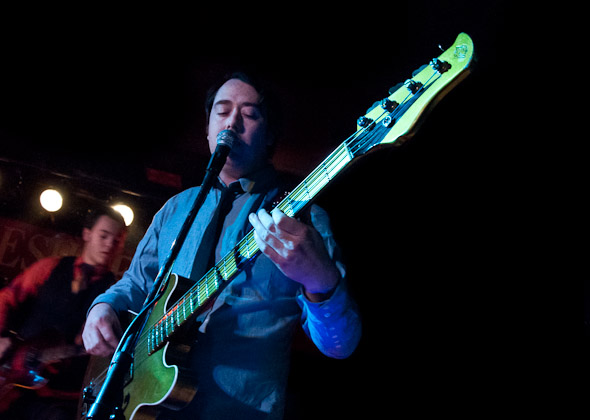 Caveman's show at the Horseshoe Tavern on Wednesday night gave the impression that they are well aware of this fact. Musically, they had their show down to a "T," but as any concertgoer knows, a little personality never hurts. For the shows entirety, the band kept mostly to themselves, at times seeming a little nervous and at others appearing unwaveringly concentrated on producing perfection. 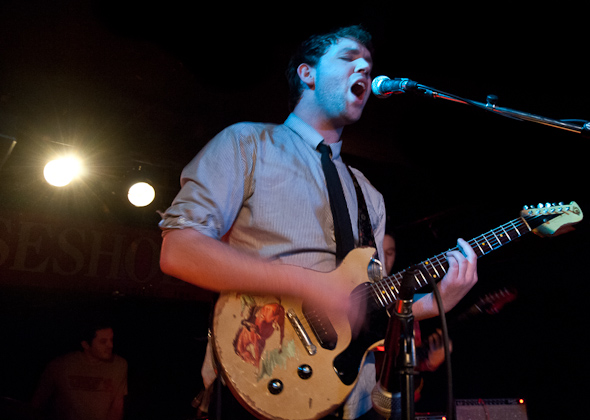 Caveman started off their set with the psychedelic, wafting intro to their album's final track "My Time." The dizzy jam, which segues into poppy, 60s-style melodies, was a surprisingly less-beachy counterpart to the album track's production. Live, their music translated as a more serious older brother to the lazier, summer-vibe of Coco Beware. 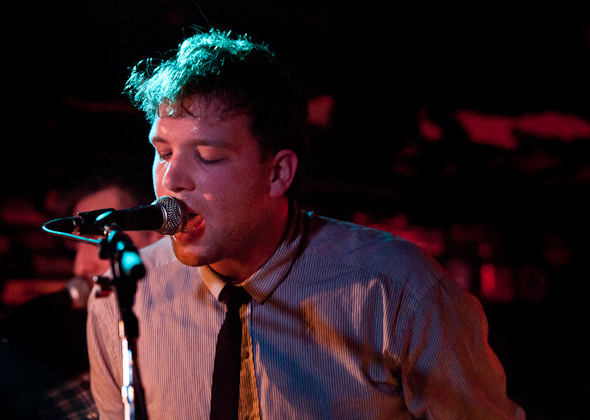 The lyrics to "My Time" which professes, "It belongs to him/ my time/ it's my time/ my time," in the refrain, embodies a trope referenced in many of Caveman's songs: a search for immutability within the transience of time. Two of the three new tracks played ruminated on "wasted time," and in "Thankful," Iwanusa laments, "I've got no time on my hands/ I hope that it won't stay that way." 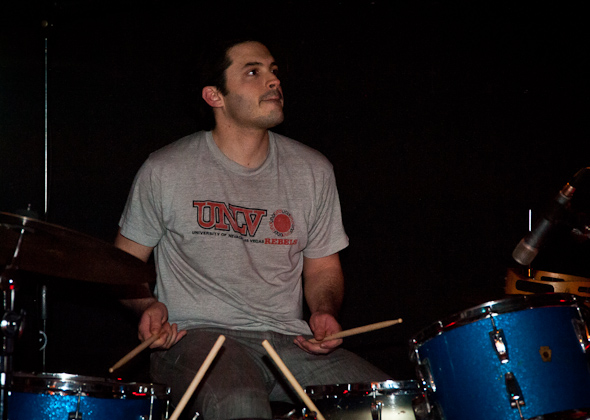 A few songs in, Iwanusa traded in his guitar for a pair of drumsticks and a snare. The double drumming resulted in a vibrant, driving pulse that undergirded some of the more somber tracks like "My Room." The energy injected into Iwanusa's punchy snare hits added rhythm and bounce to an otherwise tepid stage persona. The ease at which Iwanusa soars from baritone to falsetto in tracks like "Decide" however, and the lush harmonies that recall the Beach Boys and much as they do Fleet Foxes, are indicative of the raw talent the band evidently possesses. 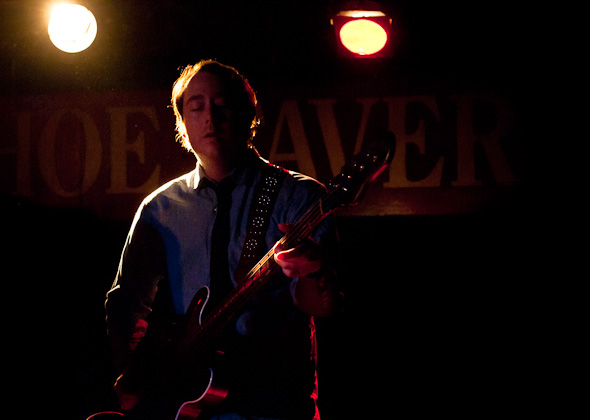 The set lasted an hour, nearly to the minute, with no encore. Given the impressive dynamism and creativity Caveman showed musically throughout the night, should they choose to enhance their stage show, it seems certain that they could be an unstoppable force. I'm not suggesting every band should be Les Savy Fav, but it's no overstatement that a little audience engagement goes a long way. The obsession with temporality that permeated nearly every song leads me to wonder how their show might be affected if they just loosened up a little and enjoyed the ride. 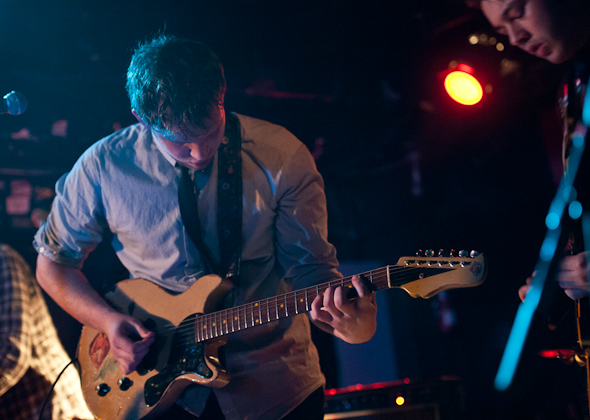