Cass McCombs charms the crowd at the Garrison

Cass McCombs' show at the Garrison this Friday night was a treat for all those in attendance. The opener, Frank Fairfield — a violin and banjo-toting songwriter from California — set the stage with whimsical, southern-style tunes that had the crowd tapping their feet and clapping along with the occasional "Yip!" hollered into the night. 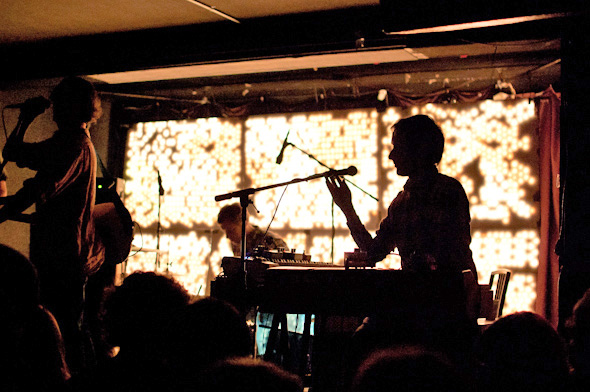 When McCombs and his band finally hit the stage just before midnight, the crowd was right riled-up and ready to sway to songs from his most recent release, Humor Risk. The backdrop — a glittering matrix of LED lights that sparkled like clusters of stars — left the band a mere silhouette, completely darkened in contrast to the brightness shining behind them. The result was a mysterious and stylized series of profiles that were not revealed... for the entire show. 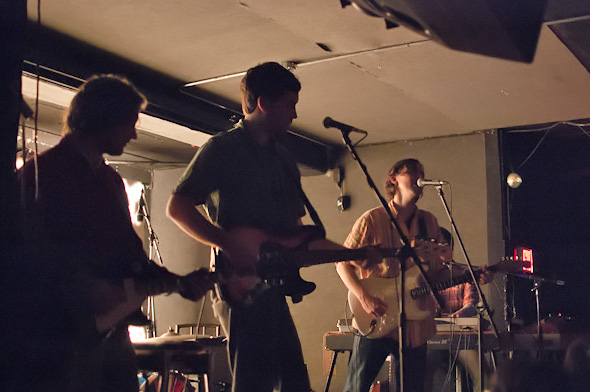 After greeting the audience with a humble "Hi, how are you?" McCombs kicked off the set with the poppy "Love Thine Enemy." The band played with an easy charm and fluidity demonstrative of a well-rehearsed stage show and great musicianship. Though I'm certain every audience member secretly hoped that the lights would eventually be turned up, the lack of emphasis on the band themselves allowed the music to take center stage. 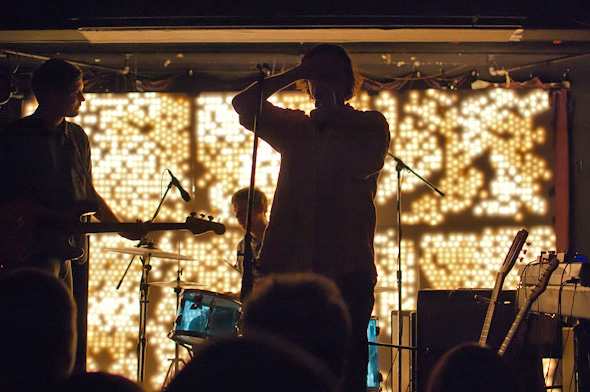 The hour-long set was a dynamic one, slipping fluidly between slower, seductive jams like "Meet me at the Mannequin Gallery," to the high-energy "I cannot lie," which finished off the show. Ever the idiosyncratic songwriter, McCombs' lyrics were often underpinned by hilarious nuggets of profound ridiculousness ("Satan is my toy/ Jesus is my boy," for example). The comedic gems woven into a repertoire that is oft noted for its sense of dejection and bleak outlook ("AIDS in Africa" from his first full-length A jumps to mind), were a nice surprise and at times had the audience laughing out loud. 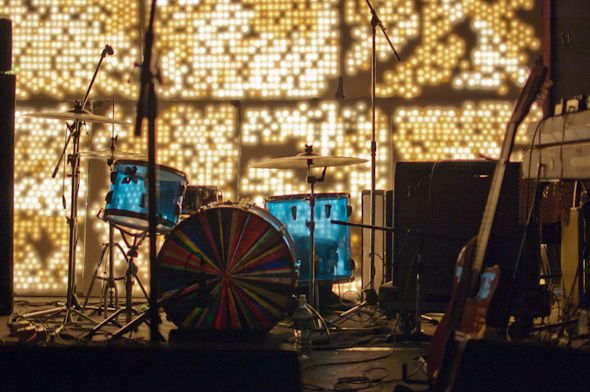 McCombs' show, though shrouded in darkness, was exceptional. The easy and comfortable atmosphere created by the band brought a sense of homey-ness to the Garrison on Friday night — a feat that isn't easy to accomplish. As I watched fans of all ages swaying gently with smiles on their faces, even as the show reached one o' clock in the morning, I felt certain that Cass McCombs will always have a dedicated audience wherever he goes, for as long as he continues to make music.