Kids & Explosions is Josh Raskin, an Oscar-nominated filmmaker (I Met the Walrus) turned mash-up artist. His LP Shit Computer offers a collection of some of Raskin's own favourite tracks, which are reinterpreted and rearranged into glitchy and nostalgia-filled songs (this is his signature strategy).

Genres are mixed and numerous samples of various songs turn hybrid in Shit Computer, revealing Raskin's dexterity in transforming looped layers into tracks that sound fresh and new. Just listen to "Everything", where he whisks a little of Eminem's "Lose It" with Slash's guitar salute in the GNR classic "Sweet Child O' Mine."

This week, I chat with Raskin about his short-film and his new career path.

One John Lennon line that stuck with me when I watched your short-animated film I Met the Walrus was "Help me by helping yourselves." What from this particular interview struck you and caused you to decide to make this film, and what did you learn from it?

Everything John says is awesome, but the thing that struck me most about this recording is that he's being interviewed by a 14-year-old (Jerry Levitan). And John treats him with as much respect as he would a BBC reporter. Probably more. I also like that the kid is so overwhelmed he barely pays attention to the answers and instead talks about how he doesn't really like George (Harrison). It's just a kid being honest.

Making this movie taught me that YouTube comments are hilarious.

Now your focus is on making and mashing up music, particularly hip hop. Other than hip hop, what type of music do you like to mix? And what do you enjoy about it?

I basically sample anything I love, regardless of style. I'm not too worried about genres. Most of my favorite music doesn't really fit into one.

I'm interested in taking things that are important to me that other people have made, ripping them apart, and then piecing them back together with other things to make something new. 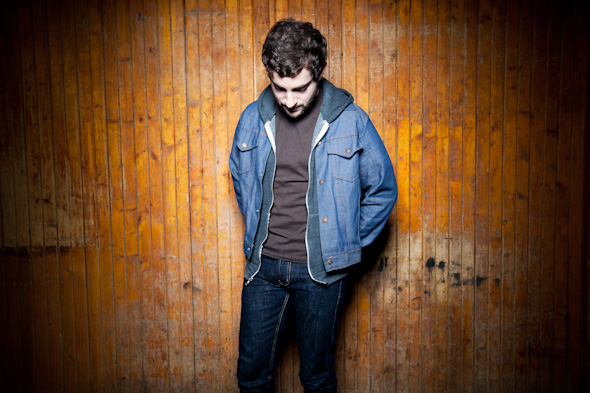 How did you come up with the name "Kids & Explosions" as your alias, and how does it reflect the style of music you're making?

It's my mom's maiden name, which suits my music pretty well, 'cause most of it sounds like babies on fire.

There's been an awesome response to Shit Computer. How has your filmmaking career helped you in getting this LP out there?

It hasn't really. I posted it on Facebook and it spread pretty organically from there.

Your songs have a lot of hidden layers that make an easily recognized song unrecognizable. How would you describe your mixing technique in simple terms?

It's a lot like traditional song-writing, but I'm using bits of other people's music as notes.

I start by cutting the best bits out of songs I love. Then I play those bits over top of each other until I find a combination that works (without any effects or pitch-shifting). Then I break those bits into samples I can trigger with a keyboard, and bash away at it until it's a song.

If you could choose one or two songs on the album, which would you say are your favourites and why?

I think my favorite songs are "Small Problems" and "The Emotional Millionaire." Probably because they were the fastest to make. Which means all the bits just kinda fell into place. It also means I didn't have time to get sick of them.

How do you decide on which song to sample and how much of it to use? Do these songs (like John Cale's "Hallelujah") have a special significance to them or are you attracted to songs at random?

Every song I sample means something to me... whether it was the first song I slow danced to or if it was playing when I ate a really good hamburger.

The album starts with a Bryan Adams sample from the first song I taught myself to play on piano when I was 10. The album ends with a Radiohead sample from the best album ever made. Making things out of things you love is actually kinda cheating. I should probably try making an album out of music I hate.

Which other mixers are you a fan of?

As far as sampling goes, no one can fuck with DJ Shadow, Prefuse 73 and Amon Tobin. Geoff Barrow, the Portishead producer is pretty amazing too.

How would you describe the live experience of your shows? And what can fans expect at the Drake on December 28th?

I trigger samples and video loops with a keyboard. It's a bit like watching an insane person punch a table for an hour in front of giant kittens. 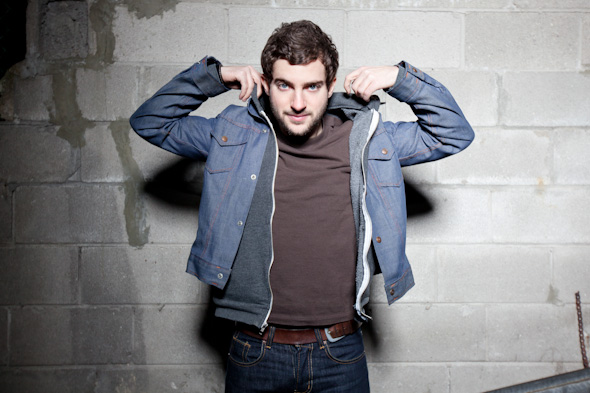 What's next for you? Are you making any new films/music?

I'll be on tour starting in February. And I'm always making new songs, which will probably become a new album at some point.

I'm also making a music video and video game for Swear Words. It's like Guitar Hero but terrible.