By Divine Right do The Dakota Tavern

Last Wednesday night at The Dakota Tavern By Divine Right reaffirmed their position as one of the most important artists involved in the formation of the mid-90s Canadian indie rock sound. Also reaffirmed was the disdain I have for my mother for not birthing me in time to be a part of it.

The band didn't start until after 1am, following a familial night of frontman Jose Contrera and his wife Lily Frosts performance together, her solo project, and finally By Divine Right themselves (with Lily joining in for a few songs). They effortlessly blew through about 15
songs (including a Led Zeppelin cover) from catchy pop numbers to guitar heavy noise rock. 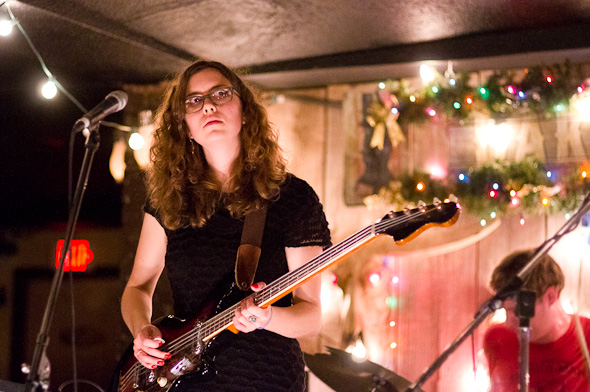 Despite The Dakota not being as packed as it should've been (where were you people?) those who were there seemed to be a part of a little cult, shouting out the words to almost every song. Is it possible to feel nostalgic for something you were too young to remember?

Former members of By Divine Right now make up some of my favourite bands (Broken Social Scene, Meligrove Band, Wintersleep, Golden Dogs) and that could very well explain the nostalgia for something I never really knew.

("What? Broken Social Scene didn't invent this sound?!"- my brain). So, thanks By Divine Right for paving the way for a ton of great Canadian artists. Finally I get it: 20 years later, By Divine Right don't just still "have it" they are it. 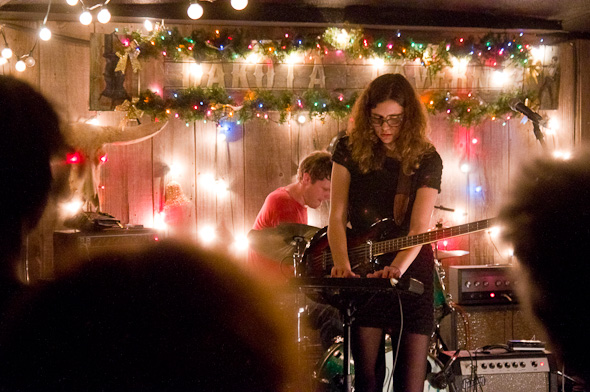 MALL SANTA
QUE PASO?
FIGURE ME OUT
KISS MY CHAKRAS
THE SLAP
MORE TORNS
COME FOR A RIDE
TWISTED CRYSTALINE
MOUNTAINS FRIEND
NO ONE CAN FIX ME
POWER SUIT
L.D.S.C.
MUTANT MESSAGE
5 DOLLARS" 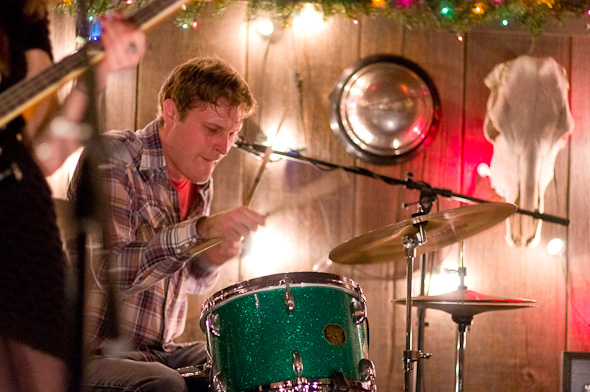 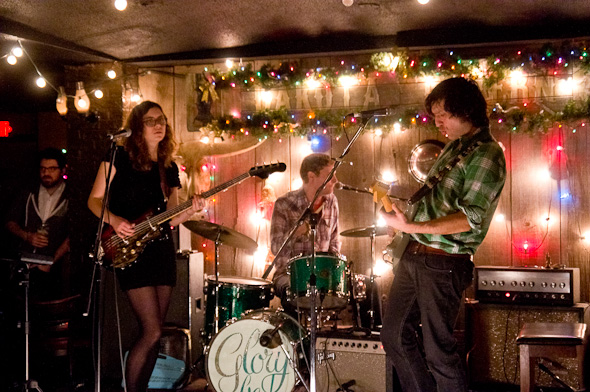