On Monday night the legendary Buck 65 helped kick off the Drake Underground's five-day concert series What's in the Box with a set of joyful songs meant to cure the crowd's seasonal sloth.

The session, which started at 11pm, brought us back to Buck's hip hop roots with a set list filled with up-tempo beats from start to finish (meant for non-wimps: his words, not mine). With the wicked and weird dance moves one has come to expect from his performances, Buck compelled the crowd to dance out of their turkey comas. 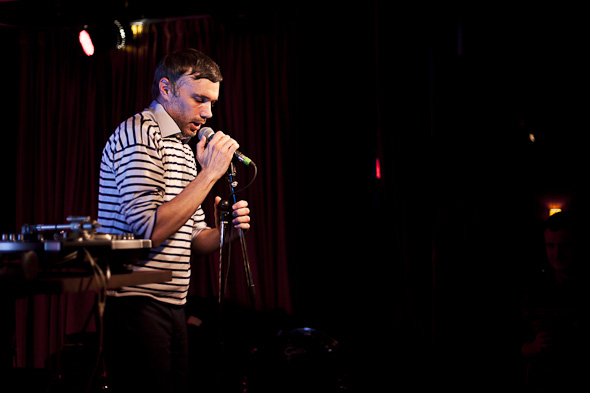 Considering the time of year, the Underground was jam-packed with devoted fans rapping along, shouting requests, and laughing at some of Buck's more playful lyrics in songs like "Legendary," a song he wrote hoping it would become the choice pole-dance song for male strippers everywhere. 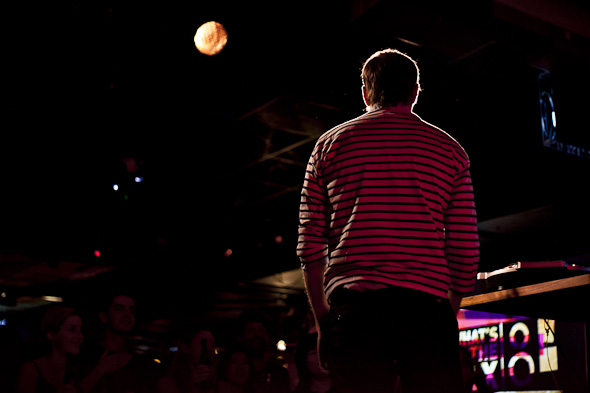 Buck maintains a feeling of camaraderie through his musical storytelling. His stage presence looks humble -- he is accompanied by his iTunes playlist and a turntable, and his idea of theatricality is a handful of silver confetti tossed into the air -- but he possesses an uncanny ability to transcend grandeur and mesmerize people simply with his rhymes. 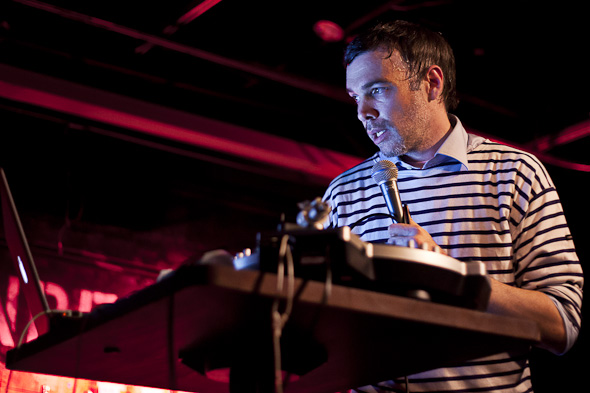 The 14-song, dance-inducing set was seamless and included fan favourites like "Zombie Delight" and "Blood of a Young Wolf." Short and sweet, the hour-long show was the perfect way to top off the holiday season, and Buck's booty shake during "I Look Good" put Beyonce's to shame. 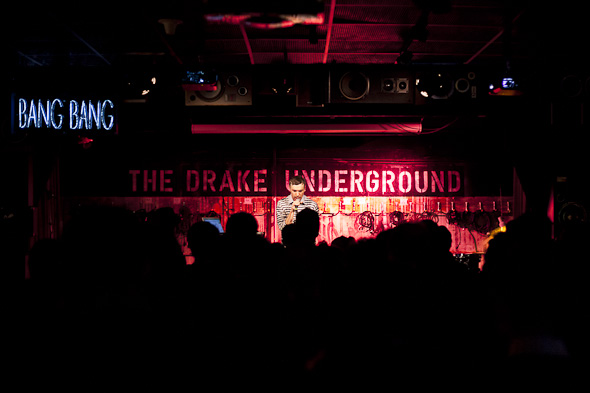 After 20 odd years, Buck 65 continues to play an integral part in Canada's music scene with his unique hip hop and his lyrical anecdotes. Last night's show represented all that Canada strives to be: spectacular in its modesty.