TEED touch down at the Mod Club

Totally Enormous Extinct Dinosaurs touched down at Mod Club last night to deliver one of the finest dance music performances in my recent memory.

Oxford, UK is a quirky place, a riddle wrapped in a mystery if you will. On the one hand, it boasts one of the top universities in the world. On the other, it is the type of place where transportation shuts down after a mere one-centimeter snowfall. Nevertheless, Oxonians are an intriguing breed whose creativity seems to be a natural byproduct of this intelligent-eccentric fusion. 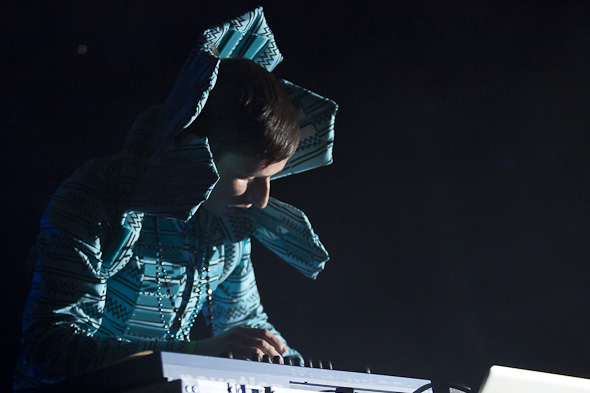 Orlando Higginbottom performs under the pseudonym Totally Enormous Extinct Dinosaurs (TEED). Always ensuring he's slightly beyond his comfort zone, Higginbottom, whose father is an Oxford University music professor, can't be pigeon-holed into one specific genre. This is almost purposeful, and it reflects TEED's approach to music in general: 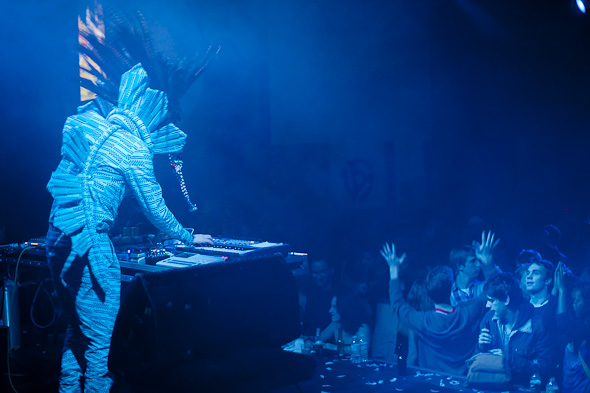 Last night, TEED returned to Mod Club for his headline show, having opened there for Fake Blood this past March. Hitting the stage shortly after midnight, TEED opened his set with "Trouble," a single released earlier this year. Donning a full dinosaur suit, TEED simultaneously DJ'ed, danced, and sung his way through a 75-minute set, which was filled with favourites like "Garden" and his remix of one of the summer's hottest songs, "Hawaiian Air" by Friendly Fires. 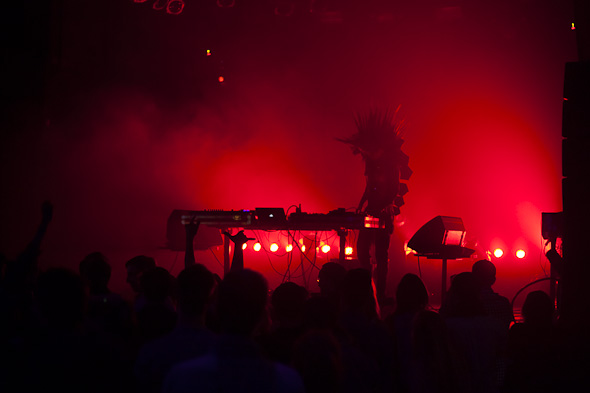 The crowd was entertained, but not euphoric, living up to the city's polite stereotype. Confetti canons, TEED's request to "get a bit louder out there", and even his Big Pimpin' Remix surprisingly induced only temporary cheers. When the set was complete, and everyone slowly trickled out, I overheard a comment that succinctly summed up the evening: "Well, the set was good." Indeed it was. 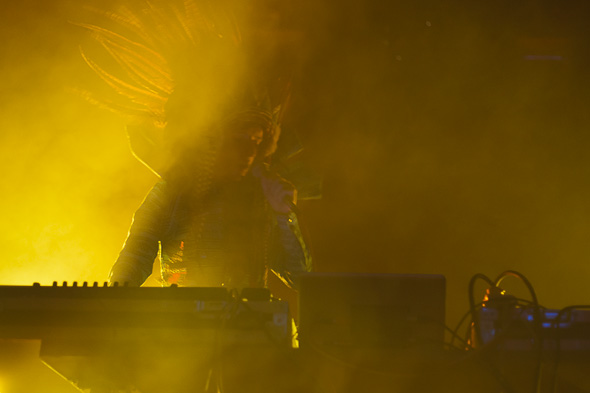 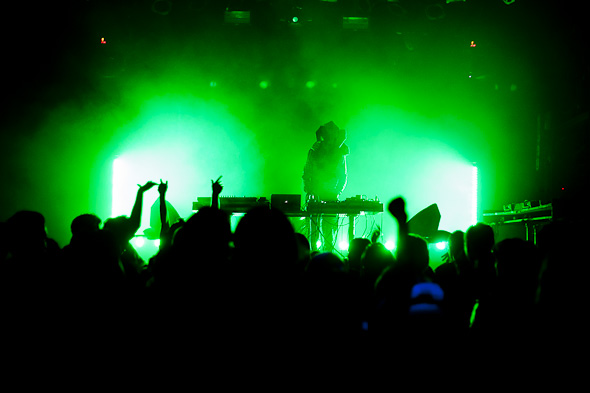 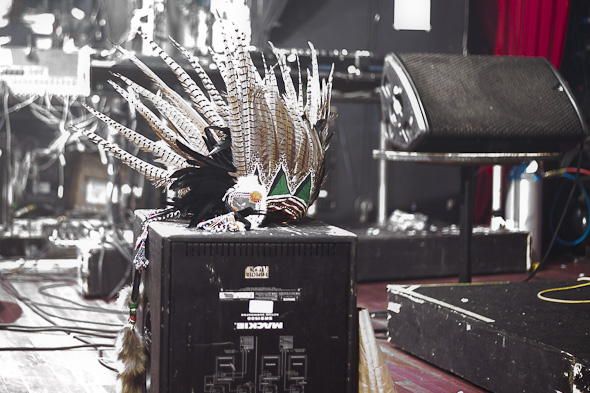