SBTRKT brings his brand of dub-step to the Hoxton

Last night people packed the Hoxton for the return SBTRKT, the UK producer responsible for introducing a new wave of dub step to North America. The show was highly anticipated after his July set when Drake made a surprise appearance. SBTRKT may not have delivered Drake last night, but he did bring the party. 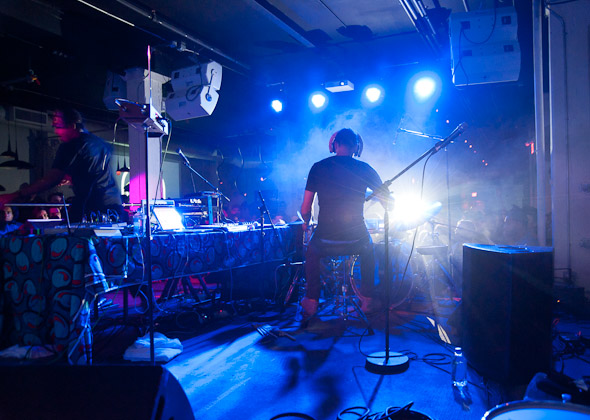 The crowd was eclectic for the Toronto party scene, which likely represented the mash up of genres seen in SBTRKT and the degree to which his music blurs the line between the mainstream and the underground. Perhaps not since the French electro outfit Justice has the world seen an artist push a typically inaccessible genre into melodic poppy gold. It's funny to think that dub step has been maintream in the UK for so long and is only hitting North America now. 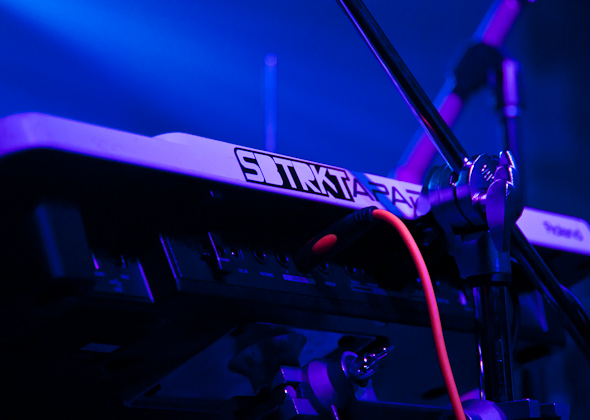 SBTRKT owes a lot of his pop ascendance to the vocals of Sampha. When he's delivering his catchy hooks, sometimes you forgot that they're laid atop a bed of deep crunchy bass. SBTRKT puts on a great show, with his signature tribal mask and elaborate set up of electronic and traditional instruments. But the real show stopper might have bee the opener araabMUZIK, the hip hop-turned-dub step producer who's credited with bringing Cam'ron back into the game. 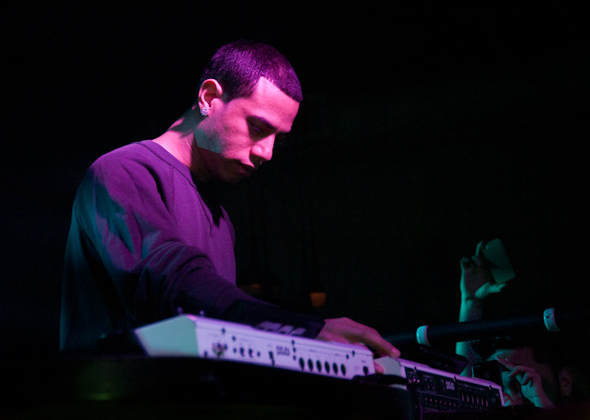 araabMUZIK set up a camera on his gear and projected it onto a screen behind him. The YouTube videos on him on his MPC (the gear that makes the music) have introduced a sense of artistry to the otherwise uneventful DJ performance. Breathing new life and showmanship into the digital instrument, he's like the Elton John of the MPC. 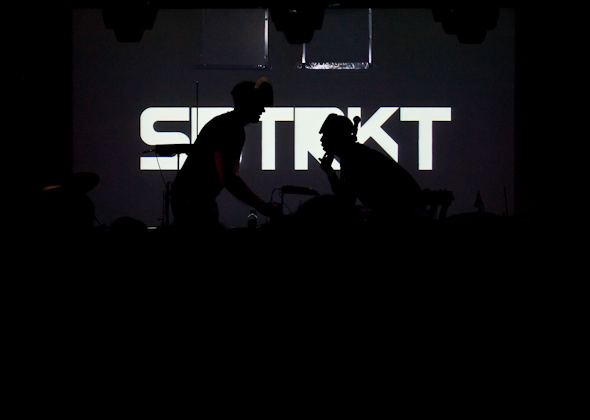