DD/MM/YYYY go out with a bang

It was the early hours of 11/11/11 when DD/MM/YYYY ceased to exist. Having fucked with every time signature known to this mortal dimension, the band are calling it a day. Thursday night's final show at the 918 Bathurst Centre was a fitting wake, with balloons, great lighting, pleasingly cheap beer, and plenty of appreciative fans.

Michigan art-punks Child Bite provided great support, kicking the night off with a stop/start frenzy of controlled rage. Their diverse sound; incorporating hooky riffs, unexpected raps and, most strangely of all, "Ace of Spades"-esque rockers, suggested DD/MM/YYYY's spaz-rock legacy is in good hands. 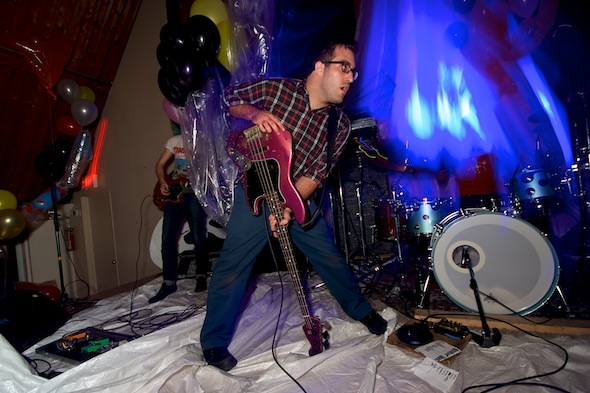 DD/MM/YYYY made the poignant walk onto the stage, hazy with dry ice, to launch into a final set that was as energetic and disorienting as ever. They brought out early tracks like "Culture Industry" to pay tribute to those who had been on board since the start of their long strange trip in 2003. Newer tracks like "Gimme Pizza Mind" demonstrated the consistency of the band's fractured sense of purpose. 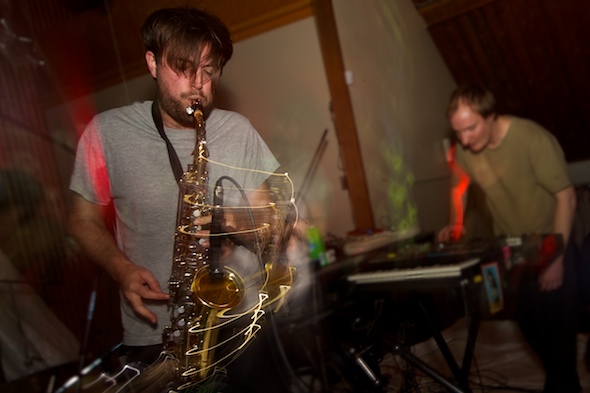 It might not be punk rock to say so, but DD/MM/YYYY's instrumental virtuosity is a wonder to behold. Even while crowd surfing, bassist Mike Claxton didn't miss a note of an intricate bass line. The chaos was fully controlled ("the Kandinsky: It's painted on both sides"), and as a fire alarm rang out on top of layers of looped sax and guitar drone, it sounded pretty good. 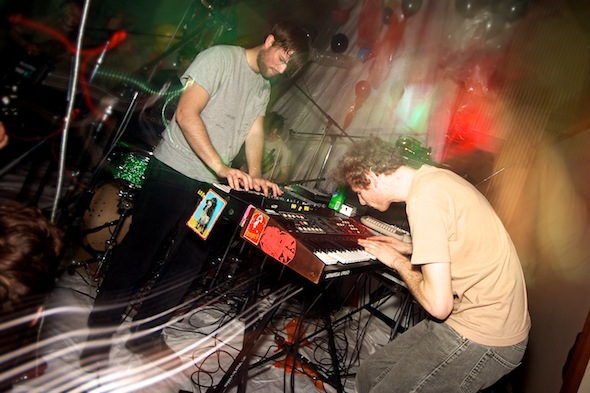 Floppy-haired mouthpiece Thomas Del Balso hinted at a disillusionment with rock and roll's cruel machinery, ranting about "aimlessly wandering America supporting aimless bands..." between songs. The overall vibe though was of best buddies squeezing the last drops of fun out of a longstanding labour of love. 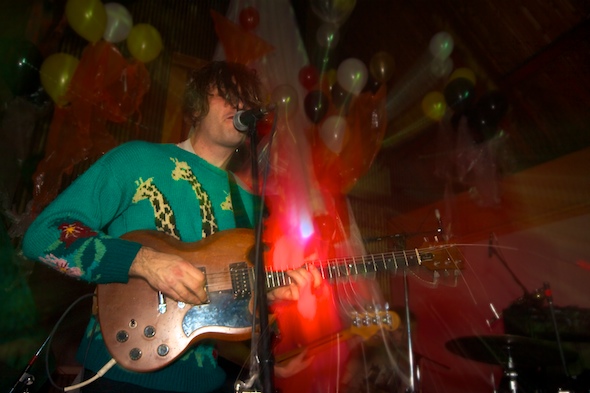 So, where do these post-everything musicians go post-DD/MM/YYYY? Word has it that the the majority of band members will reconfigure into a new group called Absolutely Free, which should provide some comfort for distressed fans. Farewell then to one of Toronto's most forward-thinking groups, but remember that the future can never last anyway. 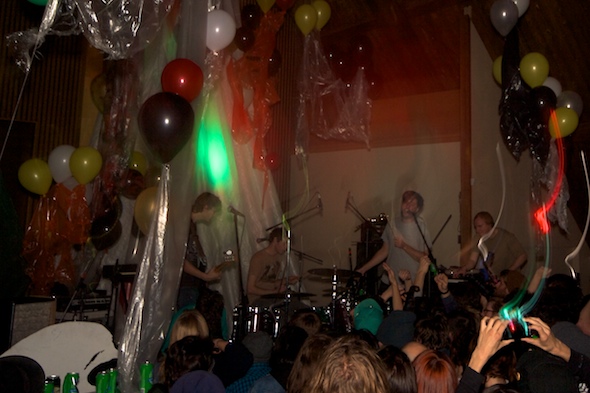