Next Music from Tokyo gets eclectic at the Rivoli

Next music from Tokyo packed out the Rivoli last night with a mixed crowd of Japanese expatriates, Japanophiles and obscure music geeks, curious for a glimpse into the parallel universe of Tokyo's music scene. The Japanese capital is a city so vast it feels like at any given time every cultural niche possible could exist within its sprawl. The wildly eclectic showcase last night suggested that could well be true.

Akai Ko-en took the stage first, demonstrating one of the most compellingly original sounds of all the evening's bands. A mix of choppy riffs, furious noise and operatic vocals, the all-female four-piece set the bar dauntingly high for the rest of the performers. By the end of the performance, singer Chiaki Sato stood transfixed as the guitarists wigged out gleefully beside her, and many people in the audience were similarly spellbound. 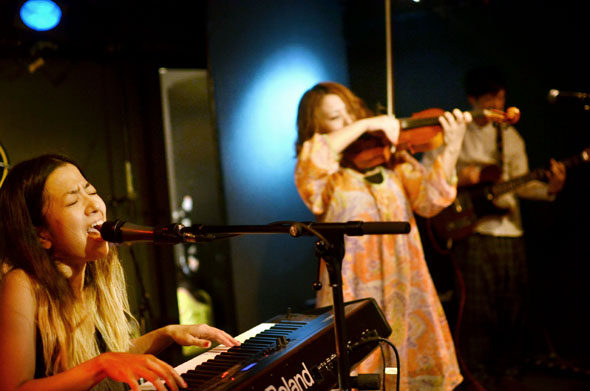 Organizer Steven Tanaka took to the stage to make some announcements before launching into the first of many stagedives of the night. Then it was time for Chiina to bring their high energy string-driven rock sound to the Rivoli. They reminded me a little of Canada's Hey Rosetta!, but with a few extra layers of schmaltz. The songwriting was strong, however, and the Celtic/Japanese fusion sound was alot more fun than you might imagine. "Do you like sushi?" asked guitarist Shouta Nishiyori, to a rapturous roar, signifying the love for all things Japanese in the room. 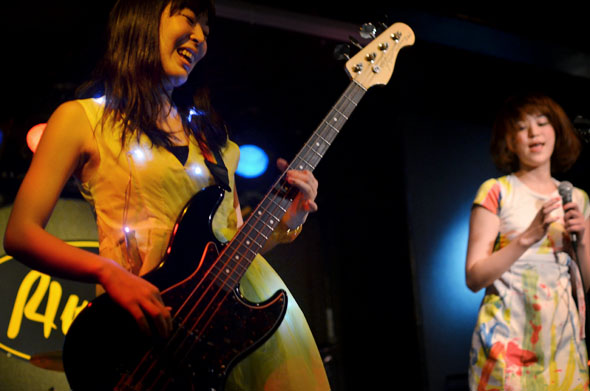 Turning the cute factor up to 11 were the next band, Merpeoples, whose new-wave pop was full of Saturday night charm. Super-cool singer Yukako Ohno ripped into a number of quirky guitar solos, supported by the buoyant Blondie-esque rhythms of the group. Merpeoples were supremely entertaining; danceable, watchable and hum-able all at once. 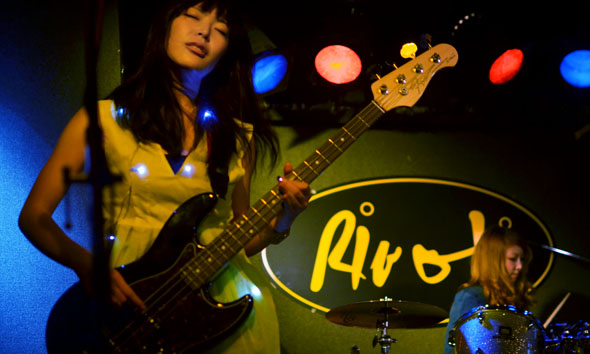 Hyacca's appearance however, reminded us that rock isn't all about entertainment. As soon as singer/guitarist Hiromi Kajiwara stepped on her ear-destroying fuzz pedal you knew it could be as serious as life itself. Whether a song started off in drone rock, dance-punk or math metal territory, you could rest assured Hyacca would wind up attacking your head with another splendid noise assault. As Kajiwara flailed into the audience it was clear; Hyacca embody the chaos of the rock and roll spirit in its purest and most beautiful form. 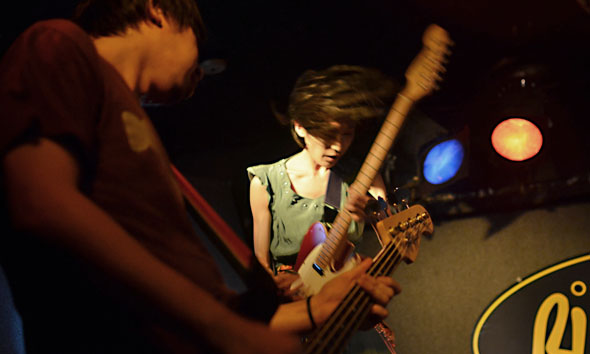 After Hyacca there was nowhere else to go, but jazz-metal collective Natsumen were still managed to bring another dimension to the night. At least nine members strong, they blew their horns and wigged out on the guitar with considerable intensity. I was a little impressed and a little confused. But, as with all the bands, the energy level was through the roof. And after such an impressive evening of music, I left worrying that Anglo-American rock tradition had been exposed as the lumbering cliche-ridden juggernaut that it is. 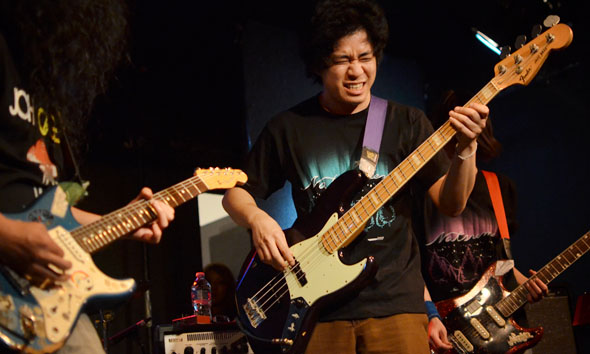 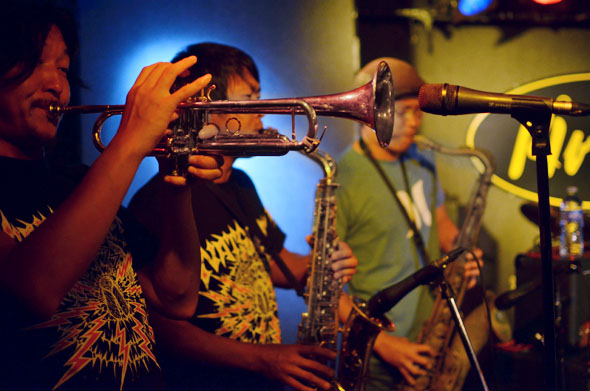