I can think of few contexts in which resurrection is a common occurrence, except, that is, for in music. Countless bands have disbanded under acrimonious circumstances only to reform several years later, and often with questionable motives for doing so. In fact, based on the large image of their zombified selves rising from the grave that Sebastien Grainger and Jesse F. Keeler had behind them while they played at the Sound Academy, one could almost believe that the two had conceived the band's visual imagery to take advantage of an eventual reunion.

Whatever motives Jesse F Keeler and Sebastien Grainger had in deciding to reform Death From Above 1979, the result was, for the most part, a really badass show. 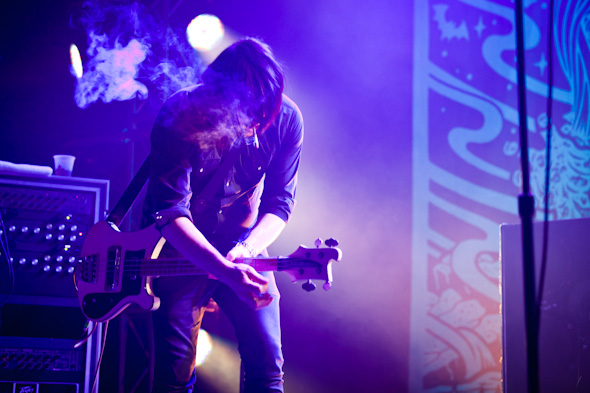 I arrived to the band launching into "Dead Womb." Here, as with elsewhere, DFA didn't reinvent their material. "Black History Month" was one of only two songs the band changed in a noticeable way. The song's outro saw JFK kneel down to his pedal board. This, I suspect, he did so that he could take a break and smoke a cigarette. Did the gesture come off as indulgent? Definitely. But something about musicians smoking on-stage is irrevocably cool to me — and I'm not even a smoker. 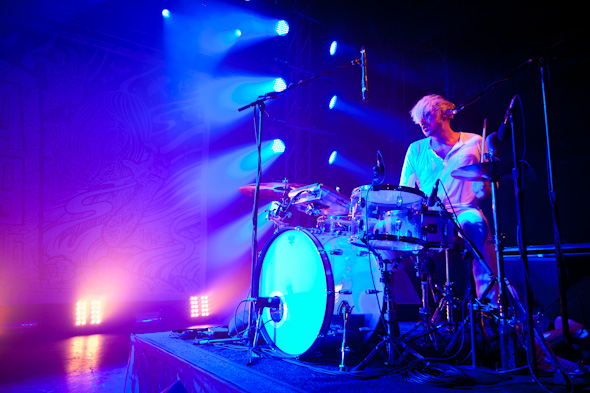 As for the audience, well, they had obviously waited a long time for this moment. According to my photographer, who arrived at the venue earlier than I did, most of the audience was enthusiastically moshing and crowd surfing way before Death From Above even came to the stage. 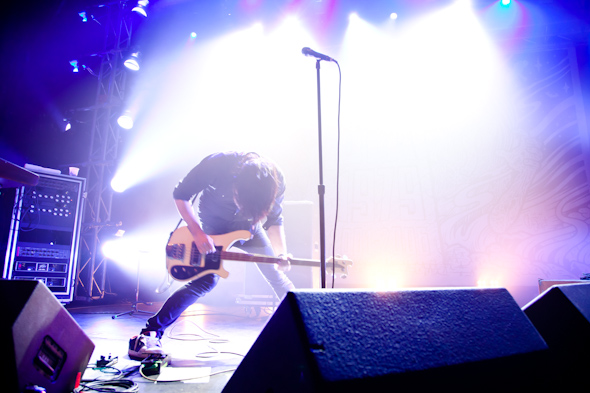 Both JFK and Grainger kept quiet until they suddenly launched into a flurry of stage banter half-way through their set. After finishing "Little Girl," the singer asked the audience, "Did you guys mind taking the bus?" I certainly did. It's the reason I was late to the show! In the same interlude, the soft-spoken Keeler responded to requests from the audience for a bass solo, "Thank you setting up a joke I've been waiting 10 years to tell: every song is a bass solo!" Beyond that, much of Grainger's banter took the form of compliments to his formerly estranged bandmate. The two also shared some private jokes. Whether any of this is an indication that the duo will continue to function as a band I don't know, but at least it's a good sign. 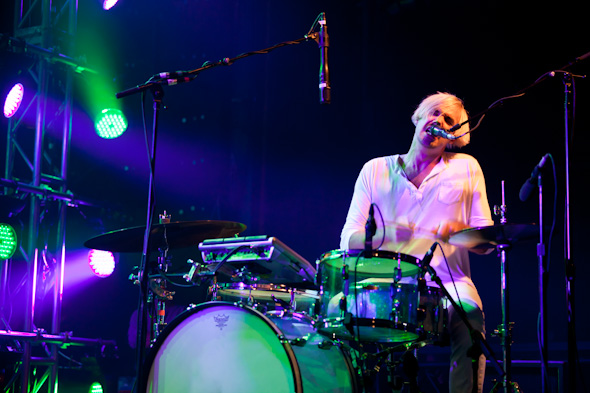 If there is one criticism I have of the concert — and it's a minor one at that — it's that, in my opinion, at times it sounded like Grainger was parodying the characters of his songs rather than genuinely inhabiting them. This was especially evident toward the end of the show when the duo played their most recognizable songs in "Little Girl" and "Romantic Rights." The version of "Romantic Rights" that the band played on Thursday night had an extended pre-chorus in which the singer-turned-drummer left his drum kit and wandered the stage while singing, "Come here baby I love your company / We could do it and start a family."

In repeating the phrase several times Grainger tried several different deliveries, none of which I thought captured the tone of the song — thematically, not sonically, that is. And more than a half-decade removed from the writing and recording of You're a Woman, I'm a Machine, I can understand if he's having trouble relating to the material anymore. The solution, however, is obvious: the group needs to write new music.

That said, if anyone else in the audience shared my outlook, they didn't seem to mind as much of their work was greeted with uproarious applause. Moreover, this is not something I felt affected the group's lesser know songs; for instance, I thought that Grainger's delivery on "Going Steady" and "Dead Womb" were absolutely faithful to the intent of the recorded originals. 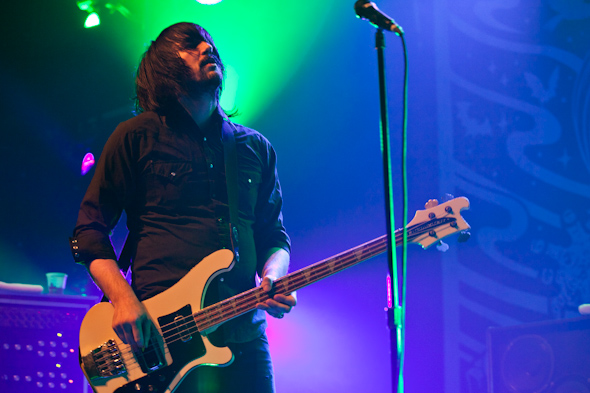 While returning to the stage for an encore, Grainger came with several beer cans in tow. Hilariously, he promised those near the front of the stage that he would share his beer with them if they showed him some ID. A musician is the last person I thought I would see carding someone, but the uncanniness of that moment solidified what makes DFA compelling to me. Like that moment, their sound hasn't really been replicated since the band disbanded. So I hope that last night was merely a stepping stone for the group on their way to new and exciting possibilities, and not simply a last hurrah.