Dan Mangan gets loud at the Queen Elizabeth Theatre

With its impeccable acoustics and intimate vibe, the Queen Elizabeth Theatre really lends itself to memorable concert experiences. Friday night's sold out Dan Mangan show was no exception. Touring in support of his latest record, Oh Fortune, Mangan and company pulled out all of the stops in what would be a truly impressive show. 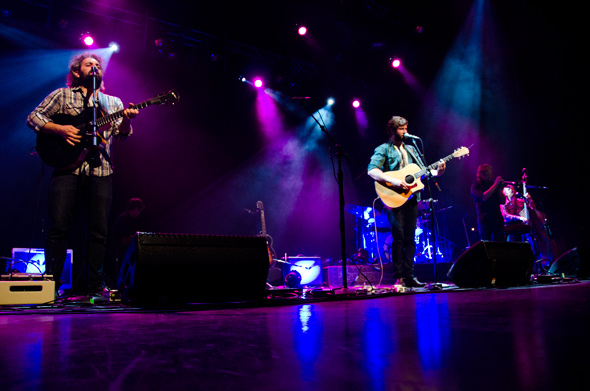 Mangan and his band eased into the night with the lush "About As Helpful As You Can Be Without Being Helpful At All." Flecked with staccato violin notes and trumpet swells, the song really set the tone for the night. Energetic, playful but all the while remarkably focused. 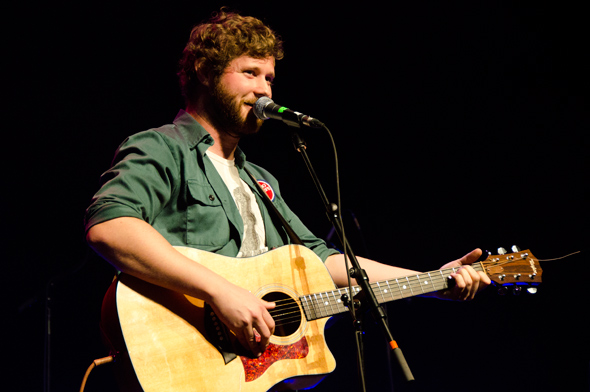 Leaning heavily on songs from Oh Fortune, Mangan's new tunes sound like the product of a Wilco-Beirut-Avett Brothers musical mĂŠnages-a-trois. Instances of simply strummed acoustic folk were punctuated with howling noise, thanks to a trumpet player who played his brass instrument with one hand while manipulating noise-making pedals with his other. 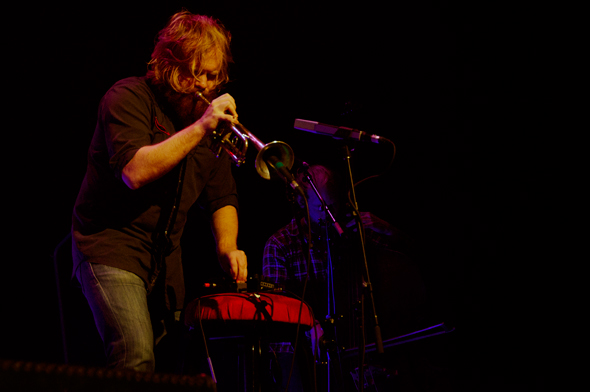 A strikingly loud and lively rendition of "Post-War Blues" even had Mangan's bass player commenting on the thunderous sounds coming from the band. "Wow that was loud" he exclaimed, to which Mangan proudly replied, "sweet, that means we played it right". 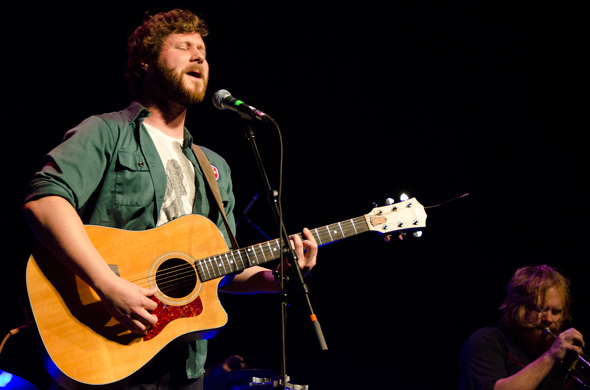 By the end of the show Mangan was quite talkative, despite trying his best not to be. He introduced a poignant cover of "In The Airplane Over The Sea" by Neutral Milk Hotel as a bit of a difficult song to cover. Not because it's hard to play on guitar, but rather because it means so much lyrically to so many people. Regardless, it was a flawless and heartfelt rendition of a song many people hold quite dear. 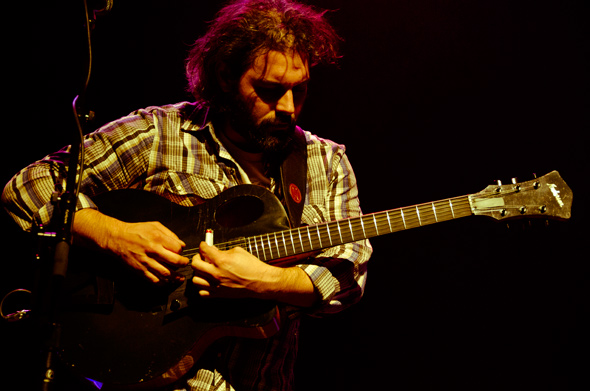 Mangan took to the crowd for a particularly engaging rendition of "Robots" during which he had the whole theatre singing the song's chorus. If his delivery wasn't so damn heartfelt I think people would have noticed just how silly the lyrics "Robots need love too / they want to be loved by you" were. 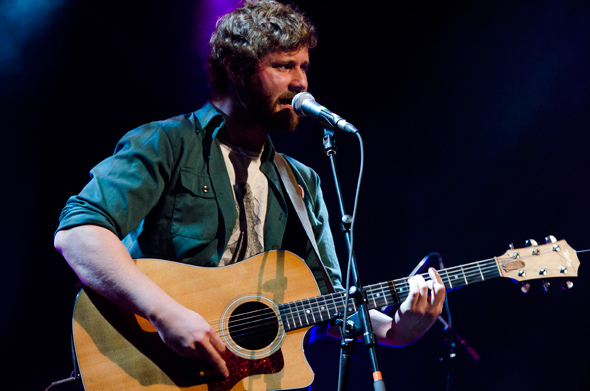 While Vancouver natives might have some hard feelings towards us big city Toronto folk (at least according to Mangan), Toronto certainly showed nothing but love to Dan on Friday night. From his secret shows to his heavily promoted ones, to his choice covers and his ability to engage a crowd, it's clear that Mangan has earned his reputation for playing memorable concerts.