It's hard to tell exactly when the crowd knew that they were a part of something special during day two of Festival Music House, the official (but invitation only) music component of TIFF.

It might have been at the beginning of the evening, when alt-rock/country duo Whitehorse took the stage and played a lively set to a crowd of no more than 75 people - all of whom gave the band their undivided attention.

It might have been when the feel-good story of the year, Saskatoon's Rolling Stone cover boys the Sheepdogs, practically lifted the roof off of the Mod Club with their set that harkened back to the glory days of rock and roll.

Or it could have been just after midnight, when the well-established Sam Roberts Band whipped the crowd into a borderline frenzy with their well-known tunes, both old and new. 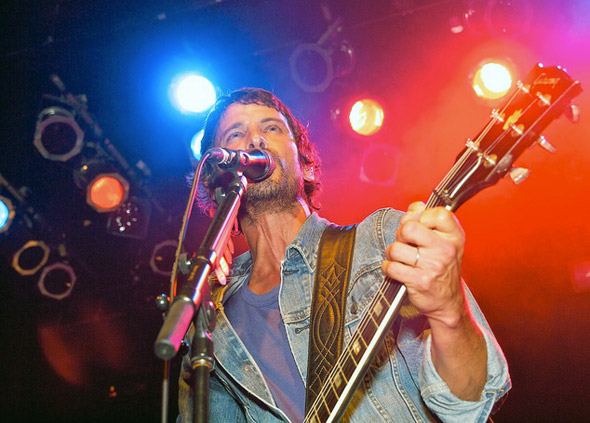 Whenever it was, it's clear that day two of this now-annual event didn't offer up a repeat of the previous night's apparent lack of interest from the audience. By the end of the evening, 300-400 people were jammed into the intimate venue. If anything, Tuesday's crowd couldn't get enough of the diverse lineup of Canadian musicians. The open bar and wide selection of hors d'oeuvres didn't hurt, either (the lobster croquettes were incredible).

Headliners Sam Roberts Band were the perfect conclusion to an incredible night of music. It seemed as though everyone in the room, young and old, was rocking out during the band's set, highlighted by Roberts' incredible stage presence. The dark "I Feel You," kicked off the set, and the crowd roared its approval as the slow-and-dirty riff kicked in. More upbeat tunes such as "Fixed to Ruin" and "Detroit '67" had people grooving on the dance floor (including one guy who was rocking out so hard the he looked like he was at a rave). All the while, Roberts looked like he was having the time of his life on stage, and judging from the crowd, his enthusiasm was infectious. The organizers of Festival Music House really couldn't have chosen a better headliner. 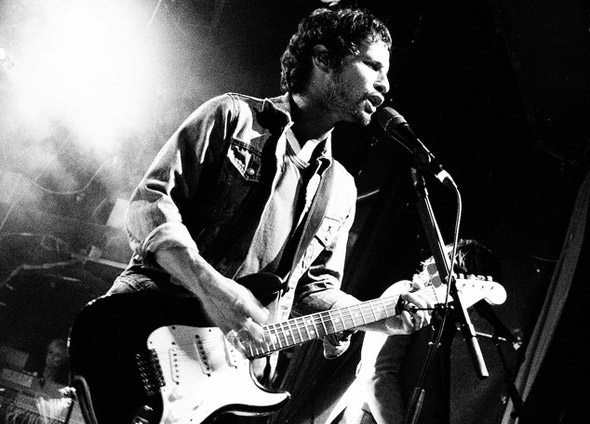 The aforementioned Whitehorse started the evening on a high note with their unique blend of genres. Marrying rock, folk, and country, the duo, made up of Melissa McClelland and Luke Doucet, offered up some tracks from their recently released self-titled debut album. Songs like "Killing Time is Murder" and "Emerald Isle" illustrate how the duo can go from dark to light at the drop of a hat. They also covered Bruce Springsteen's classic "I'm On Fire," truly making the song their own.

Next up was Ladies of the Canyon, an all-female country quartet from Montreal. The ladies list The Eagles, The Band, and Fleetwood Mac as the biggest influences on their music, and this became very apparent during their set. Pitch-perfect harmonies and a unique blend of instruments that included an upright bass and mandolin were the highlights, and the ladies themselves provided humorous banter with the audience. 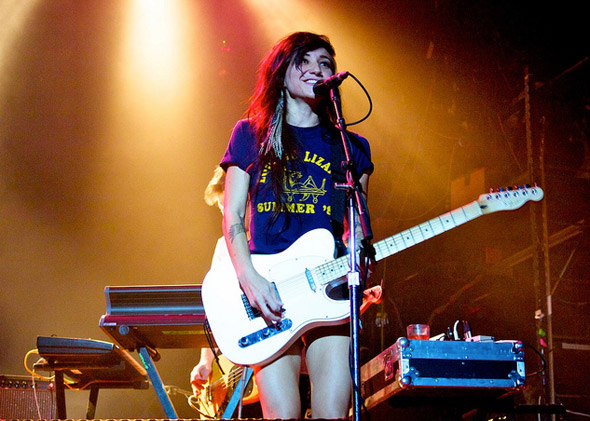 The ladies were followed by Lights, the Toronto based 24-year-old singer and songwriter. While the multi-talented musician didn't engage the audience often (and when she did, her voice was muffled and virtually inaudible), her set was lively and enthusiastic. It was impossible to not smile seeing her bouncing around the stage during songs such as "February Air," "Ice," and "Drive My Soul." The highlight of the set was an acoustic cover of Bjőrk's "Jóga," which Lights noted was a personal favourite. 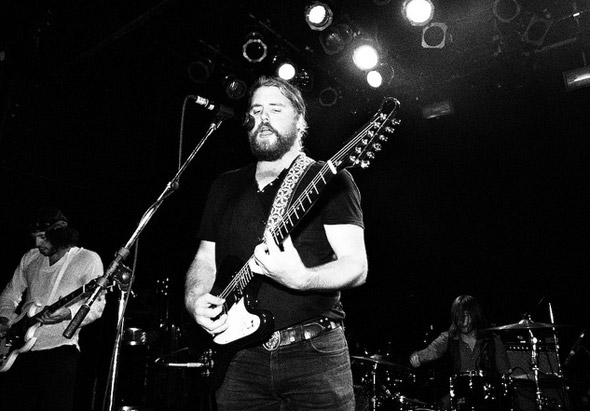 When The Sheepdogs took the stage at 11, the crowd, which had been fairly enthusiastic over the course of the night, was whipped into a frenzy. The four good ol' boys from Saskatoon played a set that harkened back to the days of bands like The Guess Who, with tracks like "Southern Dreaming" and "Right On" showcasing their love of classic rock. The highlight was the heavily-rotated single "I Don't Know," a song that would get even the most hardened soul up and rocking.

"Toronto has become sort of like a second home to us, so playing at a show like this is an honour," said bassist Ryan Gullen. And judging from the reaction of the crowd, the city has fully embraced the band.

The Festival Music House wraps up tonight at the Mod Club. Here's our coverage of night one.