Paul Kelly from A-Z in two nights at The Dakota

Paul Kelly treated Toronto to two sold-out nights of his brilliant songwriting at The Dakota this past weekend, playing an alphabetical selection from his vast repertoire.

Kelly is touring his popular-back-home-in-Australia A-Z shows, where he plays a song or two that starts with the letter A and works his way through to Z, engaging his audience with little stories along the way. 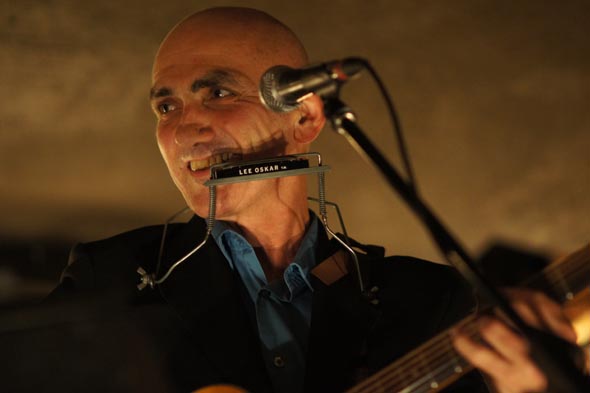 The format is simple and effective. He had me from Adelaide right through to Leaps and Bounds on Friday night. The audience was captivated all the way to Zoe on Saturday night. 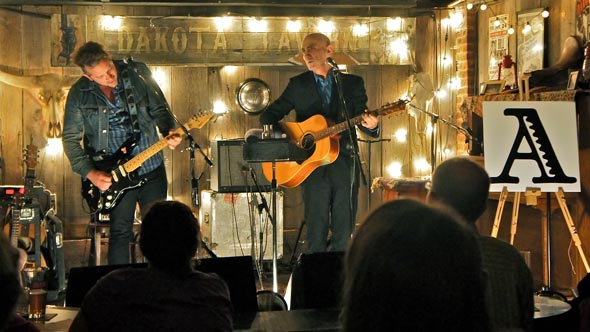 While his nephew Dan Kelly accompanied him on electric guitar or ukelele and back-up vocals, we were entertained by some of the backstory of his storytelling songs.

For the song Sweet Guy, he explained that it was the first song he wrote from a woman's point of view. "At first it sounded strange coming out of my mouth. But then people stayed on the dancefloor and the drinkers kept on drinking," he said. "I've been cross-singing ever since." 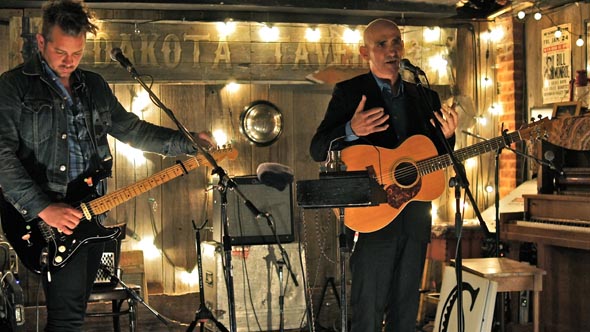 Kelly charmed the crowd last time I saw him in Toronto at The El Mocambo about three-and-a-half years ago. 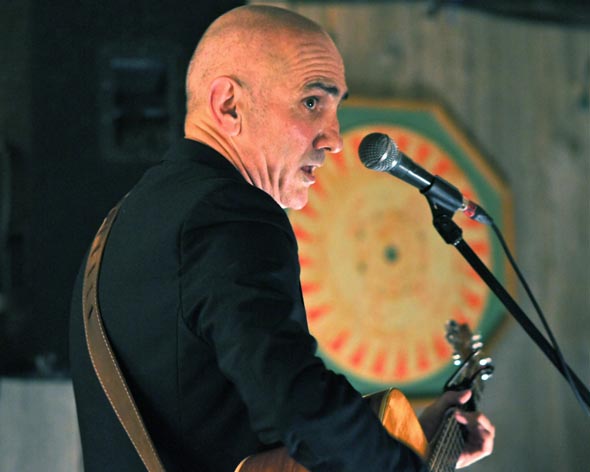 The tiny stage of The Dakota provided a more intimate setting. But it got rather hot in there. Kelly was sweating it out in a suit on stage. He'd play an acoustic guitar, harp and the old upright piano with equal panache. Note to The Dakota: get your piano tuned. 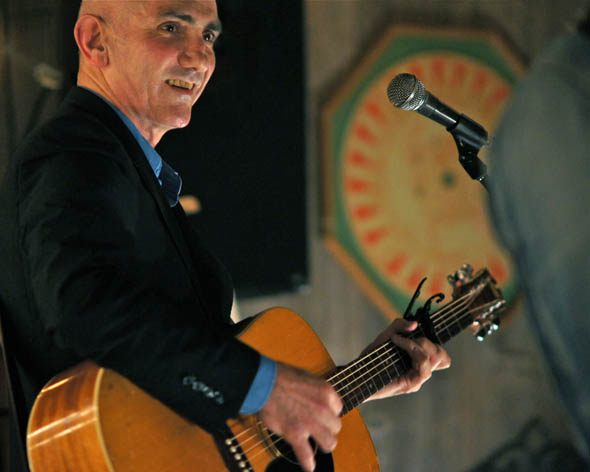 Kelly is looking more youthful with each tour. It's hard to believe he's 56 now. 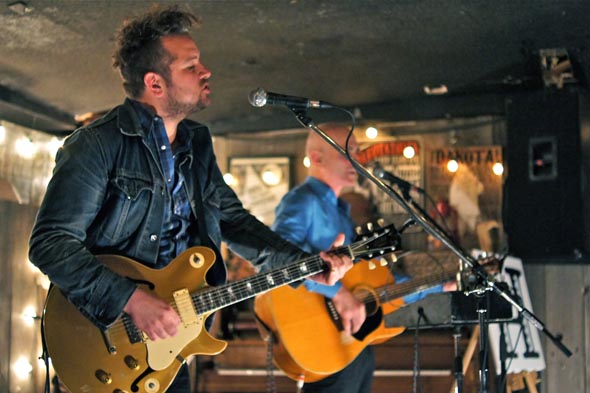 At the merch table they were selling The story and the songs: How To Make Gravy book, along with The A To Z Recordings (8CD Box Set). I'd have loved to own this 576-page memoir, but it's also available in an iPhone/iPad application. It's a pity that Penguin Australia didn't make it available outside of the Australian iTunes store. 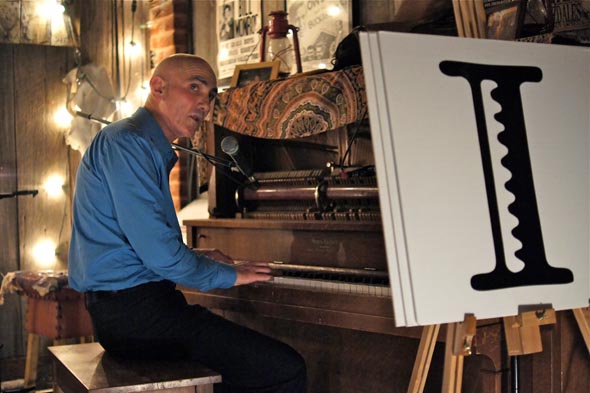 There were some amusing moments in these shows, like when Kelly would stop a song about 10-seconds in, realizing that he hadn't changed the big letter on the easel to the right of the stage. But it was his songs that stuck in my head (like Careless, God Told Me To, Other People's Houses, You Can't Take It With You) long after the show that made these two nights at The Dakota most memorable.