Somewhere between the hot and balmy environment of the Great Hall, the old world appeal of the venue itself, and the otherworldly voice of the night's performer, I thought I had entered not a concert, but some kind of collective purgatory in which the audience and I were vicariously absolving our sins through 21-year-old folk singer Laura Marling. Thankfully, it appears that I was just at a concert and did not, in fact, prematurely perish, but even that momentary lapse speaks to the kind of night it was on Friday at the Great Hall. 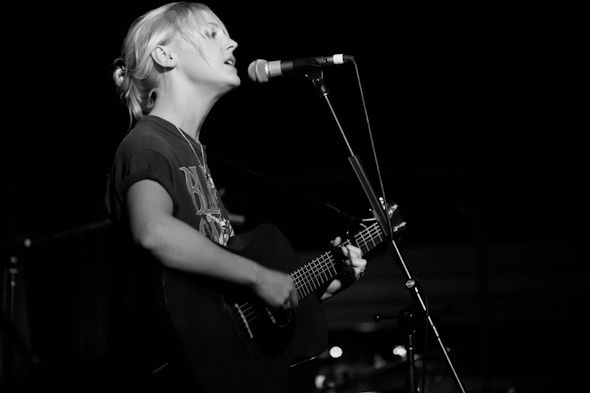 Adorned in a simple Black Sabbath t-shirt, Marling took the stage with her five-piece band promptly at ten o'clock. The band began their set with the Zeppelinesque "Rambling Man" before working their way into "Alpha Shallows" and "Alas, I Cannot Swim." Marling did an excellent job of playing material from each of her last three albums.

Throughout the concert, Marling repeatedly claimed that stage banter was not one of her strengths, but much of what she said between songs displayed the same sharp, concise wit that her music is known for; in fact, one of the great pleasures of watching Marling perform was waiting to hear what she would say during these gaps. During "Salinas," for instance, Marling stopped halfway through the song to reproach a chatty group of people talking at the bar. "I know it sounds mean, but I'm fucking mean," Marling said to the approval of the audience after berating the noisy talkers. 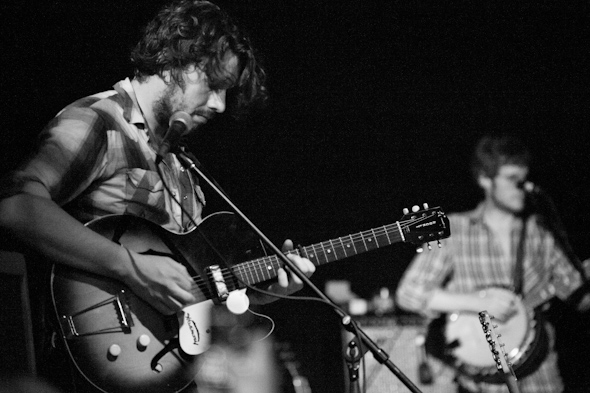 Later, Marling clarified her reasoning for berating the group, saying, "I get a lot of couples on first dates at my concerts. I try to encourage them to go somewhere more sensual. And they left!" This is just one of the many charming and funny things Marling said throughout her performance; a stark contrast to the overly serious narrators she inhabits during most of her songs.

"I'm going to play a song I have every chance of fucking up," Marling mentioned before playing "Pray For Me." And true to her words, Marling didn't manage to get out of the first verse before making a mistake. Both she and the audience had a laugh, though, and she managed to get through the song without making a mistake on her second try. "Pray For Me" was one of several songs that found Marling playing her material by herself, and, whether it was with or without a backing band, Marling's ample talents were on display throughout the night. 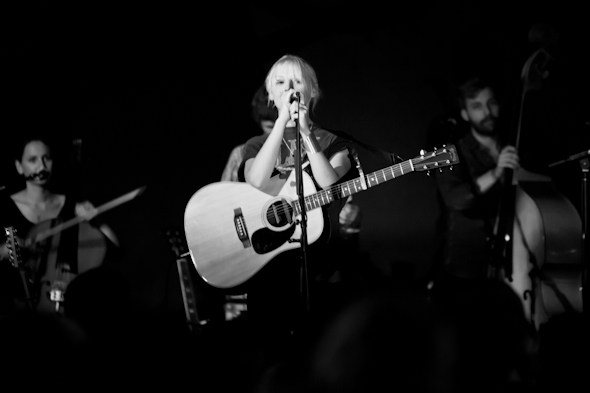 As her performance approached its conclusion, Marling informed the audience of her band's policy on encores: basically, they don't do them. "If you want an encore this is our last song. If not, this is our second last song," Marling said in response to the audience's calls for an encore. Some of her fans were likely disappointed by Marling's unwillingness to do an encore, but I found her honesty refreshing. After all, it's that same honesty that makes her songs so compelling.

Rambling Man
Alpha Shallows
Alas, I Cannot Swim
Ghosts
I Was Just a Card
A Creature I Don't Know
Hope in the Air
Salinas
Goodbye England (Covered in Snow)
Pray For Me
Night After Night
Blackberry Stone
Sophia
I Speak Because I Can
All My Rage