Festival Music House isn't your typical concert — or festival, really. The official music component of TIFF, the three-day series has some of Canada's top musicians playing the intimate Mod Club. You've got Sam Roberts Band, The Rural Alberta Advantage, Arkells, The Midway State, Hey Rosetta! and K'naan. All of whom play to about 200 invite-only guests comprised of TIFF delegates, producers, music industry insiders and writers et al. inside a transformed venue complete with white candelabras. Oh yeah, and like any standout TIFF party, there was an open bar.

It was enough for K'naan, the headliner of the first night of the festival, to announce to the half-attentive audience: "I probably shouldn't say this, but this type of stuff isn't my favorite stuff to do. It's probably not your favourite stuff to do either. But we will enjoy ourselves. Fuck it, that's why we make music." It was the first of a couple barbs K'naan half-jokingly, half-seriously tossed at the audience during his 40-minute showcase — showcase, however, that saw an animated K'naan really performing and getting behind his music. So much so that for the first time live, he performed four new tracks to the industry insiders. 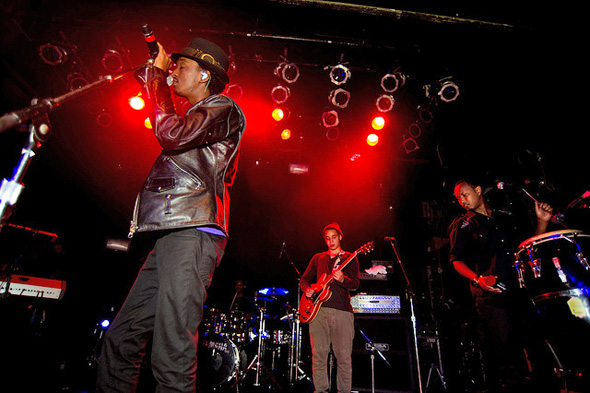 K'naan's new material is a bit of a deviation from Troubadour. Starting out with the new song, "Gold in Timbuktu," which starts out with a slow, almost soothing intro that breaks into an infectious beat. The choruses are slow and melodic while the verses are focused on K'naan's smooth flow backed by a solid beat. It was a trope that carried for the rest of K'naan's new material like "More Beautiful than Silence," "Waiting is a Drug," and the sure-to-be-a-hit-sing-along, "Bulletproof Pride," a song that was repeating in my head after the first listen. The new stuff is impressive. At least in the live version, there's lots of piano, some guitar riffs and a building beat with most songs. They tend to shift between soft intros and choruses that explode with a bass drum both often and seamlessly.

But there were other bands, too. Not that the audience cared much, though.

Hooded Fang got the short end of the stick and opened the show at 8 p.m. to about 50 people max. It didn't seem to bother them though as they blasted through their showcase shifting between stuff off of the Polaris-long listed effort Album with "Highway Steam" and playing some tracks off of Tosta Mista like "ESP" and "Den of Love," these fun, '60s surf-rock inspired ditties. 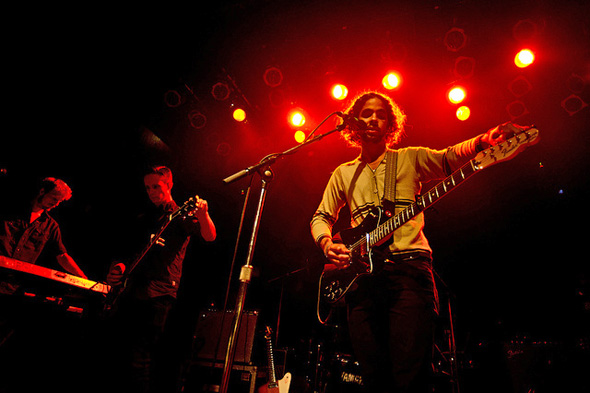 The night was complete with Toronto indie rockers Dinosaur Bones (pictured above) and the fine-voiced Hannah Georgas (pictured below). Both bands put on solid performances, but I felt like they were playing to an indifferent audience. Both bands having subdued, quiet parts and a laid back approach, the crowd seemed to take notice in themselves over the bands. A constant back-of-room chatter throughout both sets reminded you that these events are more for showing face and glad-handing than a concert where fans are pressing up against the stage hanging off every lyric. Hannah Georgas was able to finally get the audience's full attention by the end of her set with "All I Need," which builds into a force with Regina Spector-like yelps. 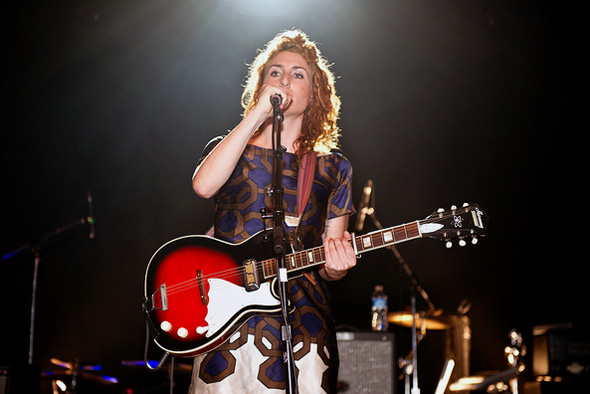 And then The Midway State (lead image). They got the audience's attention, most of it, anyway. (The well-dressed dude beside me with three impossibly good looking girls was clearly more interested in the gratis Stella Artois, though.) They dove head first into their anthem-steeped live performance with tunes off the newly minted Paris or India with songs like "Alive," "Atlantic" and "Fire." With lush breakdowns, a constant strobe light and a couple epic piano and guitar solos, The Midway State dazzled in their own way. It just seemed out of place with such an emphatic performance to a semi-caring crowd.