Kidstreet arrived at Wrongbar in buoyant mood, ready to unleash their debut album "Fuh Yeah" on the world. It was vocalist Edna's first night as a "resident" of Toronto, but Kidstreet's joyful performance was the perfect tonic to big city cynicism. 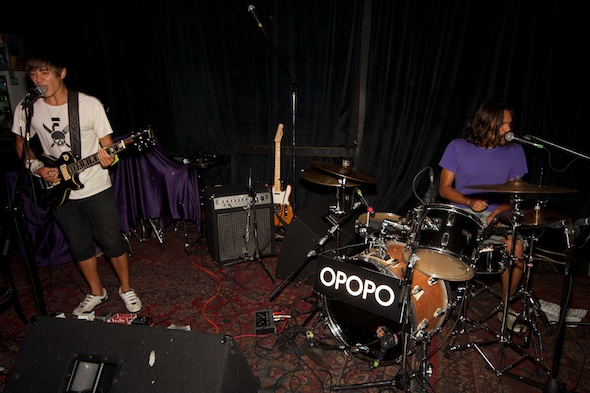 OPOPO opened up, leaner and meaner than the last time I encountered them live. Peddling a new, bluesy sound, the duo retained few of the killer electro beats of their earlier work, now resembling a futurized White Stripes. But, Bryan Sutherland did wield his guitar fearlessly while Corey Poole reveled in his new role as a drummer.

Despite electronic interludes the vibe was predominantly riff-heavy, balls-to-the-wall rock. A little more variety in their sound would be welcome, but whether working with synthetic or organic sounds, OPOPO are still Toronto's hardest rocking palindrome. 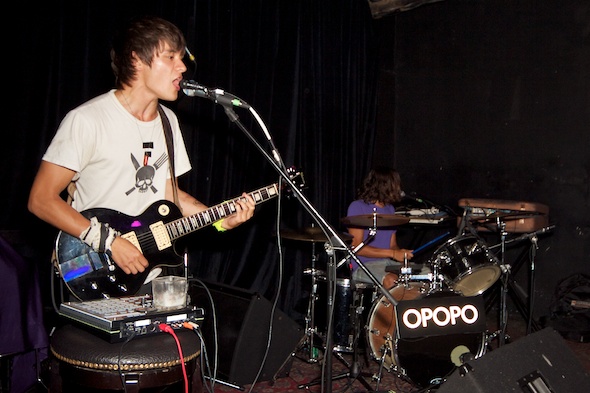 Doldrums took the night in another direction completely with his lo-fi sci-fi pop. Warbling flamboyantly and drowning in delay, Airick Woodhead's set seemed to gradually come together by centrifugal force. Free-form rhythms and vocal melodies orbited around each other almost randomly for the first few songs, before forming something coherent towards the end.

By the last song "I'm Homesick Sitting Up Here In My Satellite", the hooks fell into place and the beat was consistent enough to satisfy a crowd of Kidstreet fans hungry for a dance party. Woodhead is clearly doing something unique, but by losing himself in the music, he often loses the audience as well. 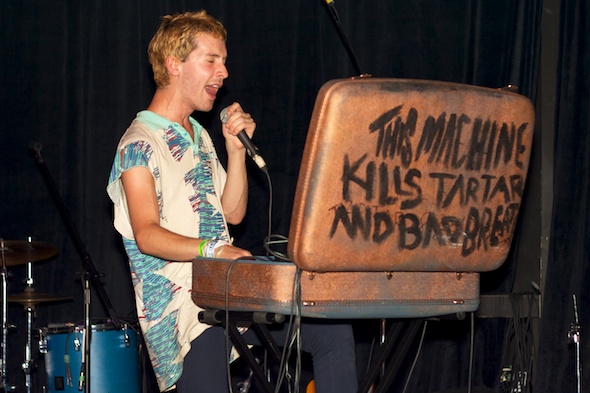 The night belonged to Kidstreet. The crowd had clearly been waiting for the three siblings from Waterloo to take the stage as the party exploded as soon as they appeared. Opening up with "X," the band members seemed to be having such a good time, it would have been rude not to join in with the fun. 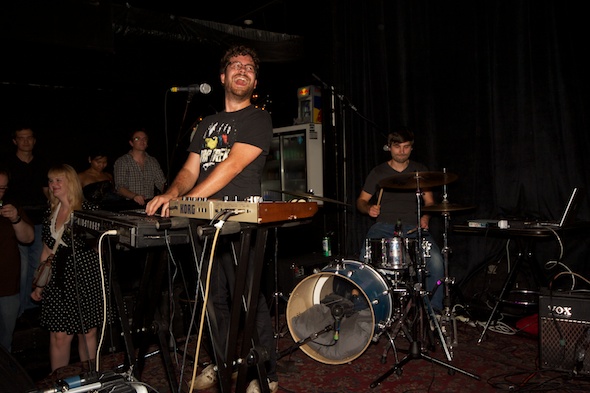 The onstage tomfoolery was always anchored by lazer-sharp beats and expertly built dance tracks adorned with sweet pop hooks. The group didn't stick around long enough for the energy to subside and built their set to a euphoric climax. Just don't mistake Kidstreet's fun vibe for frivolity; their commitment to cuteness demands to be taken seriously. 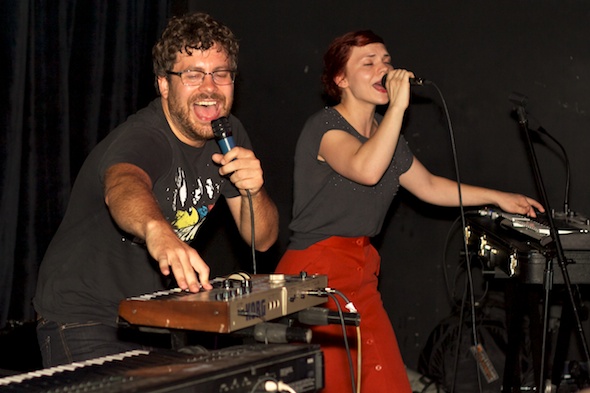