Japandroids and Metz conjure a tempest at Sneaky Dees

East and west Canada met on Thursday night as Metz and Japandroids got together to play an all punk show at Sneaky Dee's. 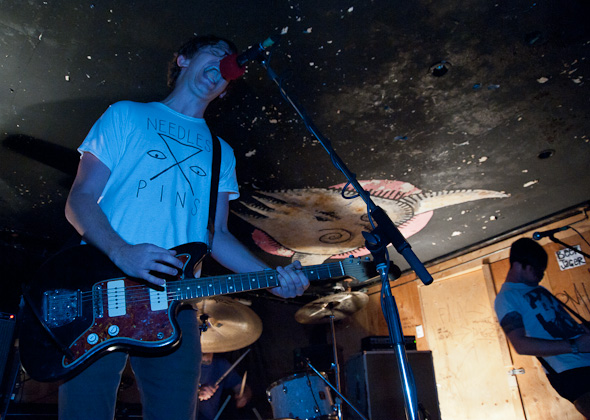 Bass Drum of Death was supposed to open for Japandroids, but unfortunately couldn't because of problems they encountered trying to cross the boarder into Canada (the band's blog posting on the subject can be found here). So instead, the audience got hometown heroes Metz. Known as one of Toronto's loudest bands, Metz had more than a couple audience members complaining to their friends about the noise-level of their set. And like Japandroids, Metz used their set as an opportunity to show off some new songs. Unfortunately, besides those faithful few fans gathered at the front, much of the audience seemed indifferent to the band. Metz, however, slowly managed to win over the audience, and, all things considered, the concert's organizer, Collective Concerts, could have done a lot worse on such short notice than getting one of Toronto's premier hardcore bands. 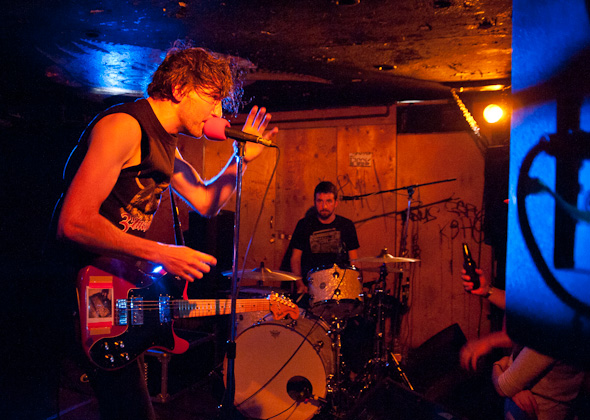 The rockers from east Vancouver used their first show in Toronto since last summer to showcase some of the material off their forthcoming album, which, according to the band, is coming out early next year. Japandroids guitarist and vocalist Brian King promised the audience early and often that he and David Prowse, the band's drummer, would quickly get through their new material before playing old favourites off of Post-Nothing. They played three new songs, including: the first song, which I think they said was called "Adrenaline Nightshift," and two songs I'm positive were called "Fire's Highway" and "Evil's Sway." 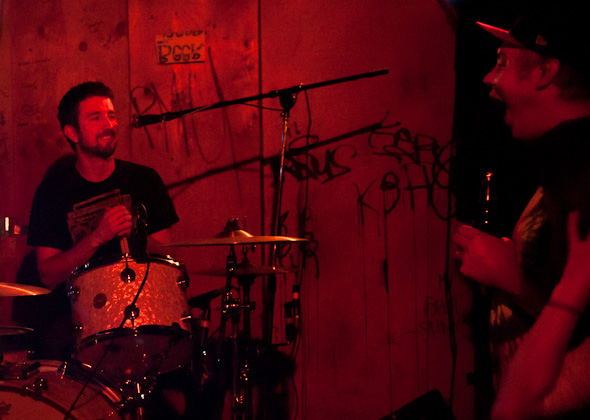 For the most part, Japandroids' new material remains in much the same vein as what the band released with their debut album, Post-Nothing. The new songs King and Prowse have written remain earnest and maybe just a bit cheesy, but charmingly so. The band obviously haven't reinvented themselves here, but I don't think they necessarily had to either. In any case, I left the concert excited and eager to listen to the band's new album once it comes, which is probably exactly the reaction Japandroids were hoping for. 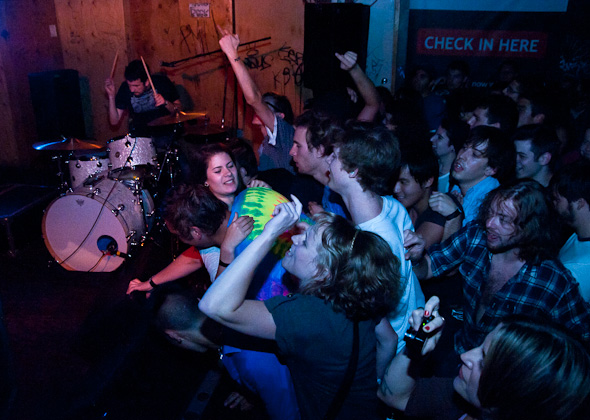 After playing their new material, Japandroids, as promised, launched into their much-loved old material. The audience, which had been receptive to the band's new songs, absolutely erupted when the band began playing "The Boys Are Leaving Town." The usually docile and harmless looking hipsters that frequent most of Toronto's indie concerts began to coalesce into a raging tempest, and as the band inexorably moved toward Post-Nothing standout "Young Hearts Spark Fire," more and more of the audience got pulled into the wake of those moshing near the front of the stage. Throughout Japandroids' set I saw several audience members leave the centre of the floor absolutely drenched in sweat. Obviously a sign that people were having a good time. 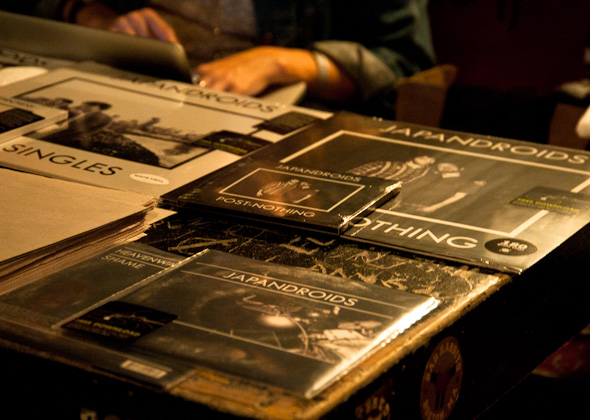 The band ended their set with a cover of Gun Club's "For the Love of Ivy." I can't say I was familiar with original prior to Japandroids covering the song -- or, for that matter, with the band that wrote the song in the first place. King said of the song, "This is the best song on our set," and I would have to agree with him. The cover was a compact and vicious, much like the rest of their set.