Toronto's Hooded Fang knows how to party it seems. Even though they lifted nothing heavier than bottles of Steam Whistle all night, getting a crowd of meek indie kids in the vicinity of a gym was a coup in itself. But organizers Wavelength bringing along local musical buddies Odonis Odonis and Wio-K, plus visual art from Wowee Zonk and toasted sandwiches from Sky Blue Sky, meant that the release party for new record "Tosta Mista" was virtually guaranteed to be a success.

In the parking lot of the Academy of Lions gym on Dundas West, Wio-K got the crowd limbered up with some slick hip-hop moves before Odonis Odonis took the stage with their visceral guitar rock. Dean Tzenos' guitar shredding forms the core of the band's sound, but the democratic use of vocals and some interesting programmed drum samples kept things varied. 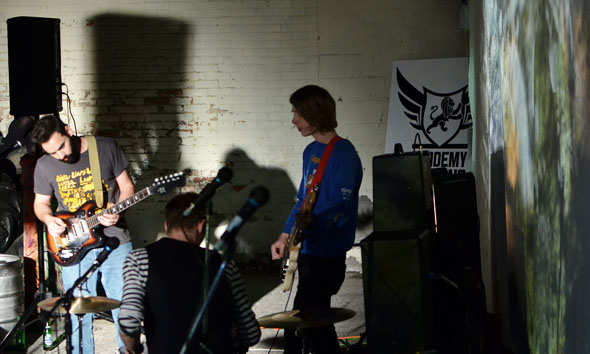 With epic intentions, Odonis Odonis brought out a choir of friends to back them up for the last song. The effect was impressive but some of the band's intensity seemed to be lost into the open air night sky. Next time I hope to be trapped in an enclosed space with their brooding, atmospheric noise. 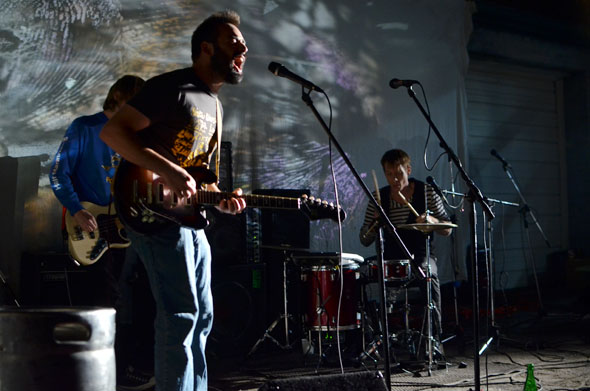 Rambling effusively between bands, MC Doc Pickles described the event as the official closing party for summer. And with colder weather just around the corner, Hooded Fang's feel good melodies and bittersweet undercurrent of nostalgia made them the perfect band for such an occasion. Kicking off with "Tosta Mista"'s "Clap," singer Daniel Lee's lyric about having a "good chilled-out time tonight" set the tone for the evening. 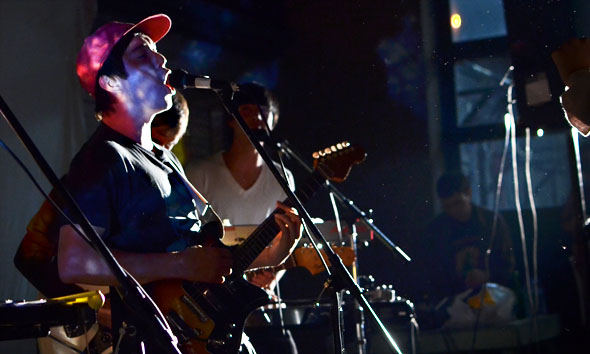 The chilled-out good times rolled on, aided by the appearance of curvaceous dancing girls in Mexican wrestling masks. Hooded Fang's love affair with a high energy early rock and roll sound lasted for most of the the set, before slowing things down with waltz-like new track "Den of Love." "Sleep Song" was deployed as an impromptu encore, and the endlessly optimistic rising chords sent everybody home happy.

Just nine months after the release of Hooded Fang's Polaris nominated "Album," the excitement for "Tosta Mista" was palpable. It was a happy-go-lucky good time for all those who appreciate the finer things in life; be it music, art or deliciously tasty toasted sandwiches. 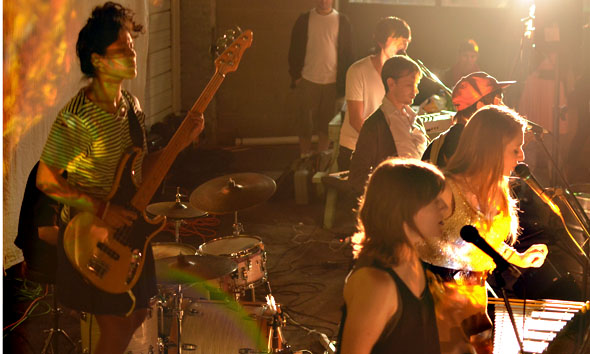 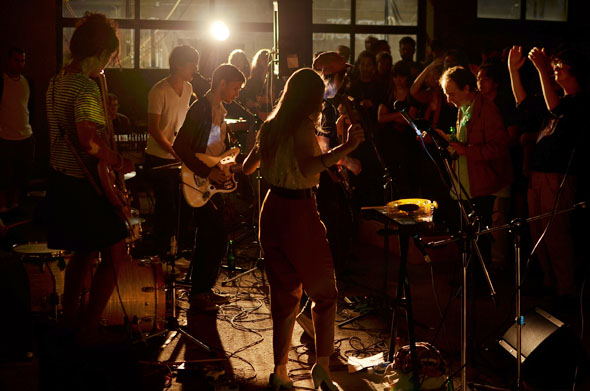