Coldplay shrugs off the rain at free outdoor concert

Screw the rain, we want us some Coldplay.

That was the agreed upon sentiment from the hundreds of fans that waited under drenched umbrellas and plastic ponchos shutting down Queen St. last night. A free Coldplay show to premiere new material off their anticipated fifth studio album, Mylo Xyloto? The rain was an afterthought for most.

And Chris Martin made a point of thanking the crowd, saying early in the set: "I can't believe all of you put up with the rain and wind to be here. We didn't think anyone would show. 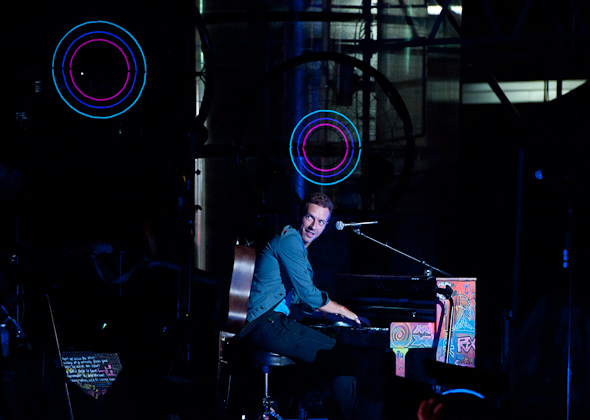 Before I begin to delve into the hour-long show at MuchMusic, a brief sidenote: The 40 Year Old Virgin got it wrong. From my standpoint last night, this little fenced-off hub for media, a lot of pretty girls like Coldplay. Fact. And they hang off of every lyric and swoon when Chris Martin takes his coat off and spins it around. Write that down. 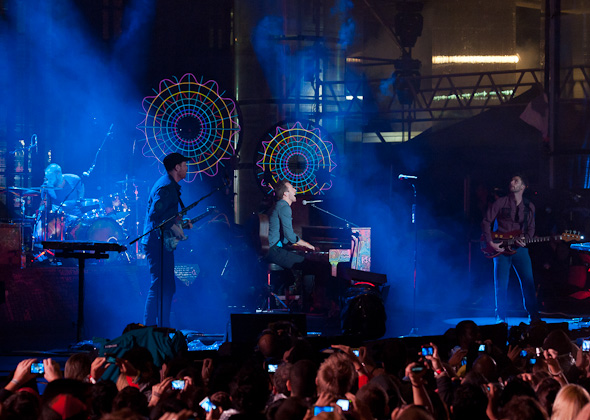 About 10 minutes before this British success story of a band hit the parking lot stage at Much, the rain stopped. And the multi-coloured fireworks began. Let's just get it out of the way now: it was a flashy show. With a massive outdoor stage, huge multiple screens behind the band, they had an impressive light show, smoke machine, confetti (and lots of it) and a shit-ton of fireworks. So much so that everyone in the front of the audience left with flecks of firework residue in their hair. You could tell a lot of work went into this shindig. Then again, it was broadcast live on Much. 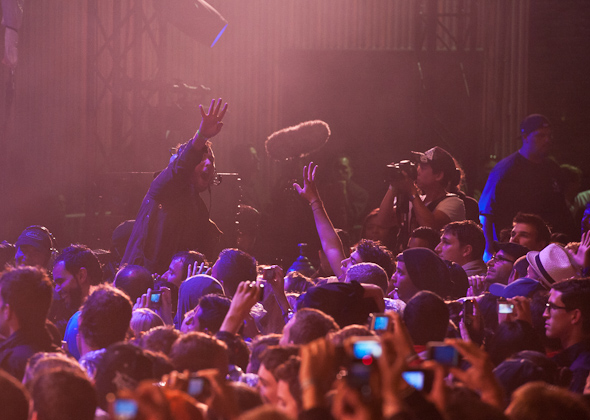 Opening with "Hurts like Heaven," a track off the new concept album, is this uplifting, quick-paced ditty. There's a lot of "ooohs" and "wooos" in the new material, which they spliced into the set list. In total, they played six new tracks in between their megahits like "Yellow," "Fix You" and "Viva La Vida." The new material, as you've probably already heard the singles, the infectious "Paradise" and the night's closer, "Every Teardrop is a Waterfall," the new tracks will keep longstanding fans content. The track "Charlie Brown," with soaring guitar and Chris Martin "ooohs," is surefire hit. It's another feel good song â a Coldplay staple when creating music, of course. 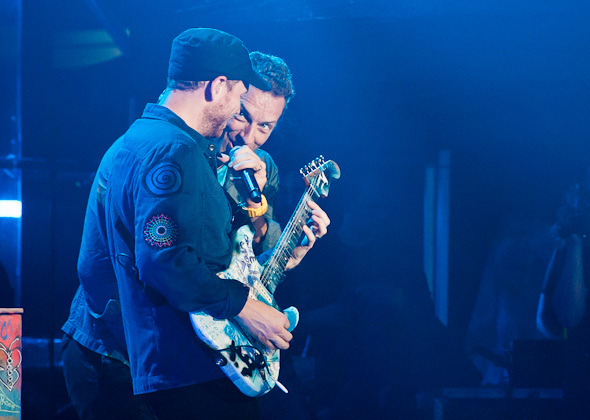 Although the vocals were a tad quiet for the opening track, the sound quality for the show was sharp. Coldplay is a seasoned stadium-playing band and it shows. Chris Martin kept the crowd interaction to a minimum, but when he did, he kept it cheeky. With even a tad of French. 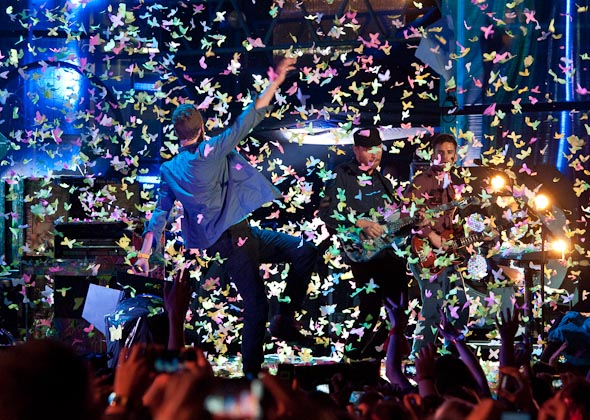 "It's a strange time in a man's life when you're old enough to be Justin Bieber's dad," Martin quipped before plunging into "Clocks." "This is an old song, but we still like playing it." After the song, they transitioned into the chorus of the late Amy Winehouse's "Rehab," assuming as a bit of a tribute to a fellow Brit, and then transitioned into the piano-driven, fan sing-along "Fix You."

With a sea of camera phones in the air and ample fireworks above, Coldplay ended with "Every Teardrop is a Waterfall."

I'm still picking flecks of fireworks out of my hair.

Coldplay's set list:
Hurts like Heaven
Yellow
In My Place
Major Minus
Paradise
God Put a Smile Upon Your Face
Viva La Vida
Charlie Brown
The Scientist
Clocks
Fix You
Every Teardrop is a Waterfall

Encore:
Us Against the World 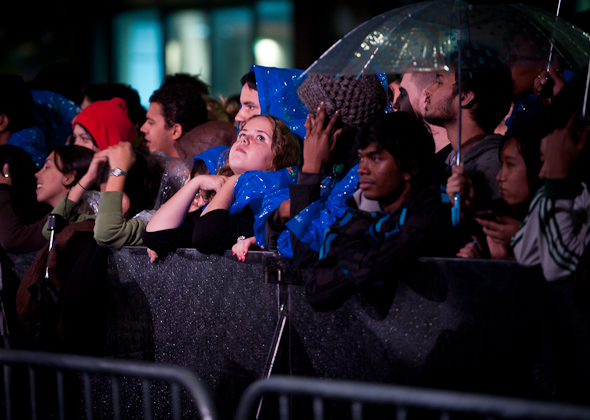 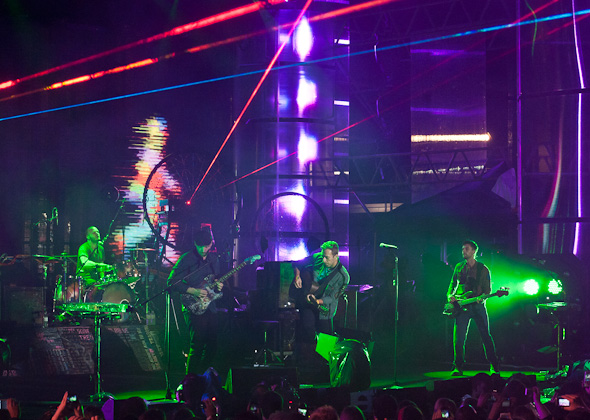 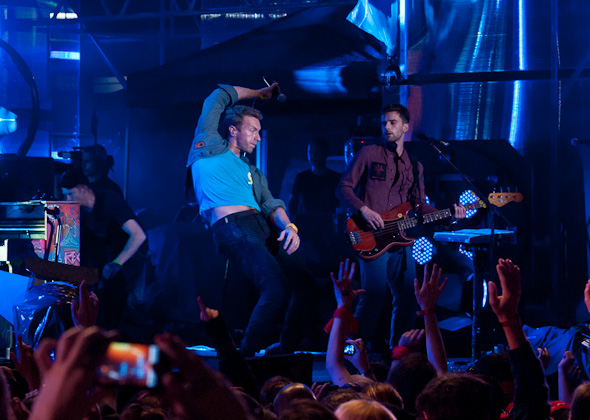