"And the winner of the 2011 Polaris Music Prize is The Suburbs!" Wait, what? No one actually expected Arcade Fire to win, right? After all, this is a prize that has in its short history traditionally spurned the bands that may have seemed like the obvious choices. Sometimes, however, the obvious choice is the right choice. It also certainly helps that the album in question is damn good. Besides, The Suburbs might just be the best collection of songs that its creators have put out in their young but illustrious careers. 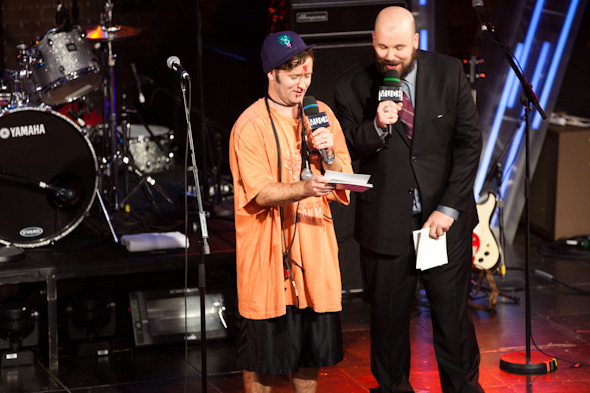 Unlike last year's gala, not all the bands that were shortlisted this year played a live set. for various reasons, Arcade Fire, Colin Stetson, Destroyer and The Weeknd did not perform at this year's gala â Stetson, for instance, was playing a show with Bon Iver in Los Angeles. That's a shame, since the bands that couldn't make the gala are some of Canada's best live bands, but even without them, the night was filled with exceptional performances. Thankfully, the band that did win was in attendance, even if they didn't play. 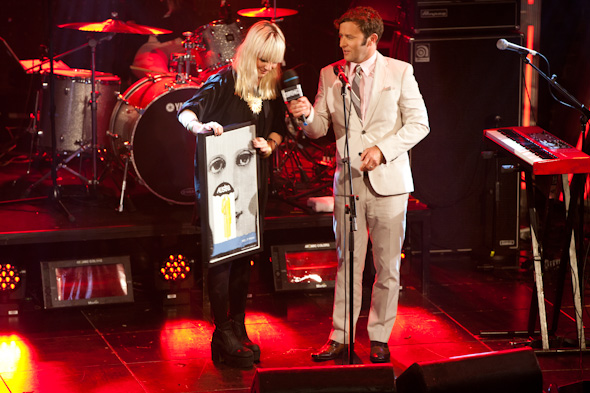 After finishing their set each band was given a commemorative poster to mark their appearance on the short list and was asked to say a word or two. With the exception of Arcade Fire, however, many of the bands didn't have much to say. After receiving his band's poster, Win Bulter, the lead singer and principal songwriter, said, "I don't think we will win because our name isn't offensive. He Poos Clouds? Now that's Fucked Up." Maybe the jury took that as a challenge? 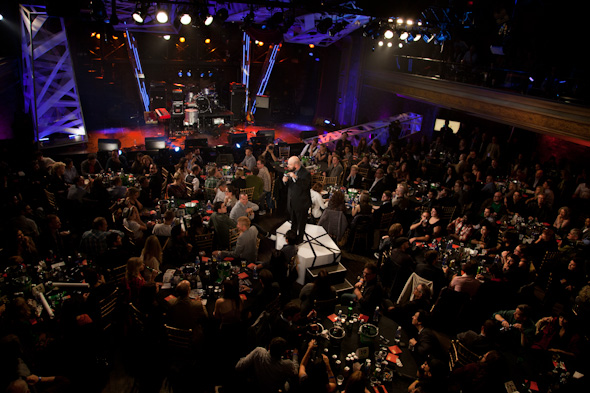 Several presentations and performances later and the world found out that Arcade Fire had won the prize. On behalf of the entire band, Butler stated, "Since the beginning of our career we've been trying to get paid with a giant cheque." Later, during their short press conference, the band clarified that they had tried in vain to convince their label, Merge Records, to pay them in giant novelty cheques. Butler went on to explain that he hoped some young band watching this year's prize would be inspired to make an album even better than The Suburbs and go on to win a future Polaris Prize. 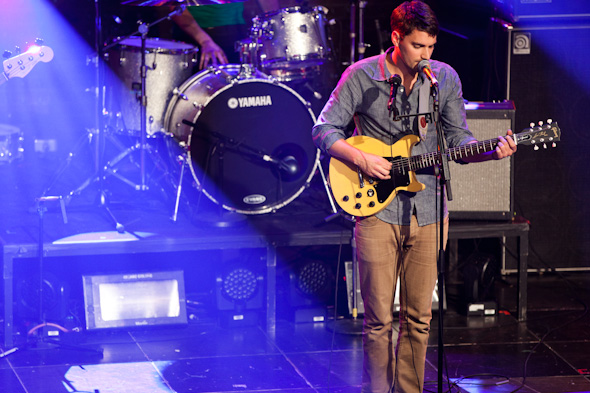 For those curious about what Arcade Fire will do with the $30,000 pay cheque they won last night, the band said that they'll likely put it toward their studio in Montreal. Although they didn't give many specifics, Butler noted that he thought it important that up and coming bands have a place where they can record their material cheaply. It should be mentioned that both Colin Stetson and Timber Timbre recorded their respective shortlist-nominated albums at Arcade Fire's Montreal studio, so no crapping on the fact that a financially secure band took home the dough.

All told, the night was yet another successful entry in the ongoing chronicle of this country's music history. 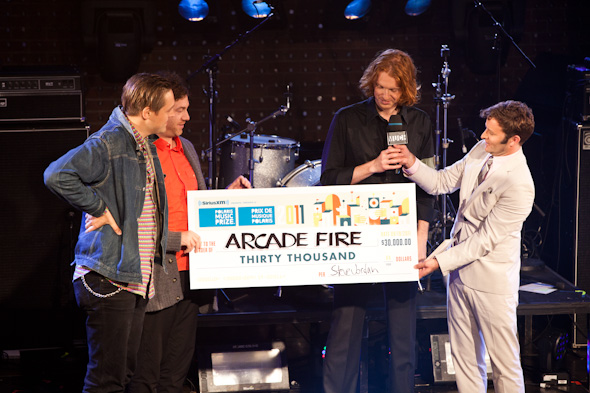