RRRRR, a festival celebrating trash art and independent music, built something quite unique in the back patio and parking lot of El Gordo food emporium in Kensington. Curated by Whippersnapper Gallery, the event took the detritus of everyday urban life and reused, repurposed, re-imagined, reclaimed and reframed it into something beautiful.

Reused garbage from the Kensington and Chinatown neighbourhoods formed a stage on which the bands performed. Sao Paolo's Urban Trash Art collective created the monumental artwork, inspired by the legend of the Phoenix rising from the flames, in order to address issues of sustainability and over-consumption. 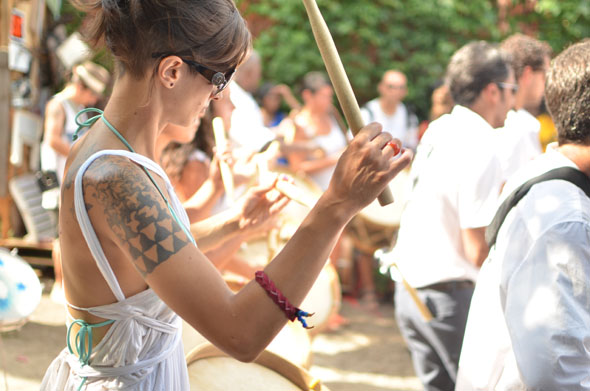 The parking lot at El Gordo was repurposed into a dancefloor by the Brazilian-African percussion groove of opening band Maracatu Mar Aberto. The whole market was in a festive mood and Maracatu Mar Aberto formed the centre piece to a particularly vibrant Pedestrian Sunday. They were followed onstage by local duo LAL, whose dancehall-inspired rhythms made perfect sense on Caribana weekend. 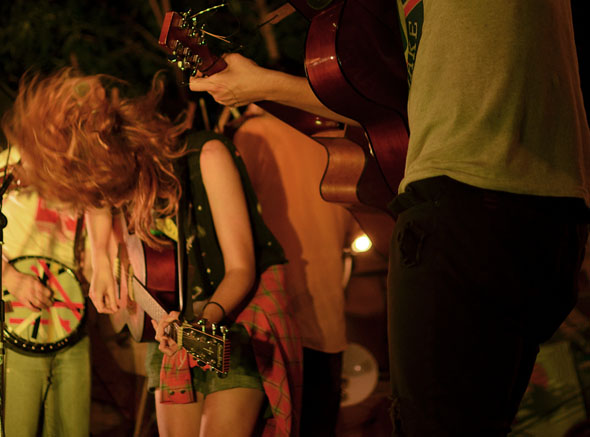 A re-imagined vision of folk music was offered later in the day by local troupe Moon King. They had just returned from Brooklyn and debuted a batch of new songs that had been purportedly whipped up an hour prior to the show. Their strumtastic melodies were delivered with considerable verve, even if they still had New York on their minds judging by their onstage banter. 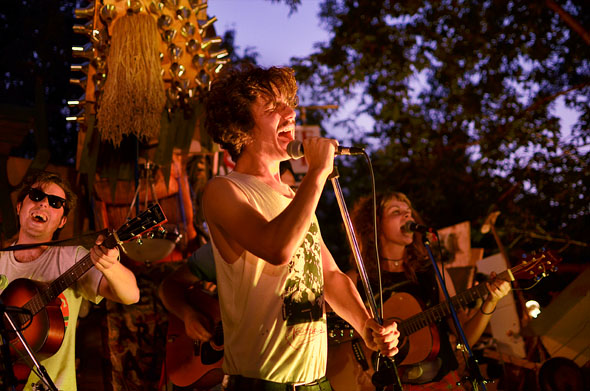 The reclaimed Ramones riffs of Japanther followed and, conversely, the New York punks were glad to be north of the border. They charmed us by pointing out that "everyone's a little bit freer up here" before sealing the deal with a tirade against Rob Ford. All in attendance must have felt a swell of civic pride as the festival showcased Toronto at its best. 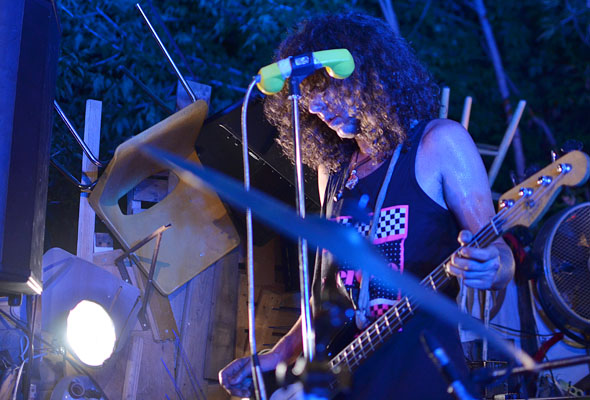 Garbage sculptures were re-framed as spiritual artifacts in Felix Kalmenson and Sasha Foster's "Hidden Shrines". Their vision of avant-garde art as modern mythology enticed visitors into the festival and has been bringing mysterious beauty to the urban landscape at events over the summer.

So a big thank you to Whippersnapper and all involved for creating something special from little more than trash and ingenuity. It was the perfect way to spend a hot summer Sunday and it couldn't have happened anywhere else but the eclectic melting pot of Kensington Market. 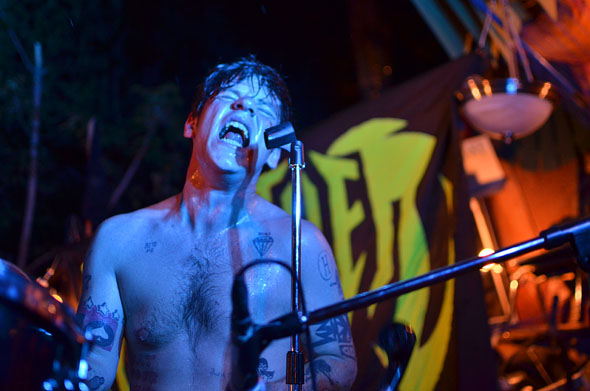