Incubus prove they're no adolescents at Toronto show

Normally I wouldn't even mention a frontman referring to his audience as "kids," though in this case, Brandon Boyd's assessment of his audience's age wasn't quite true. Sure, a lot of the fans who came to see his band were young, but a lot were also closer to his age than he might have been comfortable admitting (Boyd is 35). And while his statement might have not been necessarily true, it was certainly a telling one.

After all, though its hard to imagine, the truth is that 2011 marks the twentieth year that Incubus has been a band, or let's put it this way: Incubus has been a band for almost as long as I've been alive. Somehow, though, the band has managed to reinvent itself yet again with their newest album, If Not Now, When? And if the scene at the Molson Amphitheatre was any indication, then their fans love them just as much as before and maybe even more.

Incubus' set began with "Pardon Me" and "Wish You Were Here." I'm not sure why they chose to begin their set with these two songs, especially since they're the kind of songs that played toward the end of a set can launch it into the stratosphere. In fact, on the whole the band's set included some weird song selections. 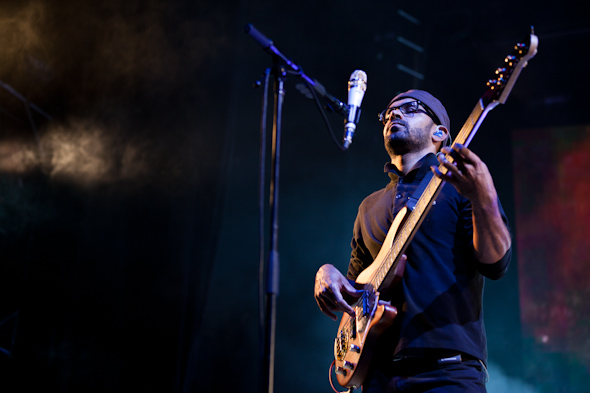 I can't say, for instance, that the songs I was looking forward to hearing from Make Yourself and Morning View were "Circles," "When It Comes" and "Consequence." Moreover, A Crow Left of the Murder and Light Grenades were poorly represented with only four songs from those two albums being included in the group's set. "Dig," in particular, received a sonic makeover that I wasn't too fond of. Besides those couple of missteps, however, Incubus included a good mix of new and old material.

Incubus has always had high production values when it comes to their live shows, but their current setup might just be their best yet. One aspect of their show was a giant high definition screen that bombard the audience with visuals. It wasn't always put to the best use, but, during "Adolescents" and "Megalomanic," for example, it displayed the excellent videos the band commissioned for each song.

My favourite moment, though, was when the band performed "Wish You Were Here." As Boyd sang, "The ocean looks like a thousand diamonds strewn across a blue blanket," the lighting changed to a beautiful and radiant blue and white mix to match the imagery he was painting with his lyrics. 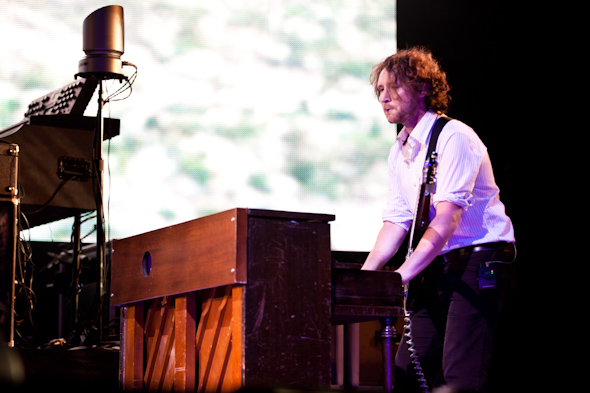 Maybe the most impressive thing about the concert was that everyone in the band looked like they were having fun. That's probably one reason Incubus has been so successful for so long, and likely something that will continue to serve them in the future.

Pardon Me
Wish You Were Here
Adolescents
Anna Molly
Promises, Promises
If Not Now, When?
Circles
When it Comes
Consequence
Vitamin
In the Company of Wolves
Defiance
Dig
Just a Phase
A Crow Left of the Murder
Drive
Thieves
Nice to Know You