Blink 182 get nostalgic at the Molson Amphitheatre

Back in 2009, I greeted the news that Blink 182 was touring again with surprise and excitement. I was glad that I finally had the chance to see a band that I should have seen years ago. For me, Blink was the band that first got me into music, so the chance to finally see them live was tantalizing to say the least. 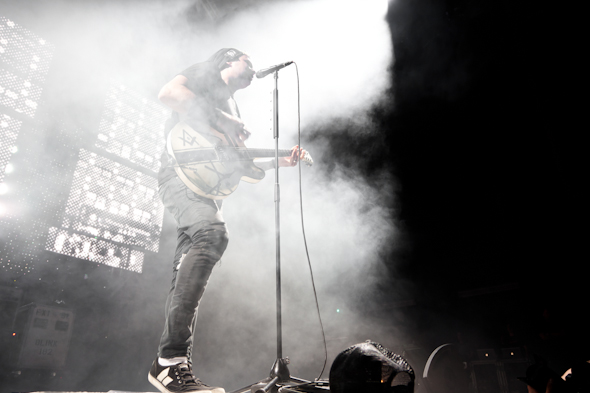 The guys came out strong, opening with "Feeling This," which erased any doubt I had that maybe the show wouldn't live up to expectations. From that point on, I knew the rest of their set would be what I'd been waiting for. 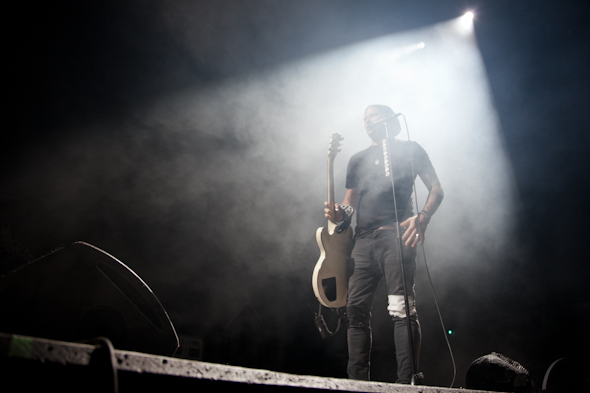 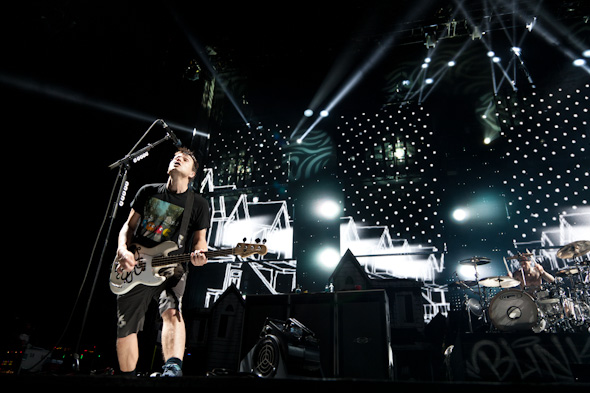 It was easy to recognize what the majority of the audience were there to see. Thankfully, Blink recognized this too, and played a satisfying amount of their classics, including: "What's My Age Again," "The Rock Song," "All The Small Things," "Carousel," "Stay Together For The Kids" and "Dammit." And I'm really glad they did, because I actually can't stand their new material, with its obvious influence from Tom's side project, Angels and Airwaves. I'm pretty sure I wasn't the only one who felt this way, since each time the band played a new song the crowd looked bored and unimpressed. 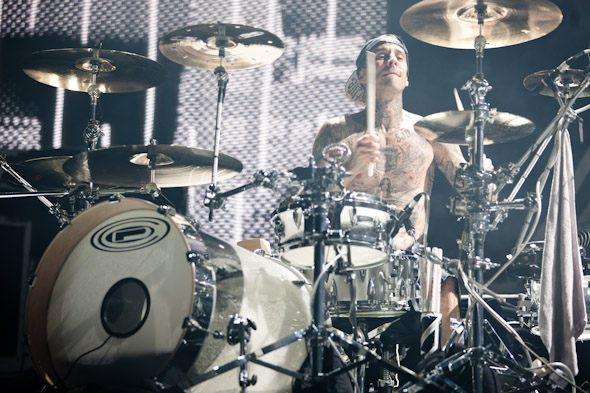 Although both Tom and Mark had weak vocal moments, I don't think they're the kind of band one goes to see expecting to best vocals. That being said, they made up for it with an energy-filled performance. Moreover, their set design and light show was extremely impressive. And the audience was certainly engaged. It sounded like everyone in the Molson Amphitheatre was singing along to every word of their old songs and they had the audience hanging on to every word of their stage banter. 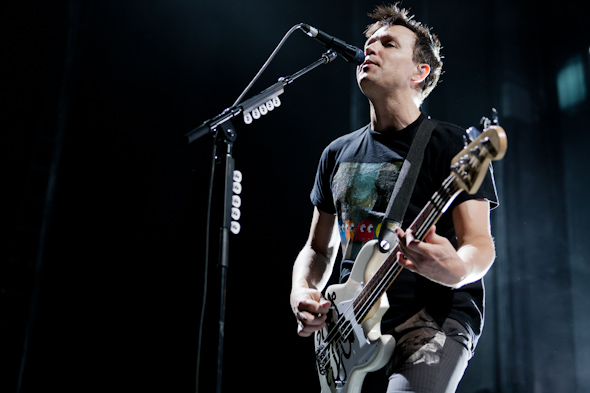 After their initial set was finished, the audience waited for the band to perform their encore, though I'm not sure anyone expected what happened next. As the curtain dropped, drummer Travis Barker appeared elevated on a crane over the Molson Amphitheatre. The crane moved him over the crowd, and he began an epic drum solo that was an obvious highlight of the show. After his solo, the band went into "Carousel" and then "Dammit," which seemed to send the crowd into a kind of euphoria. 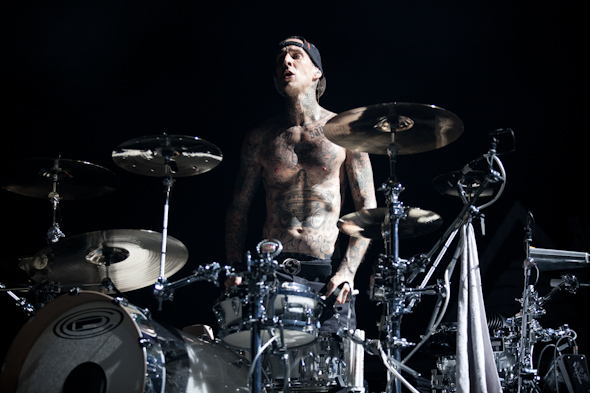 Although I'm biased by my past love of the band, I was extremely impressed with Blink's performance on Wednesday night. They played enough of the material off their old albums that I could pretend I was a teenager again. And although they may not be the same band they used to be -- they all travel in separate buses apparently -- I'm still glad they're playing music and seem to have fun doing it.

Words and photographs by Dylan Leeder