Beirut and Owen Pallett captivate at the Phoenix

In a week jam-packed with excellent concerts, the front-runner for one of the week's best concerts came from Beirut. The band charmed the audience at the Phoenix with their blend of Balkan Folk meets Indie Pop. Support was provided by one of Toronto's most loved musicians, Owen Pallett. 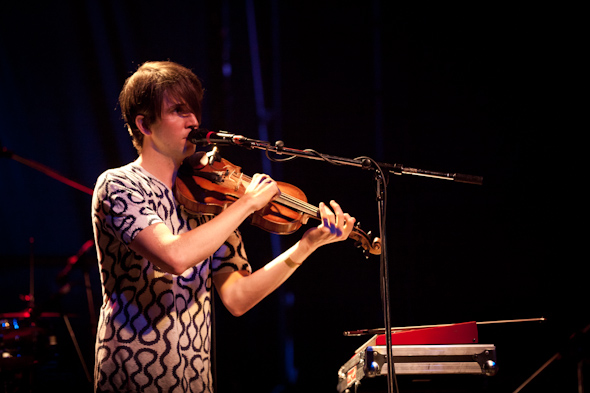 Pallett, known for his inventive covers, began his set with a cover of Beirut's own "Cliquot," it was one of two covers he played on Thursday night; the other being Caribou's "Odessa." It was both strange and exhilarating to hear Pallett cover "Cliquot," but, as with all his covers, he did a great job. Afterwards, he played several cuts from Heartland -- all of which were greeted with uproarious applause

After finishing his imaginative cover of Caribou's "Odessa," Pallett began experiencing technical problems with his laptop. It was at this point, unable to lay down the violin loops that he had depended on throughout the night, that Pallet delivered his best performance. Yes, Pallett's ample talents were on display throughout the night, but they were never as apparent as when it was just his violin and voice filtering through the Phoenix's loudspeakers. 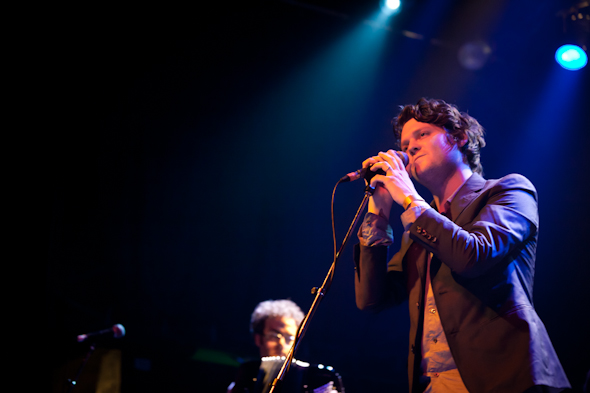 I've always had somewhat ambivalent feelings towards the music Zachary Condon has crafted under the Beirut moniker. On the one hand, here is a man -- from Sante Fe, New Mexico no less -- appropriating the music of my homeland (full disclosure: I was born in the Balkans). However, it's been difficult to argue with his results. After all, while they might have sounded weird on first listen to Western listeners, Gulag Orkestra and The Flying Club Cup were both superb albums; besides, it has always seemed like Condon has had a sincere interest in the music of Eastern Europe. 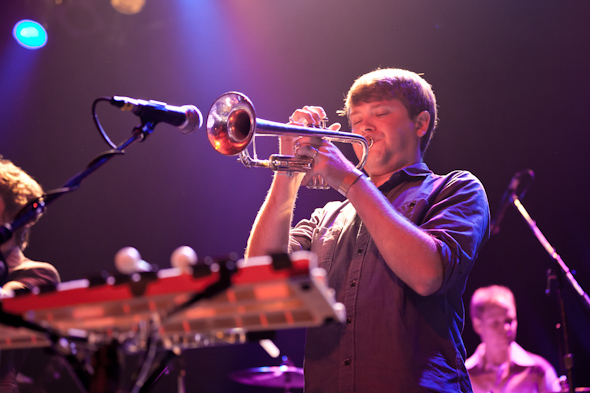 Tuesday, which also happened to be the band's first of two dates in Toronto, marked the release of the band's newest album, The Rip Tide. Condon has stated in previous interviews that when he first started writing songs he named some of them after places he wanted to visited -- that's how he settled on calling his band Beirut, for instance. In contrast, The Rip Tide contains oddly nostalgic names like "Sante Fe" and "East Harlem," songs that show an artist that has come full circle in his creative journey, but more on that slightly later.

Although most of the loudest cheers were still reserved for the band's best known songs, such as "Sunday Smile," "Nantes" and "Elephant Gun," the songs I appreciated the most were those that were new -- and most of what Condon and company played on Thursday night was new. 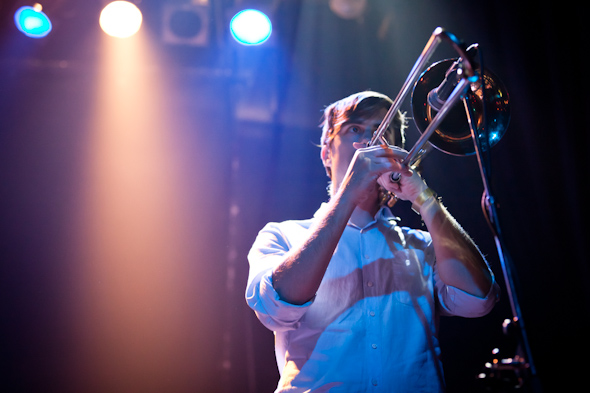 And while on the subject of cheering, I wanted to mention what a great and sophisticated crowd both bands managed to draw. In contrast to some of the other concerts I've seen in the past couple of months, particularly the Fleet Foxes concert at Massey Hall where heckling was a problem, the audience at the Phoenix was remarkably well-behaved. Great job, audience. 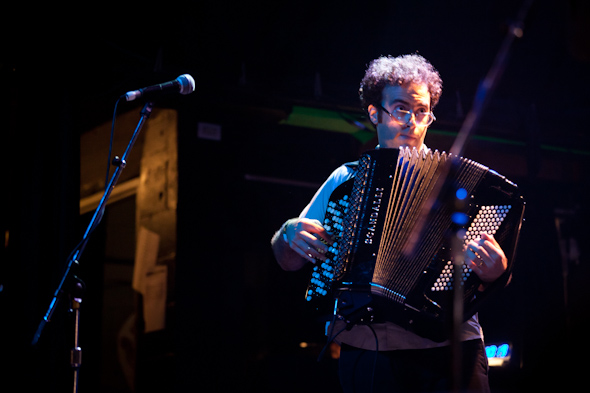 Returning to Beirut's new material, I think it's safe to suggest that the new batch of songs that the band has written are some of their best yet. "East Harlem," for instance, has some of Condon's most affecting lyrics: "Another rose wilts in East Harlem/ And uptown downtown a thousand miles between us/ She's waiting for the night to fall/ Let it fall, I'll never make it in time." This, delivered in Condon's idiosyncratic warble, sounded at both times familiar and totally new. In relation to his Indie Pop peers, Condon's has always sounded unique, but it was always easy to tell where his influences came from. However, with The Rip Tide, Condon and the band have developed a style of music that belongs distinctly and uniquely to them.

At one point in the concert, Condon stated that he wished that the band could play a residency at the Phoenix for a whole month. And while that might not have been realistic, I think I speak for everyone that attended both concerts that the band should endeavour to come back to Toronto as soon as possible.