The Hypnotic Brass Ensemble takes off at the Great Hall

Hypnotic Brass Ensemble were on a self-professed mission to "blast off to Mars" at the Great Hall last night. These eight brothers from Chicago don't really get the party started â hands were in the air and hi-fives were exchanged before a note had been played â so much as beam in the good vibes from a parallel universe where the party never stops.

With a direct connection to music's cosmic mother load, inherited from father Phil Cohran of the Sun Ra Arkestra, and a swagger earned the hard way on the streets of Chi-town, their music bridges the worlds of jazz and hip hop with perfect logic. Freestyle raps filled the gaps between anthemic horn work, creating a non-stop energy that left the Great Hall in a state of constant vibration. 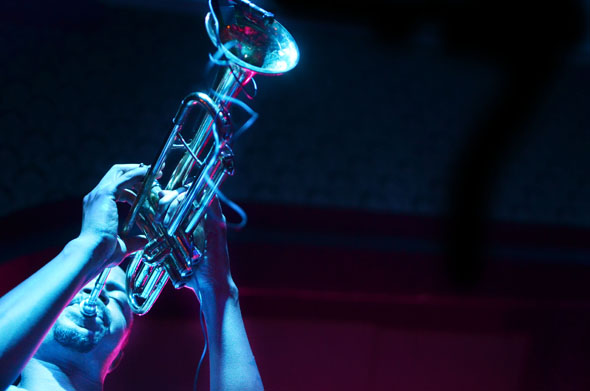 Hypnotic Brass Ensemble gave us energy from the stage and we gave it right back. At their request the audience held aloft its cellphones (bonus points for the guy hoisting his Macbook aloft), stretched up, squatted down and shouted our names in unison, each to amusing effect. With all this energy flying around on a sweltering July night, shirts had to be removed on stage, but the band's coordinated swaying remained vigorous. 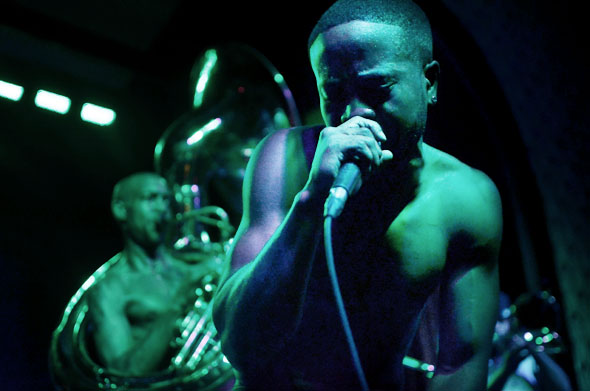 With Hypnotic Brass Ensemble the mood starts at "up" and, powered by full blast jams like "Kryptonite" and "World Champion," winds up somewhere closer to "stratospheric." When they announced they wanted to slow things down and take things deeper, it was "not underwater deep, just chilling at the beach deep." Fortunately, the mood remained buoyant through detours into ska and disco territory, until the band had to wrap things up around 1am. 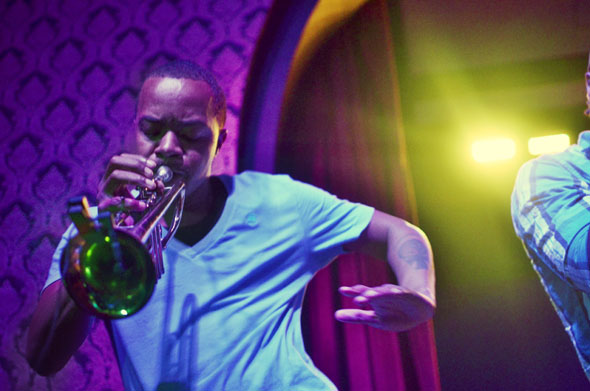 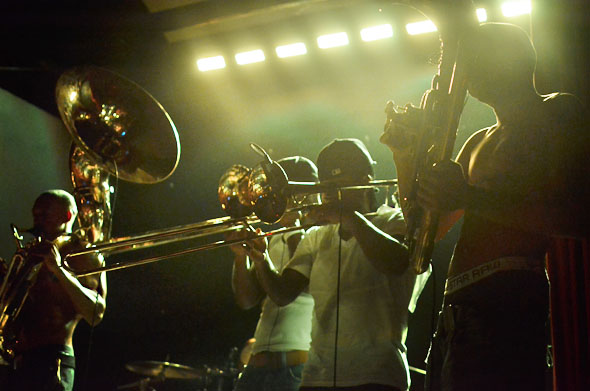