Seeing Steely Dan the same weekend that singer Amy Winehouse died got me thinking about how you can have a career in music that lasts decades, and how to outlive that white hot moment of stardom with dignity. The key to it all, of course, is not to die, and since Winehouse was tragically unable to manage that, we'll never get to see how she would have fared over three decades after she released Back To Black, and whether she would have been performing in dives to a handful of curious onlookers or filling outdoor amphitheatres packed with fans proudly wearing souvenir t-shirts from previous world tours. 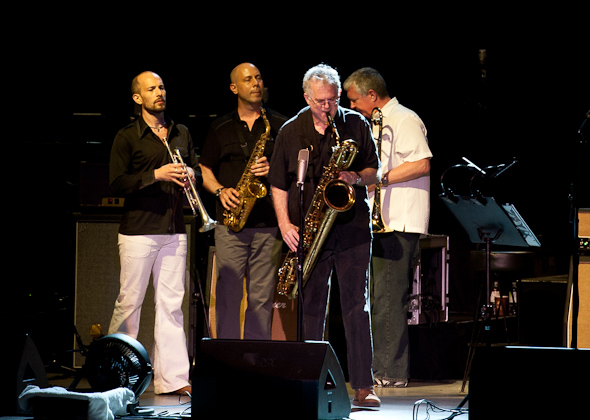 The Aja album, released in 1977, was arguably Steely Dan's artistic and commercial pinnacle, and they chose its title track to open their concert at the Molson Amphitheatre on Friday night, in front of a nearly full house. It's a lush, textured piece of work, just short of eight minutes on the album and longer live, with plenty of room for solos and lyrics that come from a very adult, world-weary place — "Double helix in the sky tonight/throw out the hardware/let's do it right." Back when it was released I hated it passionately; it was clever and droll - the antithesis of the punk rock I was eagerly embracing, and I could sense that it had as little patience for my youthful rebellion as I had for Wayne Shorter's saxophone solo. 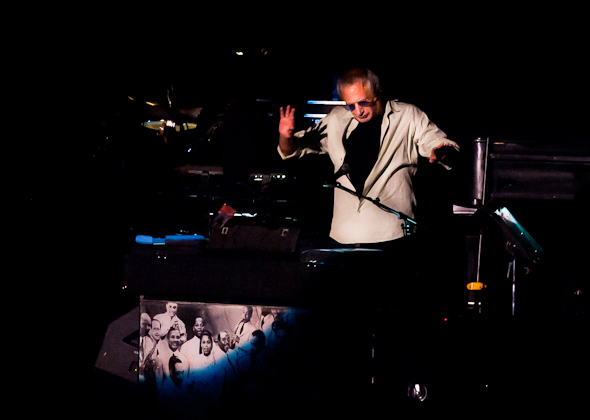 Over the course of six albums released between 1972 and 1977, Steely Dan came to define an ambitious, jazz-oriented strain of rock that wasn't Weather Report and wasn't Chicago, and which thanks to its overtly L.A.-tinged high end production values, has been retrospectively gathered into the net of "yacht rock" these days, which is probably more than a bit unfair. Replicating that sound takes some manpower, so the stage at the Molson Amphitheatre was filled out with a 12-piece band that included founders Donald Fagen and Walter Becker. The bulk of the set was taken from those crucial six albums, with odd tracks from Gaucho ("Hey Nineteen" and "Time Out Of Mind") — their last record before a 13-year hiatus — and Everything Must Go ("Godwhacker"), their most recent release from 2003. 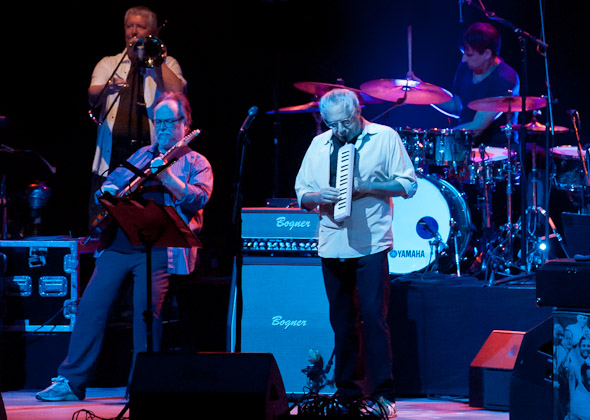 At the centre of it all were Becker and Fagen, as confounding in their rock star roles today as they were almost forty years ago. Becker, on guitar, has finally grown in a full beard along with an ample pot belly, and resembles a professor of programming languages at a small but reputable northwestern college; Fagen, from the front of the 300 section at the Molson Amphitheatre, looks uncannily like Larry David doing a Ray Charles impersonation behind his little stack of keyboards at the front of the stage. Fagen's voice has taken on a thin, occasionally metallic tone with the years, which might explain why the trio of female backup singers got such a prominent place in the sound mix. 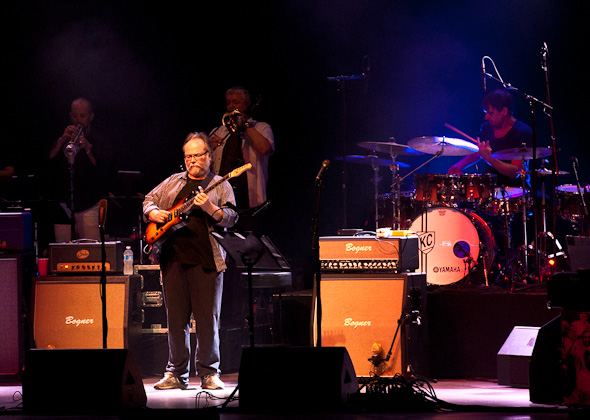 Becker stepped up to the front of the stage twice during the evening, once to embark on a vividly observed monologue during "Hey Nineteen" involving a man desperate to please his significant other by improvising a cocktail from Lavoris, cleaning products, and leftover liquor from airplane bottles. It was the kind of hapless human drama glimpsed in the band's lyrics, which revolve around relationships going quietly sour and their favourite theme, the ageing hipster dreaming of a better life just out of reach, somewhere at the end of a small but crucial choice they never made. 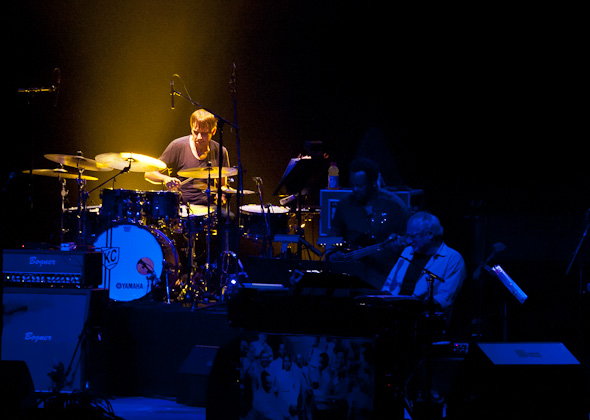 Which would explain what I was doing here, amid the Hawaiian shirts over ample waistlines and silver-haired moms dancing with a plastic cup half filled with red wine, as the faintly floral smell of really decent weed just noses through the humid night air. The appeal of this sort of musical short story has increased as I've gotten older, as has my ability to appreciate the very rich and exceedingly well-played music that Becker and Fagen set it into. If Steely Dan's set never really seemed to catch fire, it was probably because, despite the elaborate harmonies and compound chords, none of the musicians were playing at anywhere near the ragged edge of their competence — something that the punk in me still misses. 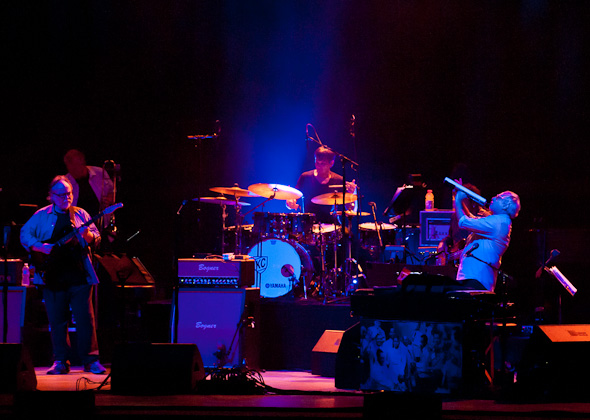 What that in mind, it's inevitable that any band that stays together long enough to see their skills outstrip their ambition will find themselves fitting this description — especially the ranks of punk and post-punk legends touring again years after splitting up. Steely Dan's achievement was to set their bar high while cultivating a coolness that would never be available to, say, the average prog rock band. They're a model for any band that wants to stick around till past retirement age without looking pitiful, and for any group that's passed the point where three earnest chords are anywhere near enough, and I can't help but suspect that someone like Arcade Fire, say, is probably about five years from recording an album that sounds an awful lot like Katy Lied — if they're lucky.