Photos of the Beaches Jazz Fest 2011

The 2011 Beaches International Jazz Festival took place on Queen East last weekend, drawing a multitude of bands, street vendors, and, of course, big crowds. As is the case every year, it was fun to walk from block to block while being treated to everything from hardcore blues to Dixieland to Salsa (and much in between).

Saturday nights are usually the busiest of the fest, but the size of the crowd was at least temporarily held at bay by Toronto's first real downpour since June â something that also put a temporary damper on the outdoor night market. Musicians scrambled to get equipment covered up and (most) people sought any shelter they could, lining up under awnings in front of stores and huddling under trees.

Not everyone minded, though. It was actually a great feeling to have the heat washed out of the air and off the streets, and so quite a few people just ignored how wet they were getting and carried on strolling along. Eventually the rain tapered off enough that it was deemed safe to hook up the electronics, and once the music started again the crowds returned. 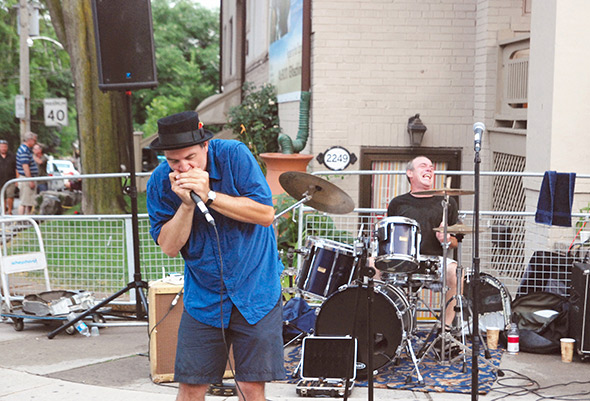 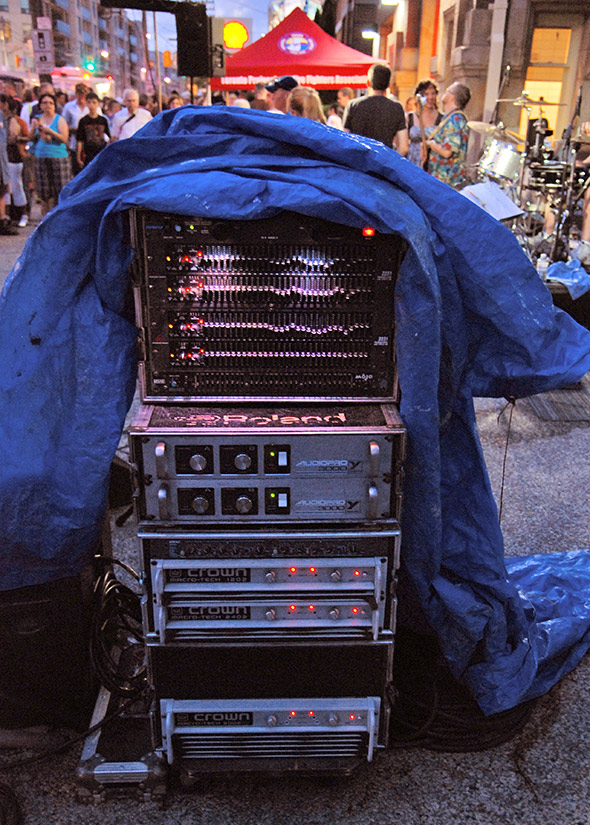 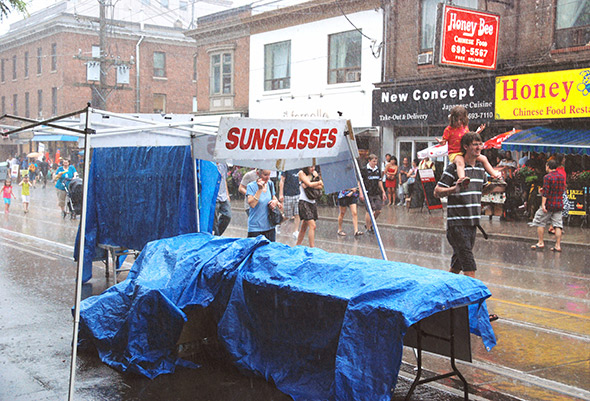 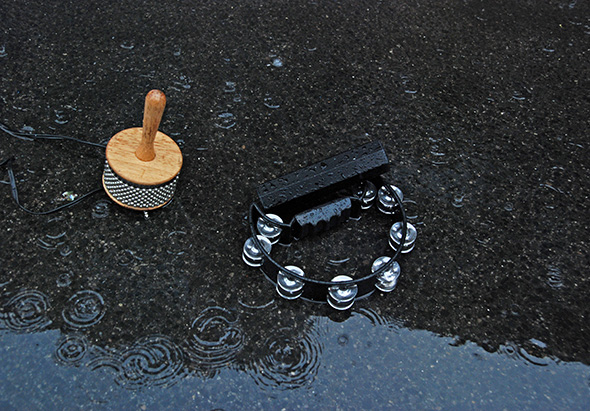 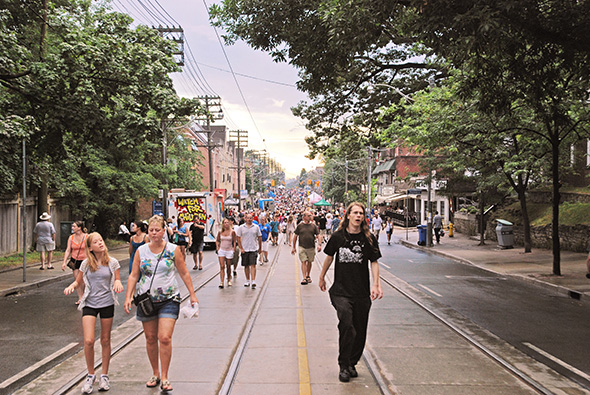 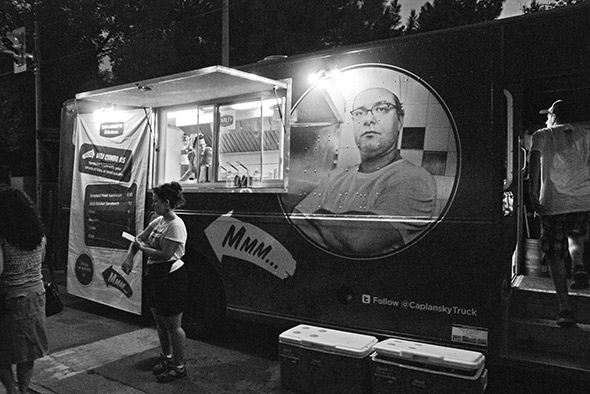 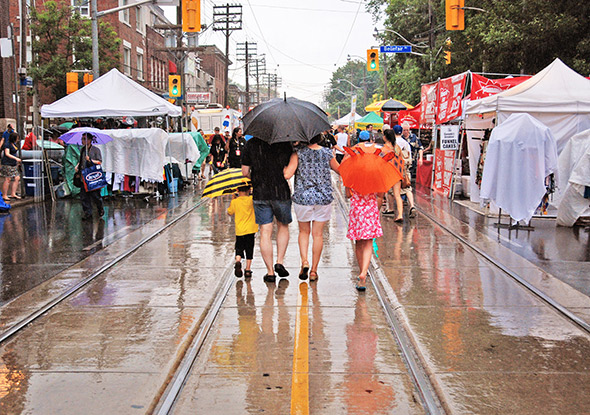 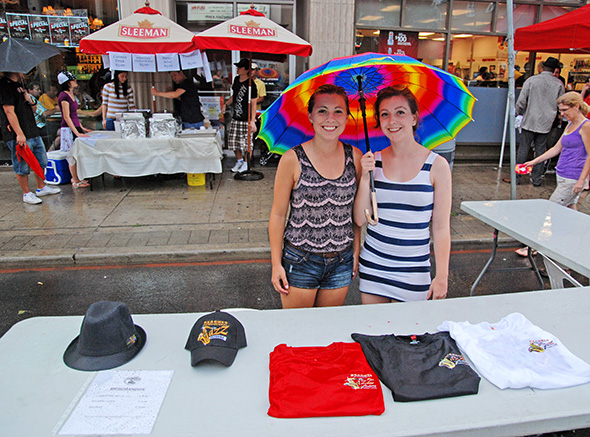 And a few less rainy pics from the blogTO Flickr pool: 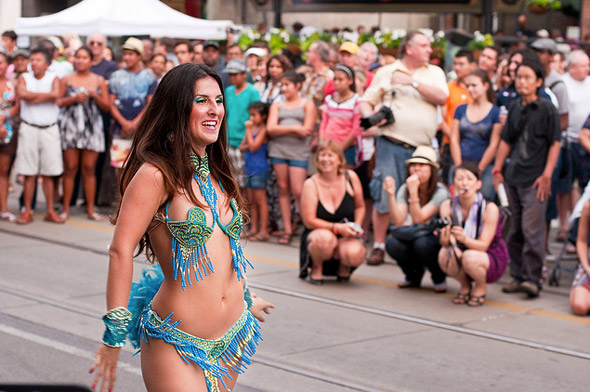 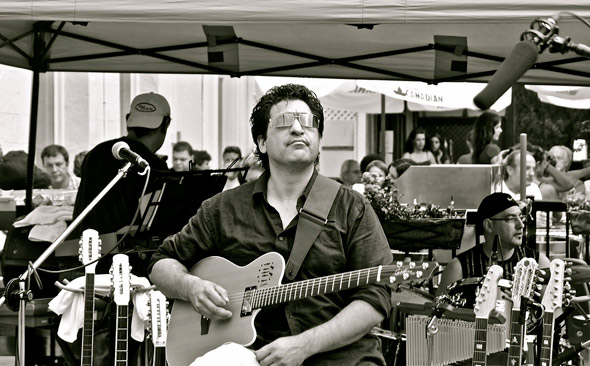 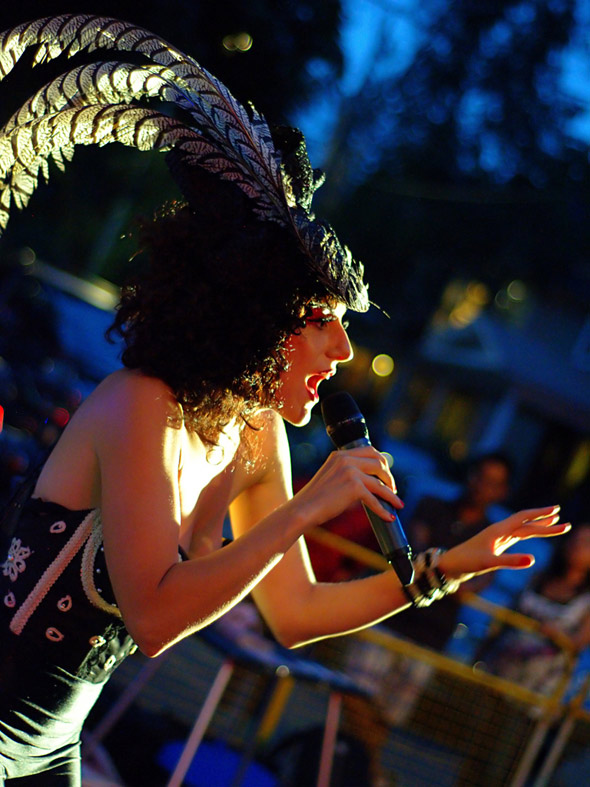 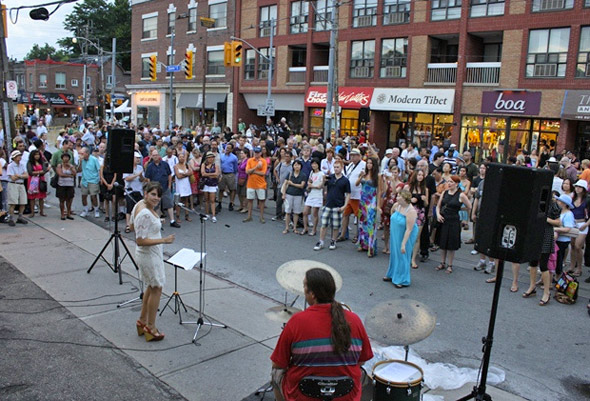