A new concert series has been born on West Queen West. Last night, the Young Lions Music Club and the Toronto Institute for the Enjoyment of Music (TIFEM) conspired to put together their first "Off the Floor" session, something they hope will grow into an ongoing series. For the meagre cost of five dollars, fans were treated to an intimate concert in the lobby of TIFEM by three local up and coming bands, including: Paradise Animals, Modern Superstitions and Teenage Kicks. 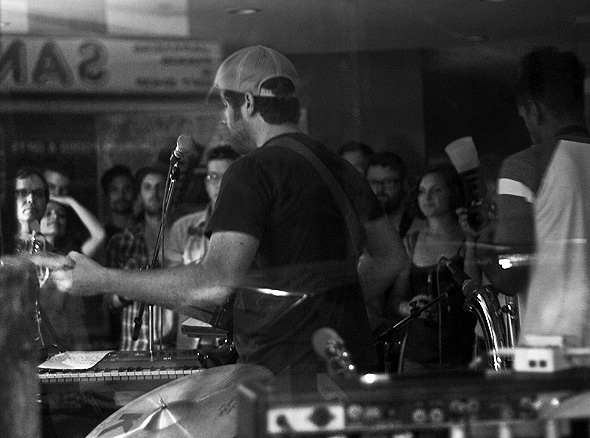 First up was Paradise Animals, and, of the three bands that played last night, I was most impressed with these guys. Based on the two song sampler I was sent, which can be found here, I wasn't too excited to hear them, but the band won me over during the show. Their sampler really isn't the best indicator of the quality of the songs that they've written. The band's Facebook page indicates that they like bands like Sigur Ros and Tortoise, which I take to mean they consider them as their musical influences, though it might be more useful compare them to a band like the Notwist. That is, like the Notwist, Paradise Animals take the kind of electronic experimentation that bands like Tortoise are known for and filters it through the scope of pop music. It's exciting stuff, to be sure, though now I'm left waiting for a better recorded version of their music.

Up next was Modern Superstitions. I had heard a lot of buzz about this band going into the night, but hadn't heard much of their material. Still, they were clearly on form. Particularly impressive was vocalist Nyssa Rosaleen, whose delicate voice is reminiscent of Allison Mosshart from the Kills. Also impressive was Matthew Aldred, the band's guitarist, who delivered one smooth riff after another. The band will soon embark on their first real tour, with Sloan no less. 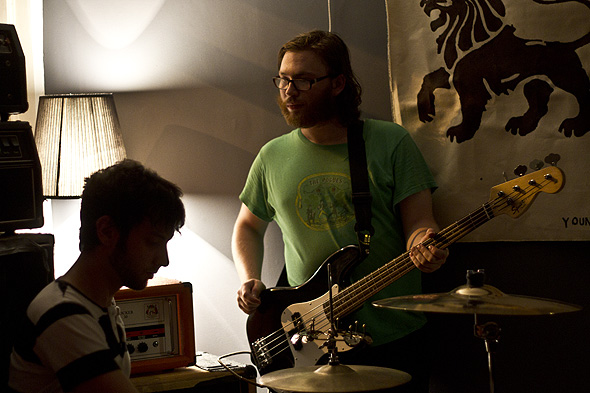 The last band to play was Teenage Kicks. The fact that they were scheduled to play was supposed to be a secret, but judging from the contingent of people who knew the lyrics to all of their songs, it was probably poorly kept, or, more likely, the audience was mostly made up of their friends. They played two covers — "Helter Skelter" and "Here Comes Your Man" by the Beatles and the Pixies, respectively — and a couple of their most recognizable songs like "Brooklyn Bridge" and "I Get What You Give." The same group of people that had sang along to each of Teenage Kick's own songs was strangely silent for the Pixies cover, though I thought it was fabulous.

Based on session one, I think this is a promising event — and just the type of thing the Toronto music scene needs more of. The Young Lions Music Club is responsible for a lot of good stuff like this, most of it free, so check them out on Facebook. And let's hope others felt as positively about the night as I did.