Edgefest 2011 came and went on Saturday. And say what you will about the station behind the yearly music festival, but this year's iteration was actually really enjoyable, including performances by the Arkells, Hollerado, Tokyo Police Club, Rise Against and the Weakerthans, among many others. 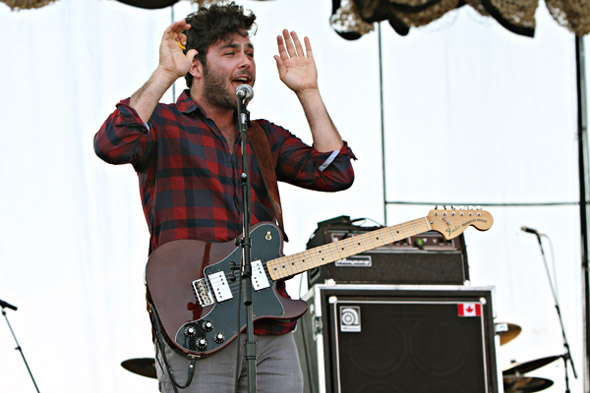 Based on the energy that the Arkells took to the stage with, you really couldn't tell that they had played Edgefest before; in fact, this was the band's third consecutive appearance at the festival. And that excitement definitely rubbed off on the audience. Songs like the "Ballad of Hugo Chavez," "John Lennon" and "Oh, The Boss Is Coming!" were greeted with enthusiasm from the crowd and proved to be the perfect musical complement to a hot summer day. 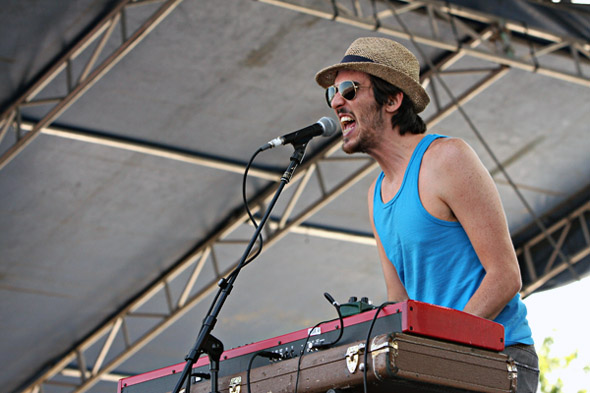 The Arkells also previewed two new songs during their set. The first was "Whistleblower" and the second, which was the more interesting of the two and features one of the band's best riffs to date, unfortunately doesn't seem to have a name yet (or at least the band wasn't telling). In any case, it was great to hear some promising new material.

The band finished their set with a cover of Bryan Adam's "Run To You," which capped off a great performance. Based on their work on Saturday, I would say the Arkells definitely deserve to headline next year. 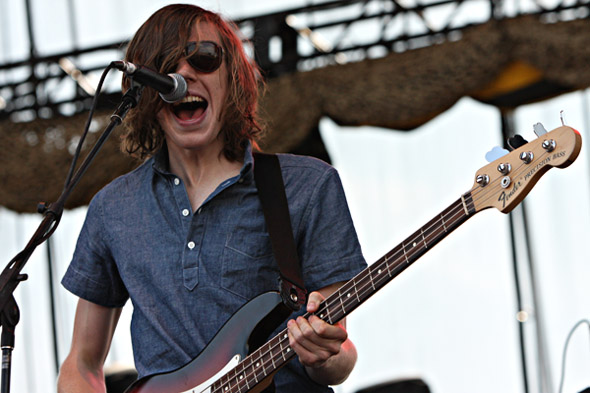 After the Arkells finished, it was Tokyo Police Club's turn to take the stage. Unfortunately, at least in my eyes, they failed to follow up on the superb example set by the Arkells.

My main issue with their performance was that it lacked the kind of energy and enthusiasm I remember seeing at their earlier shows. Even the band's first EP, A Lesson In Crime, was made memorable because it perfectly captured the frantic and often-times awkward energy of their live performances. Speaking of which, it also has to be said that some of their more recent songwriting doesn't take advantage of the band's strengths -- particularly Graham Wright's skills on the keys -- nor is it strong as it once was. For instance, "Favourite Colour," while having a fun stop-and-go chorus, still pales to the brilliance of the band's early songs like "Citizens of Tomorrow," "Nature of the Experiment" and "Cheer It On." 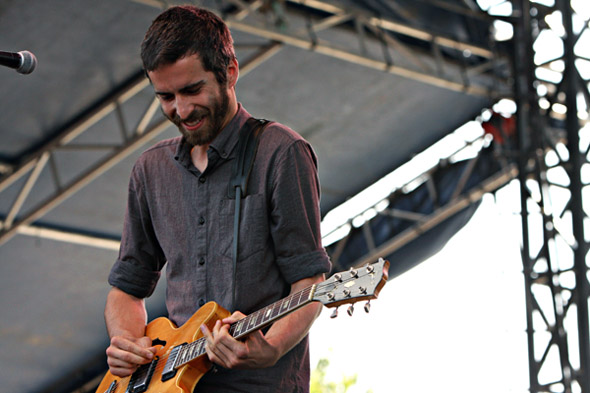 Still, even though I didn't particularly enjoy their performance, it looked like a lot of other people were, so they must have been doing something right. 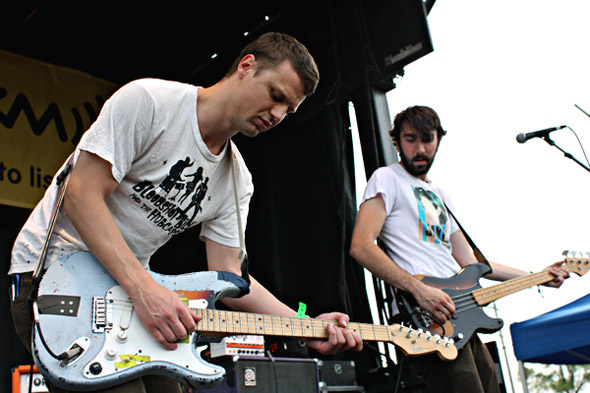 My companion and photographer Marine suggested that we check out Hollerado, the last band to play on the side-stage. Unfortunately, I didn't have much time beforehand to get acquainted with their music, which makes it tough to appraise the quality of their live set, but nonetheless, I enjoyed what I heard. 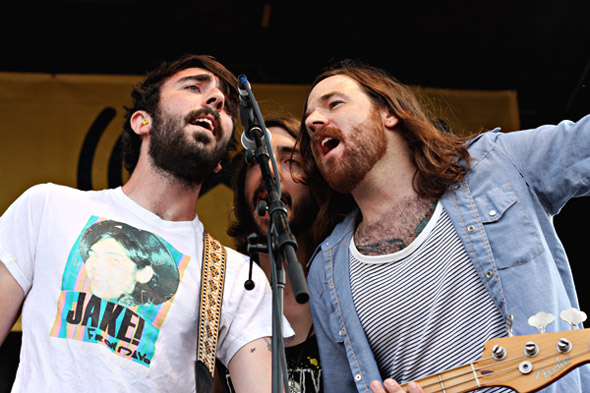 The second song Hollerado played had a really crunchy and memorable chord progression; actually, it's the kind of simple but effective power chord progression that John Frusciante or Brad Nowell might have thought up in their prime. Hollerado was also one of the more energetic and fun bands to watch perform on stage, and that impression of them was further improved by all the confetti they had to shower the audience with. Hopefully next year sees them taking to the big stage. They definitely have the stage presence to conquer it. 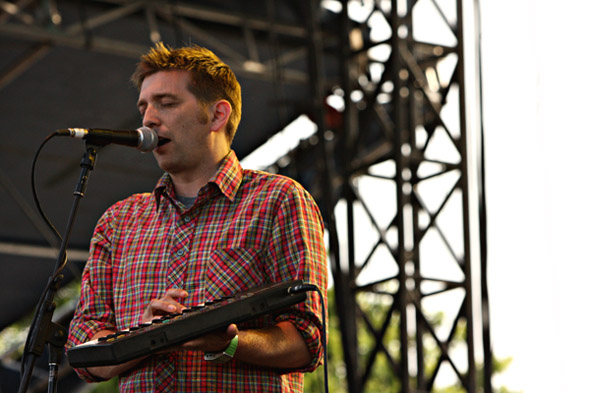 The Weakerthans seemed to be the band most out of place at Edgefest. Sure, they get airplay on the Edge, but something about the band's more introspective, personal and thoughtful songs was at odds with the big sounds of later bands like A Perfect Circle and Rise Against. However, despite that fact, I was really glad the band accepted the invitation to play Edgefest.

And as the sun on was setting on Downsview Park, it helped after a tumultuous day to hear a song like "Left and Leaving," and even harder songs like "Civil Twilight" and "Plea From A Cat Named Virtue" were greatly appreciated, though it seems most people were more excited for A Perfect Circle and Rise Against.

A lot of the Canadian bands at Edgefest sang about their hometowns, but something about John K. Samson's "the Guess Who suck, the Jets were lousy anyway" seemed to capture the essence of the singer's hometown better than any of his other peers were able to that day. The Weakerthans performance was definitely my favourite of the festival.