Popular Toronto record store Sonic Boom will be moving from its current home at 512 Bloor Street West to take up shop at nearby Honest Ed's in late August. According to a press release issued by the store, the move comes as a result of the landlord's decision "to hand the space over to a large corporation without giving [store owner Jeff] Barber the opportunity to meet or beat whatever was being offered."

Reached by phone earlier today, Barber revealed that he's both frustrated and hopeful about the impending move. Along with the landlord's unwillingness to discuss a scenario that would see Sonic Boom remain in its current location, the fact that Dollarama will ultimately replace the record store was especially disappointing for someone who "loved the location, the building, and the neighbourhood."

Although Barber describes the move as "less than ideal," he's quick to point out that it doesn't signify financial troubles for the store. "We're in the middle of our most successful year to date, and we've never had a down-year in sales," he explains. "I don't want it perceived that the store is struggling. We'll rise to the challenge." 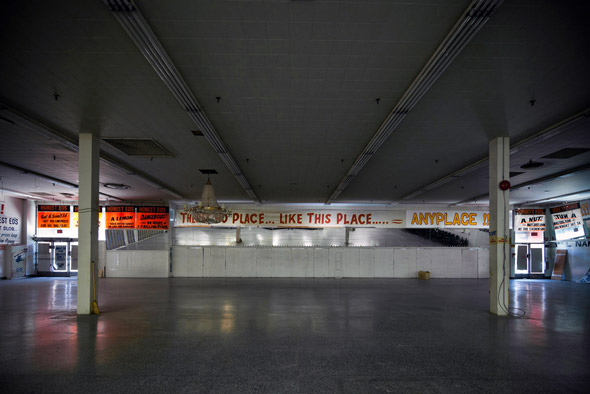 Once renovations are complete, Sonic Boom will occupy an 11,000 square foot location on the Bathurst side of Honest Ed's, which will entail only a slight reduction in overall retail space (the store presently occupies a total of 12,500 sq. ft.). And those who enjoy Tim Oakley's signature window displays will also be happy to know that the new space features 60 feet of street-facing windows. "It's going to look like Sonic Boom," Barber promises.

In fact, to some degree, the owner feels lucky. Not only is the space at Honest Ed's the only one that could accommodate the store in the Annex, but he notes that "the Mirvish family has already proven to be quite supportive." While Sonic Boom will now operate on only one floor, there's every intention of continuing to do in-store concerts and other live events.

In other words, if you're a glass half-full type, today's news isn't really bad at all. In fact, fans of the record store will be happy to know that a Kensington Market location is also on the horizon. Look for a hefty selection of vinyl, vintage furniture and collectibles to be on offer when it opens sometime in late July.

Photo of what might be the future home of Sonic Boom by trebbble in the blogTO Flickr pool.