The MMVA's had been buzzing around Toronto all last week as people walking around Queen and John gawked at the building of the gigantic stages and dealt with the street and sidewalk being blocked off by the various workers and their fellow onlookers. When the big award ceremony finally arrived Sunday night, the spectacle, if nothing else, lived up to the hype. 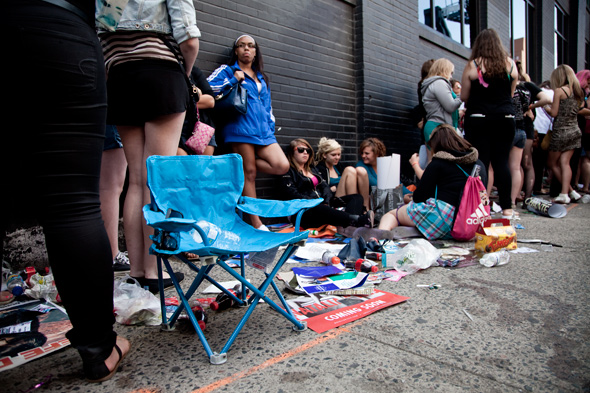 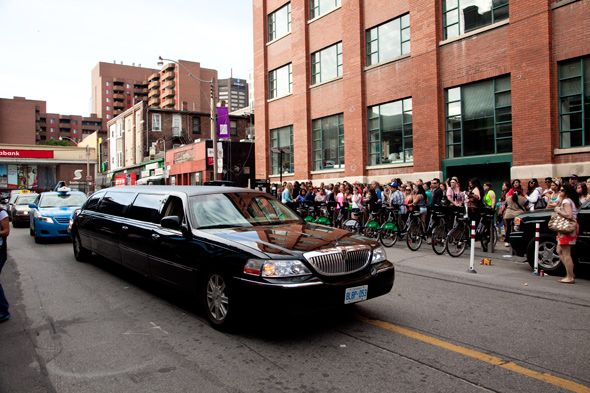 I've never experienced so much "Bieber fever." The amount of support he had was almost shocking, especially considering that his appearance was just a rumour up until shortly before the show was about to start. 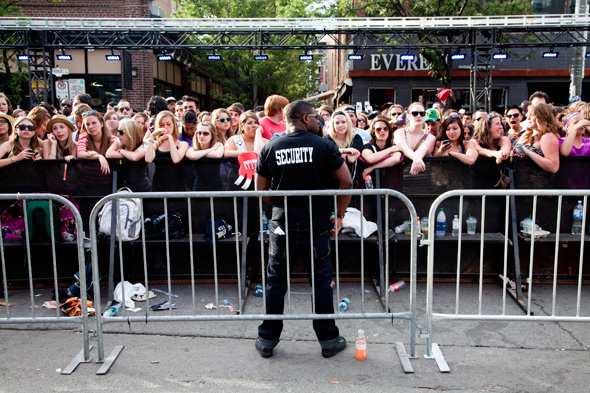 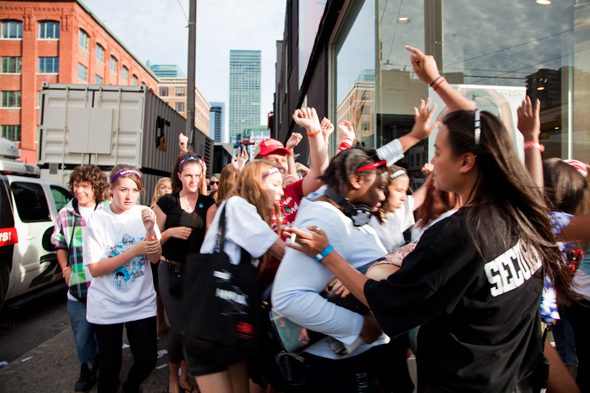 Security was also out in full force â and somewhat confused. With the mix of police and hired security, the area felt something like a fort. 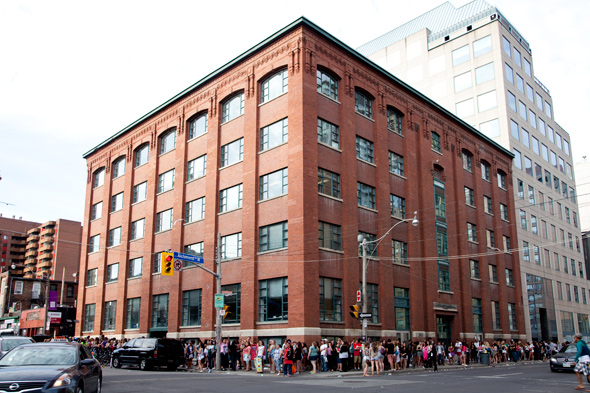 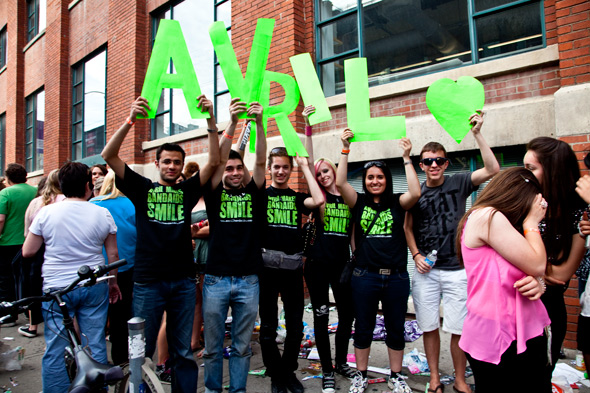 When the show finally got underway, I found that the location of the "photo pit" was disappointing. Organizers had arranged to have it at the back of the crowd, directly in the middle of one of the key exits. Seriously? It was cellphone city back there. 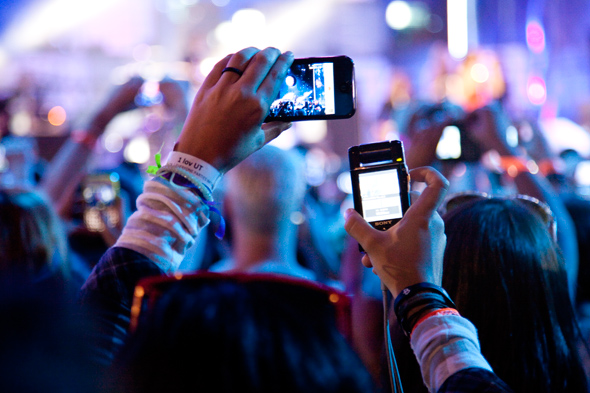 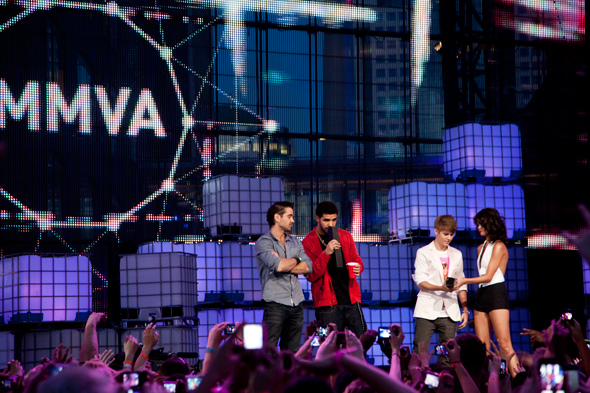 The crowd erupted when Beiber took the stage. 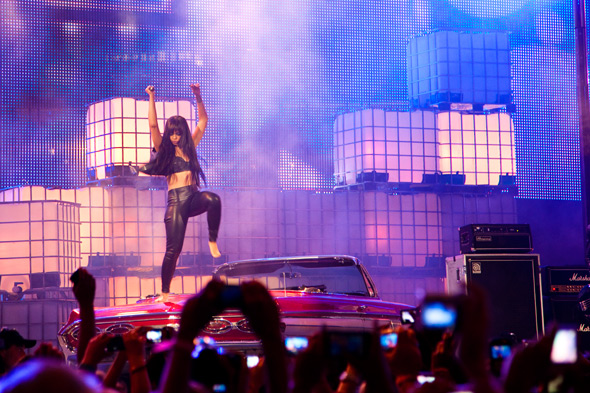 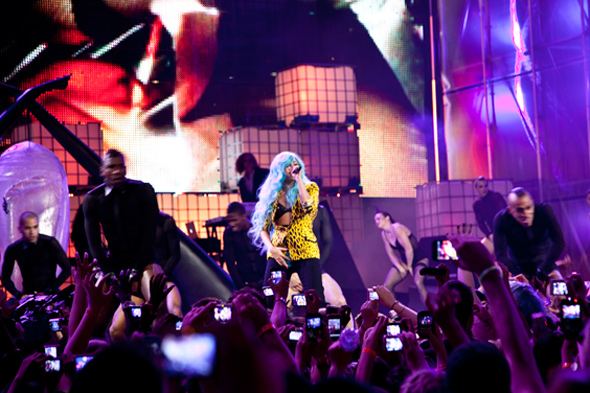 And Gaga, the other performer everyone seemed to be there for, was naturally a spectacle unto herself. She did seven or eight wardrobe changes, one of even featured a pubic wig (see her stroking it above). 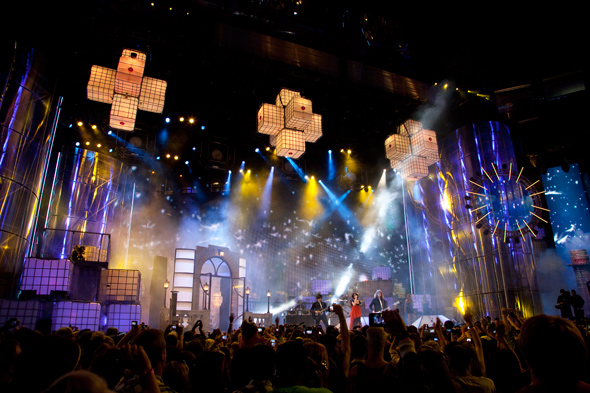 Overall the night was just really weird, frantic, and somewhat frustrating. I remain partially deaf due to teenage girls screaming, and I was hit in the back of the head by a photographer for stepping in front of his camera. Nice. But I guess that's just the MMVAs.

Writting and photos by Dylan Leeder