A balmy-as-all-hell night makes for a sweaty dance party. Especially so when the Handsome Furs are involved. And sweat, oh delicious sweat, we produced.

"I'm your sweaty angel," Handsome Furs' Dan Boeckner, drenched, announced to the crowd halfway through Saturday night's NXNE set at the Garrison. The sweat just added to the intimate set by the husband and wife duo from Montreal. With the band's third full-length, Sound Kapital, which is much anticipated, coming out next week, the show was a NXNE must-see. (Also, the album art is pretty damn interesting, but NSFW. Fair warning.) 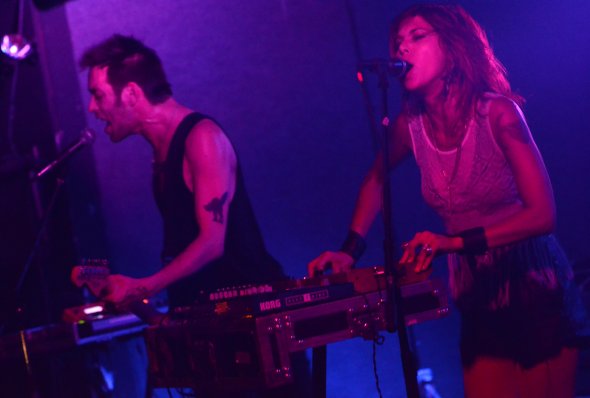 And the Handsome Furs delivered on that must-see factor giving the crowd a brand new setlist of the new electronic pop tunes. And it was shockingly record-quality good for being brand new material. (This is helped by Boeckner being a veteran rocker with Wolf Parade and the drum machines and synths make the job a little easier, of course.) Unlike the first two full-lengths, Sound Kapital abandons the soaring guitars and concentrates on the keys and drum machines. And it's bloody fun. With a high-energy live show (Alexie Perry pretty much headbanged the whole show), the crowd's dancing feet were in working order as the beat took hold on "When I Get Back," the first track. With such infectious synths your foot starts to tap, unknowingly. Then your knee starts jiggling. And then you're in the air, feet bouncing, hands raised. And then you sweat. Profusely. 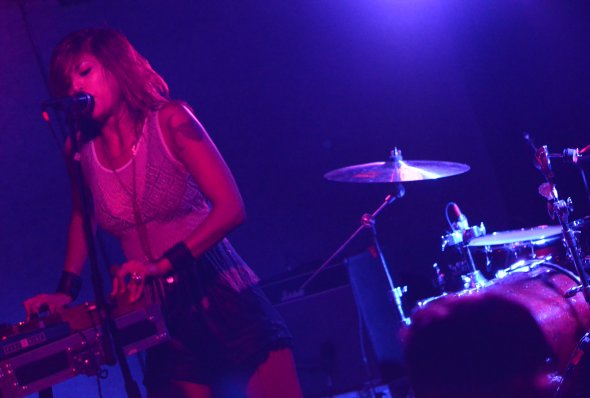 The new material is a barrage of heavy bass drums and upbeat, catchy keyboards that sound like it should be coming out of an underground house party in East Europe. But then you have Boeckner's passionate delivery with lyrics about the future - it's all earnest and compelling. He sings from deep within. The Handsome Furs, just like Wolf Parade, give everything in their sets. This is manifest in them both being drenched after their all-too-brief 45-minute showcase. 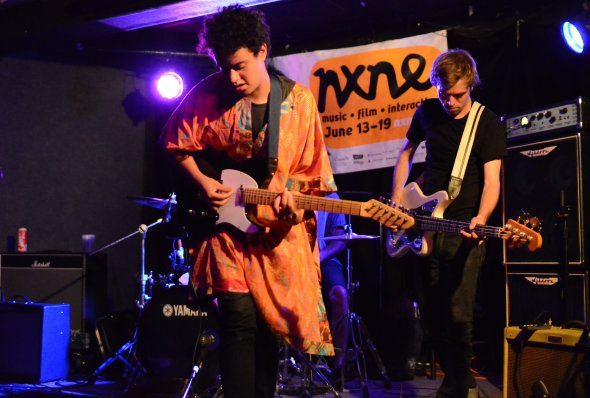 Before the spouses took to the stage, Little Girls got the crowd grooving. Unlike the Furs, Little Girls is strictly guitars and drums. No keys. And their building lo-fi rock tends to explode at various points throughout the songs. 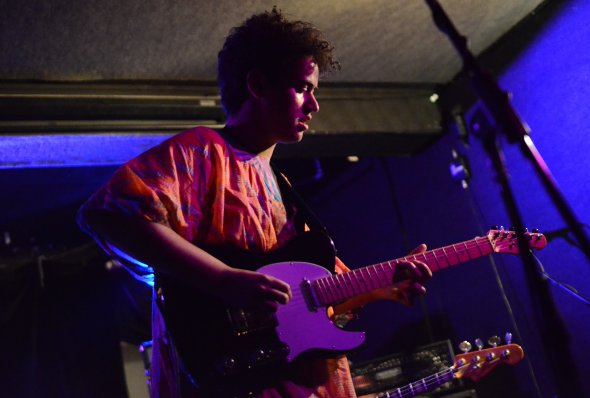 Lead singer, Josh McIntyre, decked out in a loose dashiki, has an almost aloof stage presence. He seemed to be a little annoyed, possibly because his set was cut a little short due to the band in the front of the house playing a little long during the intermission. During this time, for about 10 minutes, McIntryre and co. just paced back and forth on the stage.

The 30-minute set layered on the guitars delivering smooth riffs. There was so much guitar, though, that it drowned out McIntryre's soft vocals. But it wasn't really about the vocals, more the layered soundscape, until the climax in the last song with McIntryre's emotionally delivered refrain: "Who was there when I needed them the most?" 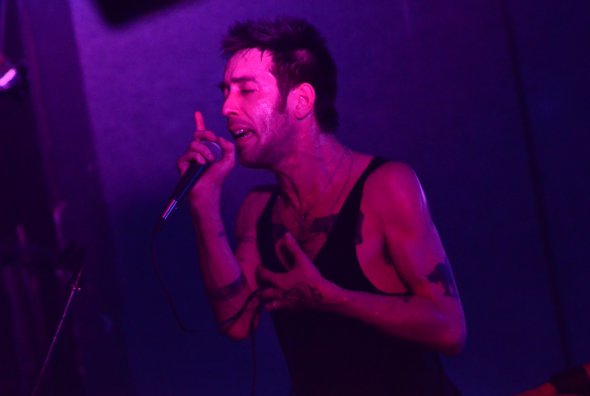 But let's end this on a nicer note. After ending their explosive set, Handsome Furs received an encore-call from their then-ravenous fans, most of whom were chanting, "eight more songs!" Thanking the crowd profusely, Boeckner and Perry pump out one more, sweaty but content, before kissing and saluting the crowd.