NXNE Wednesday: Red Mass, PARLOVR and We Are Wolves

As Vancouver burned, I went to go see a bunch of bands from Montreal at the Horseshoe last night. Head downcast and bummed out, I was ready for the first night of NXNE to lift my spirits. In short, it did, even as the Horseshoe's TV flashed images of Van City rioting. Presented by M pour Montreal with NXNE, notable bands like Red Mass, PARLOVR and We Are Wolves also lifted the spirits of the Toronto crowd. 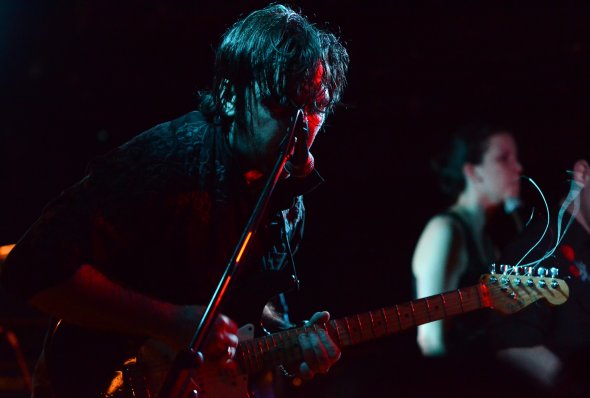 After a couple openers, experimental noisemakers, Red Mass, took the Horseshoe's beer-drenched stage. Red Mass is noisy. But unlike most garage bands, they pumps out solid melodies. Genre-bending and post-something-or-other, this French outfit had stomping feet, but not full crowd support from a weary audience. This could have also been from the cymbal falling over and a malfunctioning lead guitar that hampered the performance a bit. But I did enjoy the bassist who quite loved to pose for photos and the spaced-out female back-up singers. That's always a good touch. 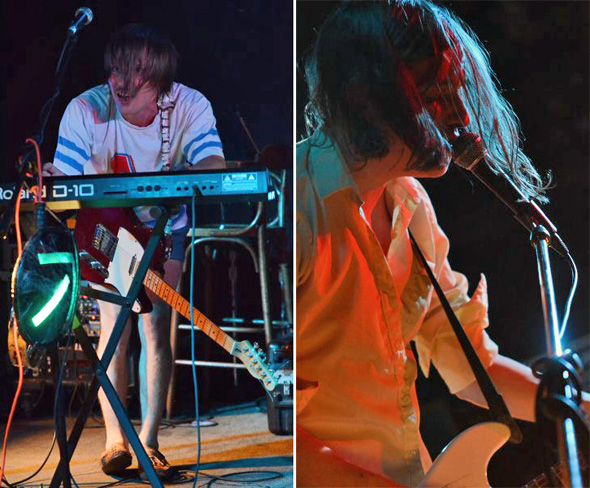 Next up, the art rockers, PARLOVR. (Note: it's actually pronounced "parlour") Commencing their set with a collective, building scream with the crowd for Vancouver's loss, this three-piece is a helluva lot of fun. They're energetic, quirky and have a number of solid hooks up their sleeves. There's even a splash of surf rock buried in there. With transitioning lead singers between frontmen Louis David Jackson on guitar and Alex Cooper on keys, these shaggy-haired boys were the first of the night to get a solid crowd. PARLOVR is the type of band that NXNE is designed for -- they have a bit of buzz, but can still catch you off guard and entertain the shit out of you. Those new to PARLOVR, need only check out "Hell, Heaven" and "Pen to the Paper" to see what I'm talking about.

And then the wolves came out... 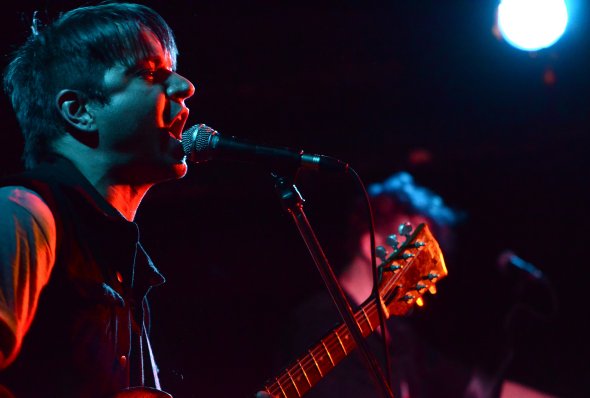 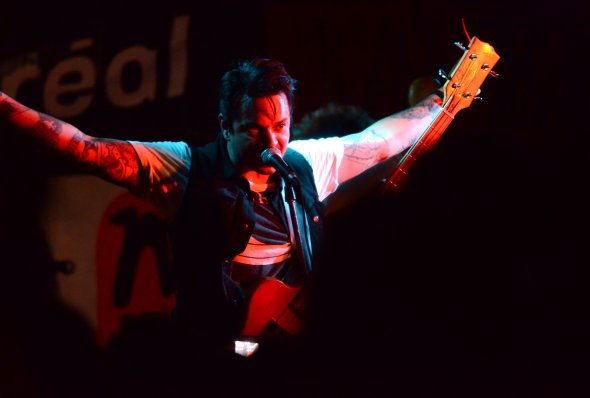 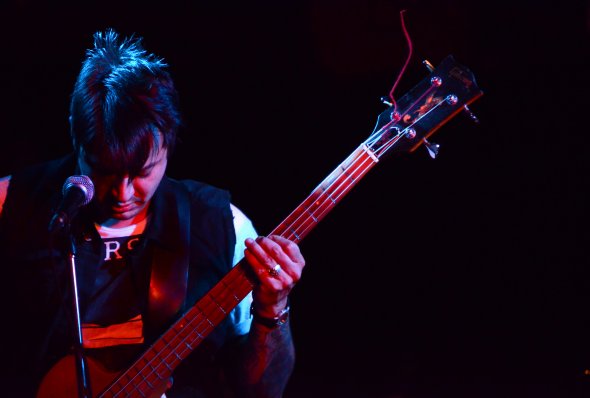 We Are Wolves, an obvious fan favourite, didn't disappoint. Although starting out a little subdued, the three-piece who have toured North America and Europe extensively, found their footing with synth-injected hits like "Coconut Night," "Fight & Kiss" and "Blue." Having seen We Are Wolves a couple times before, one of my favorite aspects of their live performance is the unpredictability of the band, especially frontman Alexander Ortiz. He takes on a primitive persona, but not in a lame, contrived way. He simply performs with jerky body movements and feeds off the crowd. With a stand-up drummer pumping heavy rhythms over unique dance synth numbers, Ortiz belts out in a rhythmic tone with bulging eyes. That's pretty much We Are Wolves - a live experience fused with spot-on indie dance tunes. 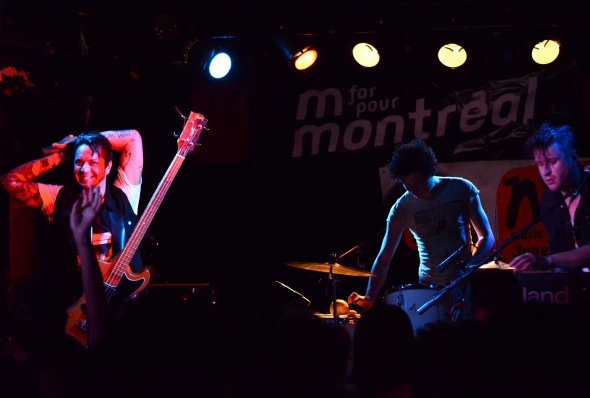 And that was it, the end of the Canucks' dream for the cup and the first night of NXNE at Horseshoe. A lose-win in my books.