The Garrison welcomed a mixed-bag of up-and-coming indie rock talent for the opening night of NXNE.

First up was Montreal's Pat Jordache. With a backing band whose worldly rhythms recalled Talking Heads, Jordache transformed his obscure recordings into inviting grooves, supported by elastic bass playing and inventive guitar squiggles. And given his expressive baritone voice and a surplus of good ideas, Jordache is an intriguing talent with the potential to come out of left-field with something special. 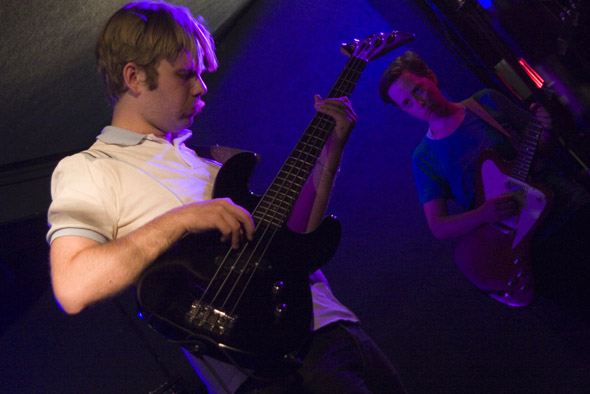 One of Pat Jordache's "favourite singers of all time" was up next; Jana Hunter of Lower Dens. Staking a strong claim for best band of the night, the Baltimore group's dreamy sound recalled Beach House on a peyote-fueled trip into the desert. Driving Johnny Cash drums underpinned what can only be described as a mirage of guitar noise as the band created a gathering storm of sound without even breaking a sweat. You expected the songs would stretch on forever, but they always came to an abrupt and unexpected stop. 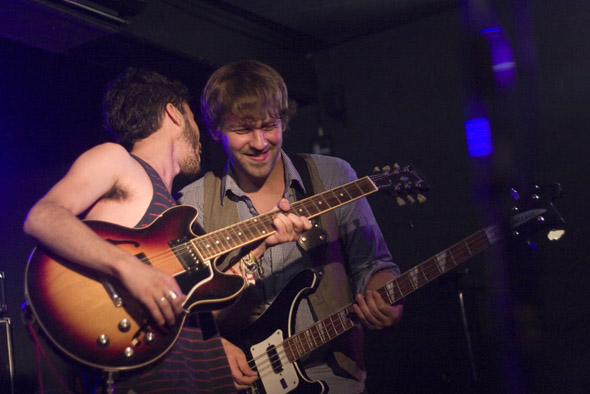 The Postelles arrived to snap us out of the dreamy haze and right back into the sharp focus of 2001's retro-rock zeitgeist. While they probably do the Strokes better than the Strokes themselves these days, the whole exercise seemed a little redundant in 2011. A rocking cover of "Hound Dog," however, proved their influences stretched back further than immediately apparent. 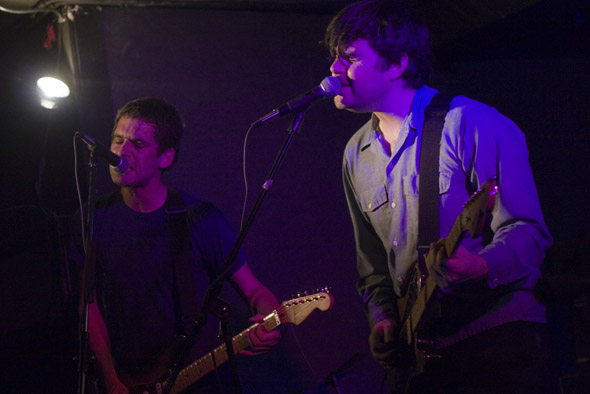 I was thrilled to see Suuns appear in the mystery special guest slot. Their dark, genre-defying sound was a welcome contrast with the Postelles, though they did little to expand on my already high opinion of them. On their albums, Suuns' experiments can be almost confusingly eclectic, but their live performances have come to make make perfect sense, shot through with repetitious, evil vibes. Lets hope they can bring this cohesion to the follow up to debut album "Zeroes QC." 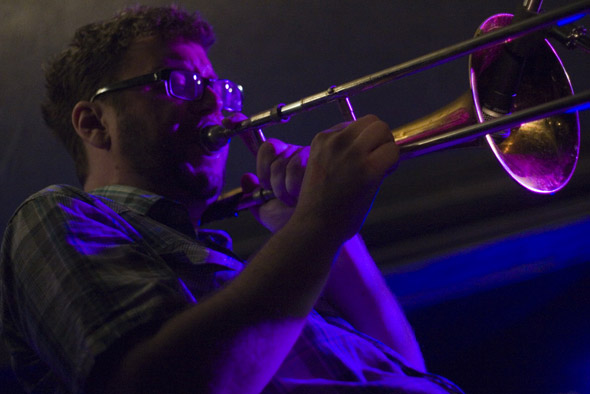 The final band of the night were Pick a Piper, Caribou drummer Brad Weber's personal project. Fighting valiantly against a thinning crowd, Weber's remarkable energy and dexterity at the kit shone through. Unfortunately, the band suffered from my own preconceptions regarding Weber's day job; Pick a Piper's sound is similar to Caribou's but lacking Dan Snaith's mastery of melody and sound. Those who stayed until the end of the night were rewarded with a euphoric finale, however, as the band laid down their instruments and accompanied Weber on a thrilling journey into pure rhythm. 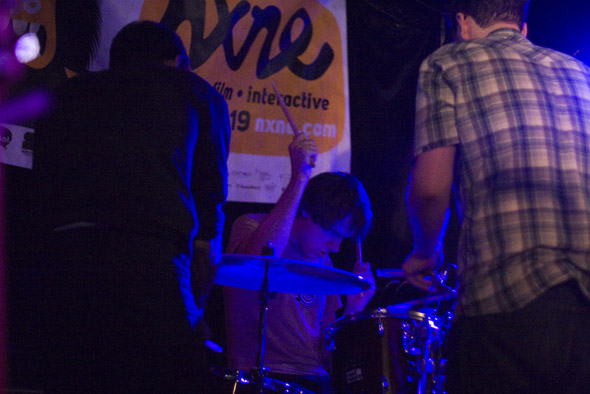