NXNE 2011 continued on Thursday night with even more venues throughout the city showcasing talent from both around Canada and the rest of the world. The Phoenix hosted the Dodos and Deerhoof. Meanwhile, at Wrongbar, NOW Magazine hosted its showcase which included performances from artists such as Jennifer Castle, Allie Hughes, Anagram, and Fucked Up. And while the contrast between some of these artists â particularly at Wrongbar â couldn't be more stark, it's this very contrast that defines NXNE. 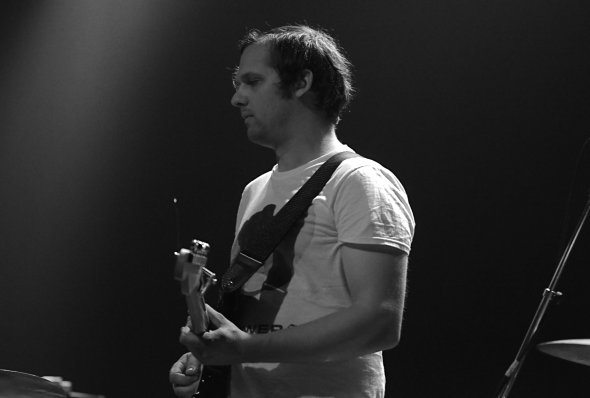 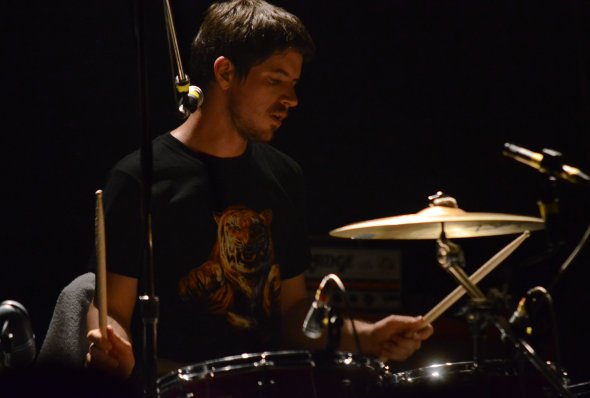 The first band I saw last night was the Dodos, and if I may use a slightly tired smilie, seeing the Dodos last night was like seeing an old high school friend after both of you haven't seen each other in four years. In dismay you learn that the qualities that made you particularly fond of that friend in high school have inexorably changed. In the case of the Dodos, the band has totally abandoned the folk sound of their second album, Visiter, in favour of a more straight-forward indie rock sound. 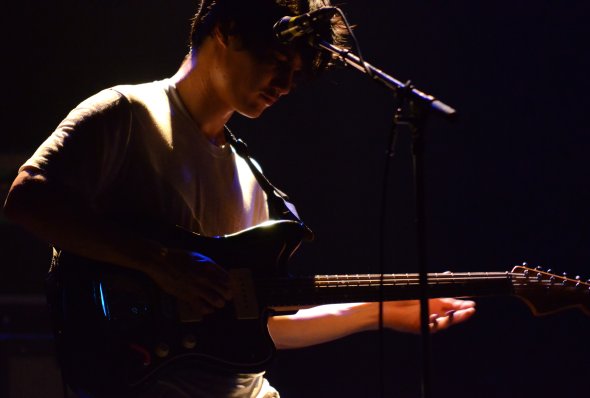 It's not so much that I didn't like the direction the band is taking, but I felt as if they sacrificed something unique about themselves in the process. Indeed, it was weird not to see frontman Meric Long switch to an acoustic guitar for Visiter standout "Fools." Still, both Meric and Logan Kroeber are talented musicians and made even the most generic songs compelling. 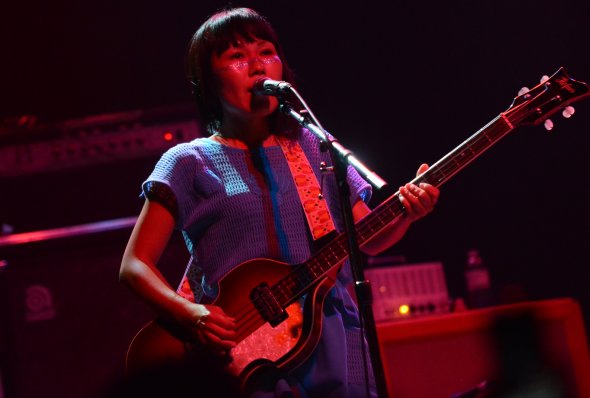 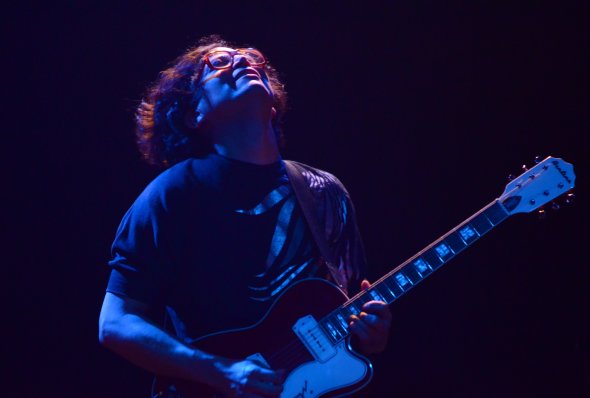 I didn't have much time to stay at the Phoenix when Deerfoof took the stage -- there was, after all, a talented young singer-songwriter in the form of Jennifer Castle to see at Wrongbar -- but what I did hear from them sounded intriguing. The highlight of their set wasn't really musical, however. At one point early on, the band's drummer stood up and gave a very long-winded but funny thank-you to the audience for coming to see them. It's hard to describe exactly what the drummer said, but suffice it to say, everyone enjoyed a good laugh. After seeing Deerhoof I was off to catch a streetcar to Wrongbar, and it was great to see so many people chatting about the bands they had seen so far at NXNE. 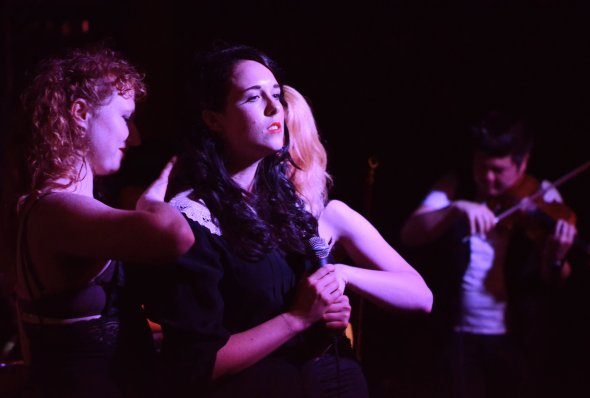 Unfortunately, I did end up staying a little too long at the Phoenix because, despite better intentions, I somehow still missed Jennifer Castle. I did, however, manage to catch most of Allie Hughes' set. I've already covered Allie Hughes in the past, and after Thursday's performance, my earlier impressions of her talent and appeal still hold true: that is, Allie is a great performer, one with a keen sense humor and with the musical chops to back up her theatrics. 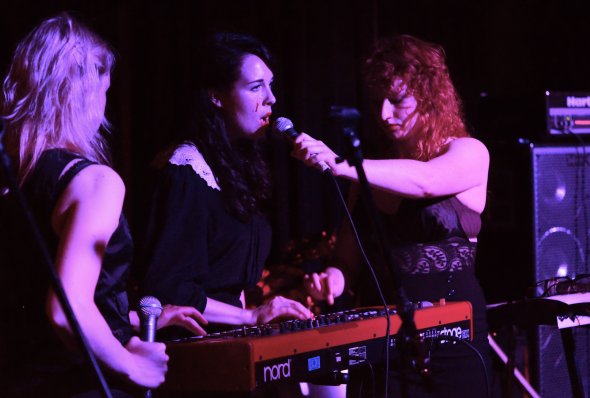 That being said, when I had seen Allie perform in the past she was mostly without her backing band. On Thursday night, she brought her whole band with her to Wrongbar. And not only is everyone in her band a great musician, but more importantly, they're great supporting actors. Each band member helped enhance a portion of Allie's performance, but they did so without ever taking the spotlight away from her. 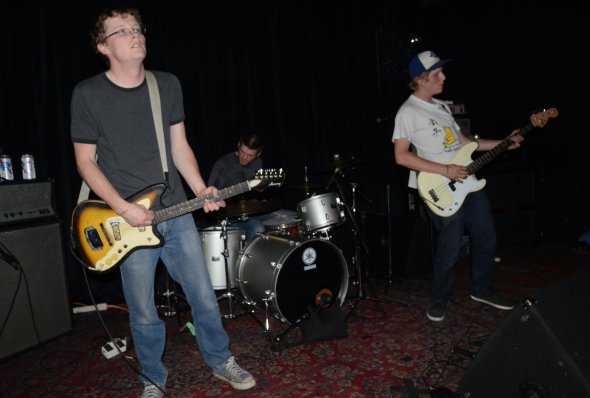 After Allie Hughes left the stage, Toronto based post-hardcore band Anagram took the stage at 12am. I had read a lot good press about Anagram going into NXNE, and I even liked a bunch of their tracks, but when it came down to it, I couldn't help but be somewhat disappointed with the band's performance. Lead-singer Matt Mason's vocal delivery is monotone -- perhaps too monotone. Certainly, it was interesting to watch him make his way around Wrongbar and share the floor with the audience, but song after song of monotone ranting and fuzzed out instruments starts to eventually sound all the same. 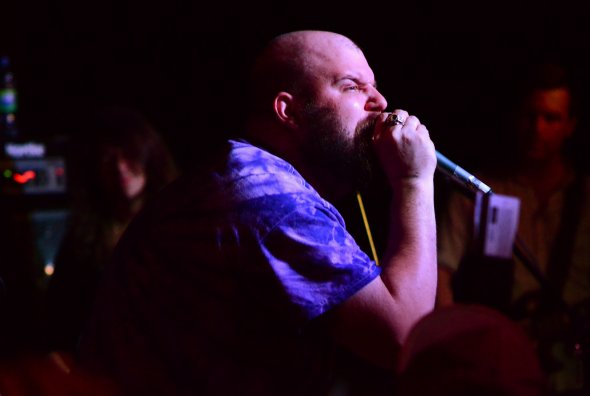 Eventually at 1am, and seemingly out of nowhere, Wrongbar filled to the brim with fans eager to see Fucked Up play. I must admit, however, that before last night I had never really understood the appeal of Fucked Up. Like most with a cursory understanding of the band, I had seen photos and videos of them playing live -- particularly frontman Damian Abraham's half-naked antics on stage -- and decided that a show where fans compete to rub the frontman's bare head was not for me. 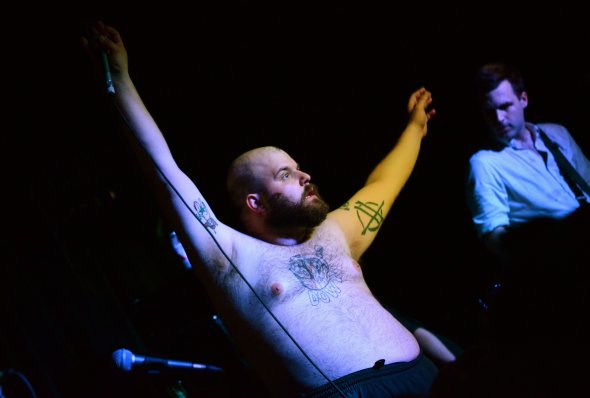 Judging a band based solely on its on-stage antics and not on its music, on the other hand, is a grave mistake, and last night I quickly learned the error of my ways. Sure, there were still fans just waiting for their chance to get a taste of Damian's sweaty belly -- and even after last night's great show you probably still won't find me among the legion of fans elbowing their way to partake in that honor -- but behind all that is a band that plays some legitimately exciting music. 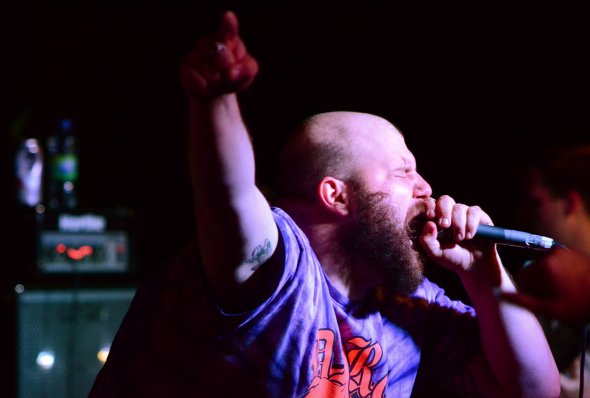 While Damian might be the most visible member of the band, what makes the band musically compelling -- at least for me -- is the triple guitar assault provided by guitarists Mike Haliechuk, Josh Zucker and Ben Cook. Somehow these three can sustain the relentless aural assault that the hardcore scene is known for, but at the same time stay compelling for a full album and or live set. During songs like "Crusades" and "Queen of Hearts" I had a revelatory moment in which I finally understood why so many people like Fucked Up. And it's that moment in which you discover either a new band or form a totally new opinion on a band you had written off that the festival is all about. 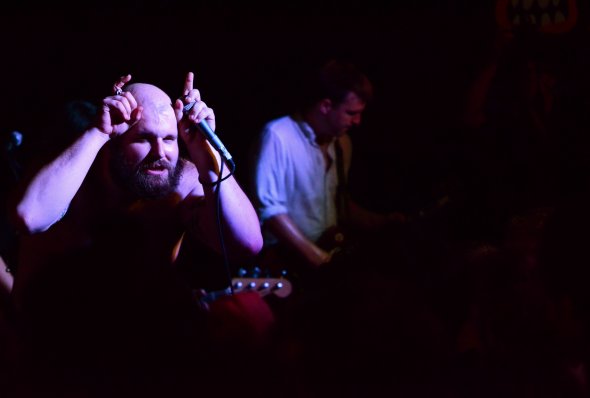