Navigating Taste of Little Italy was part of the thrill to starting last night's installment of NXNE. College St. was rammed with food-, dog- and Italy-lovers alike. All sorts of odd bands were playing on tiny stages every 10 feet. I blame all this on why I missed Library Voices as the opener. My bad. But, to be frank, I was at the Mod Club to see The Most Serene Republic and the zany indie punk rockers, Art Brut, anyway.

And, like a lot of NXNE shows, contrasts prevailed between the bands. 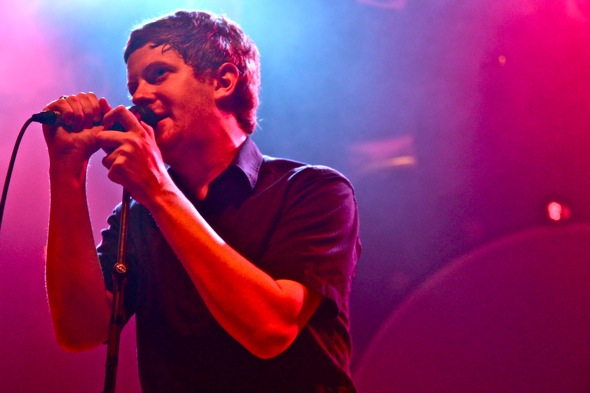 The Most Serene Republic, those artsy, bookish boys from the 'burbs (Milton), has been on a bit of a rollercoaster as of late (no longer with Arts & Crafts). And they seemed to have something to prove last night. They pulled no stops and added a brass section to their show. With nine artists on stage, they seemed to be trying out for the poppy distant brother of Broken Social Scene. They fared well enough. 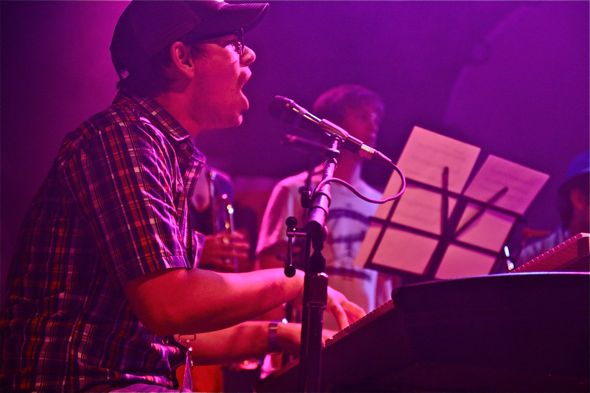 With a modest crowd — they did play an 8 p.m. time slot — MSR came out with guns, er, horns blazing. They threw a build into just about every song, including the slower paced ditties. But for newer songs like "Jelly Chamber" and "Pink Noise" they were aiming to impress. Lead singer, Adrian Jewett, has a solid range and he easily showcased this. MSR's chief live downfall is a weak stage presence. For such a large band, everyone enjoys their instruments a bit too much, so that they all blend into the backdrop. And when it comes to banter, the earnest Jewett seems to think too much about what he's going to say. You can see him thinking, wheels turning, and then decide to axe a comment and jump into a song in lieu of a quip.

With moderate crowd interaction, fans did yell for them to "play something from 2005," alluding to their breakthrough album, Underwater Cinematographer. Instead they played a song from 2003, a song that Jewett wrote, quote-unquote: "when I had lots of pimples on my back. Just tons of pimples on my back." Like I mentioned, not the best banter, just awkward stage presence. When it came time to close with "Present of Future End," the banter was shelved to showcase MSR's broad range and earnest talent in their distinct soundscape. 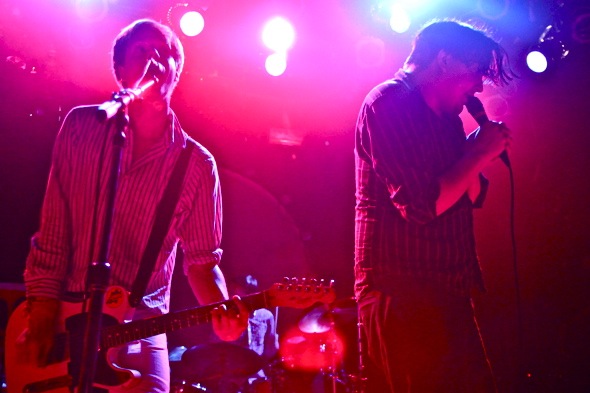 When Art Brut hit the stage, I think only a handful of the audience knew what to expect. — a bit of performance art fused with indie sensibilities. The crowd was receptive and immediately grew. Art Brut, an oddball indie band from the U.K., is damn entertaining. Although they came out at a time when the U.K. was pumping out bands like Bloc Party and Franz Ferdinand, Art Brut isn't designed for the mainstream. They're brilliant performers, which is to say that lead singer/performer Eddie Argos - a plump, curious fellow - is undoubtedly charismatic. As my friend who had never heard of them before noted, "it sounds like a punk version of someone just talking over instrumentals, but with an accent." That's fair.

Unlike MSR, Argos was spot-on with his banter and stage presence. As he noted, stopping halfway through the song, "My Little Brother" to note: "If you want your parents to worry about you, start a band with immediate success and then plateau. That's us ... Uh, what song are we playing?" 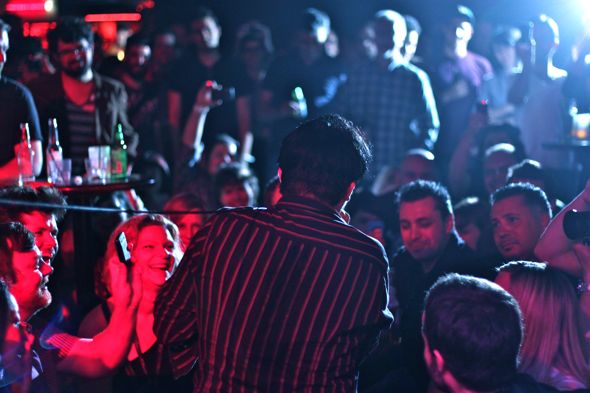 The performance art, if you want to call it that, culminated with Argos leaving the stage to belt out his accent-heavy lyrics in the crowd. Telling an elaborate, odd story about going to a modern art gallery and touching a Van Gogh painting. After a couple minutes he had the crowd sitting down around him on the floor as he tells his story. "Now how did I get myself into this mess with everyone sitting? How do I get myself out of this?" he muses, before adding: "I'm a big drunk. But I'm a professional." A professional indeed, as you didn't really know what you were experiencing at the moment, but it didn't matter, it just worked. It was mere entertainment. I do worry a little that the entertainment factor outweighed the music factor, but whatever. 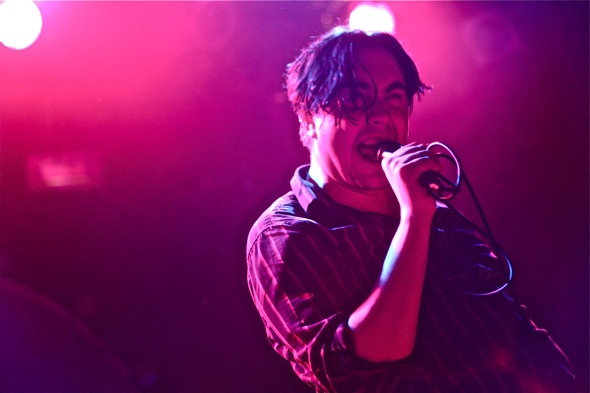 As we left and joined the sprawl of the Taste of Little Italy, I had a smile plastered on my face. It remained there as we biked off to see the Stars play to what I'm pretty sure was every young person in the city.